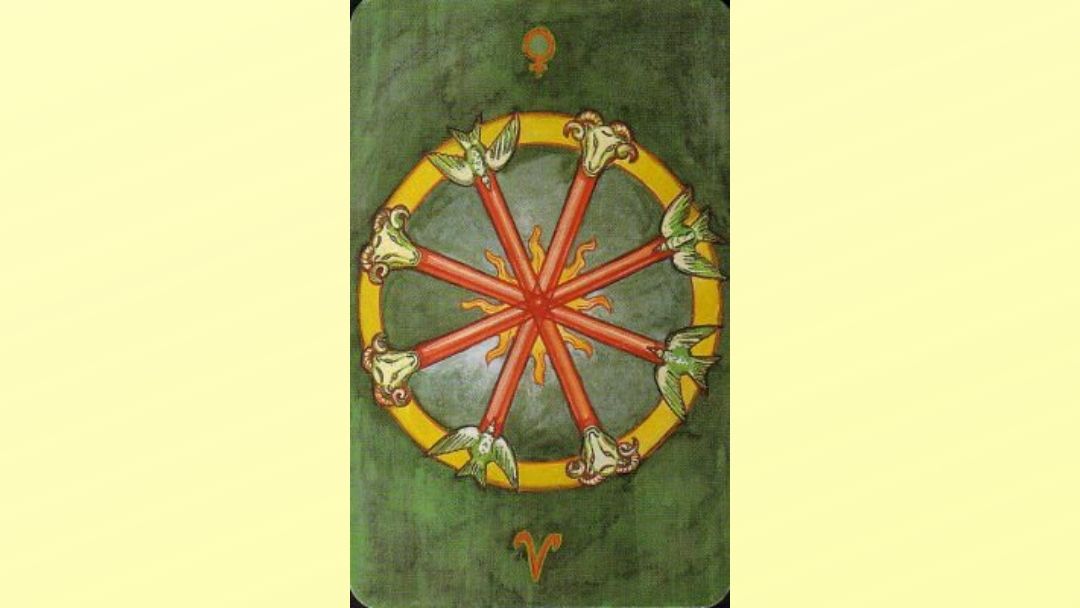 Completion means building up and establishing one’s actions. Fulfilment of conclusion. There is no antonym.

In the Wands suit, the card is called Completion. The manifestation promised by Binah has now taken place. This number must be very solid, because it is the actual dominating influence on all the following cards. Chesed, Jupiter-Ammon, the Father, the first below the Abyss, is the highest idea which can be understood in an intellectual way, and that is why the Sephira is attributed to Jupiter, who is the Demiurge.

Building a solid system of law, order and government. The work is completed, but limited.

Magical Image of the Third Face of Aries in Picatrix

In the third face of Aries arises the figure of a white man, pale, with reddish hair, and clothed with a red garment, who carrying on the one hand a golden Bracelet, and holding forth a wooden staff, is restless, and like one in wrath, because he cannot perform that good he would. This image bestows wit, meekness, joy and beauty.

Picatrix suggests that completion of a project is not enough – there is always more to do. 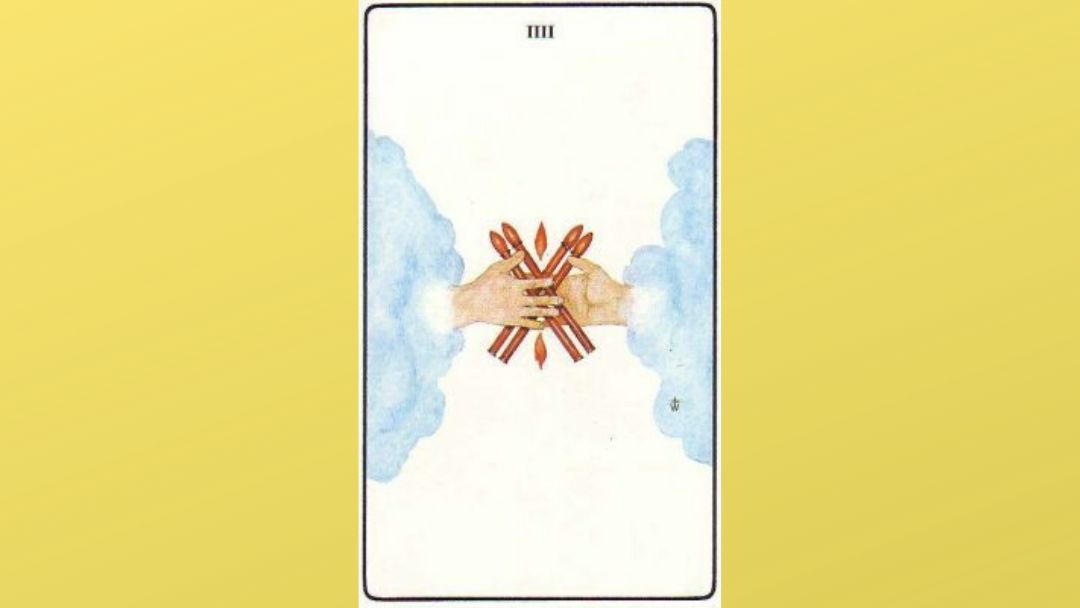 Union of opposites, which may express itself as a marriage; the quiet before the storm; the unexpected (as in fire and water giving rise to air); shifting emotions; unexpected shifts, safe haven constructed with much labour. 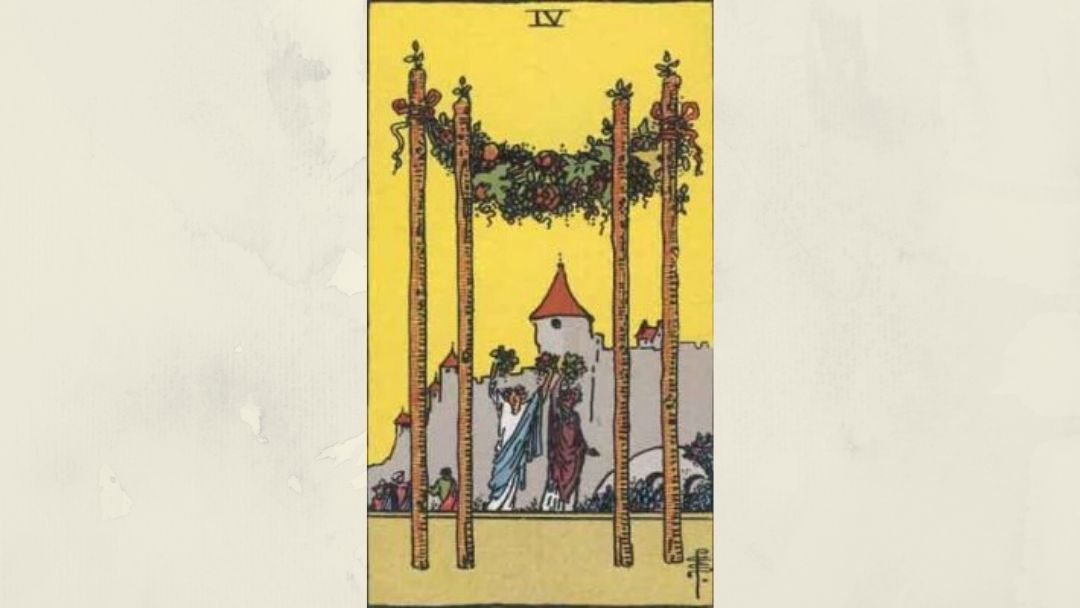 Country life, haven of refuge, a species of domestic harvest-home, repose, concord, harmony, prosperity, peace, and the perfected work of these.