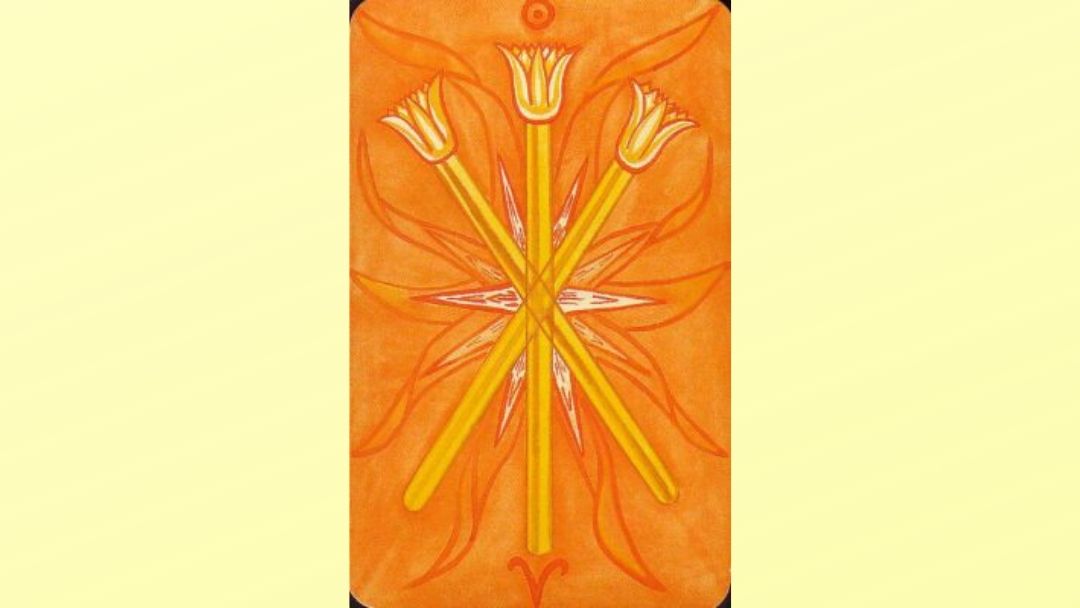 Three of Wands shows movement of the active impulse into a more creative phase. Exploring the possibilities. Increasing the chances of the action succeeding. Creating a supporting environment for the action, such as a new business. Checking the ecology of the action – will it be supported beyond its environment? Will people accept the action?

The antonym of virtue is vice.

The Three of Wands is accordingly the Lord of Virtue. The idea of will and dominion has become interpreted in Character.

2nd Face of Aries in Picatrix

In the second face of Aries ascends a form of a woman, outwardly clothed with a red garment, and under it a white, spreading abroad over her feet, and this image causes nobleness, height of a Kingdom, and greatness of dominion.

It would seem that Mathers saw Virtue as the image of the woman. 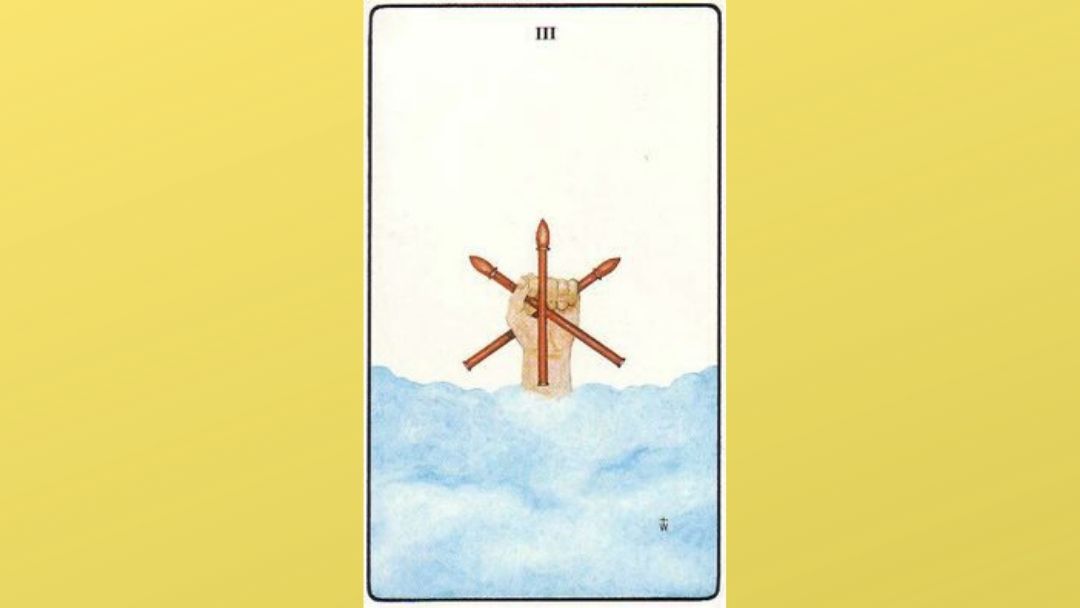 Power, strength, magnetism, all generally, though not necessarily – of a sexual nature. 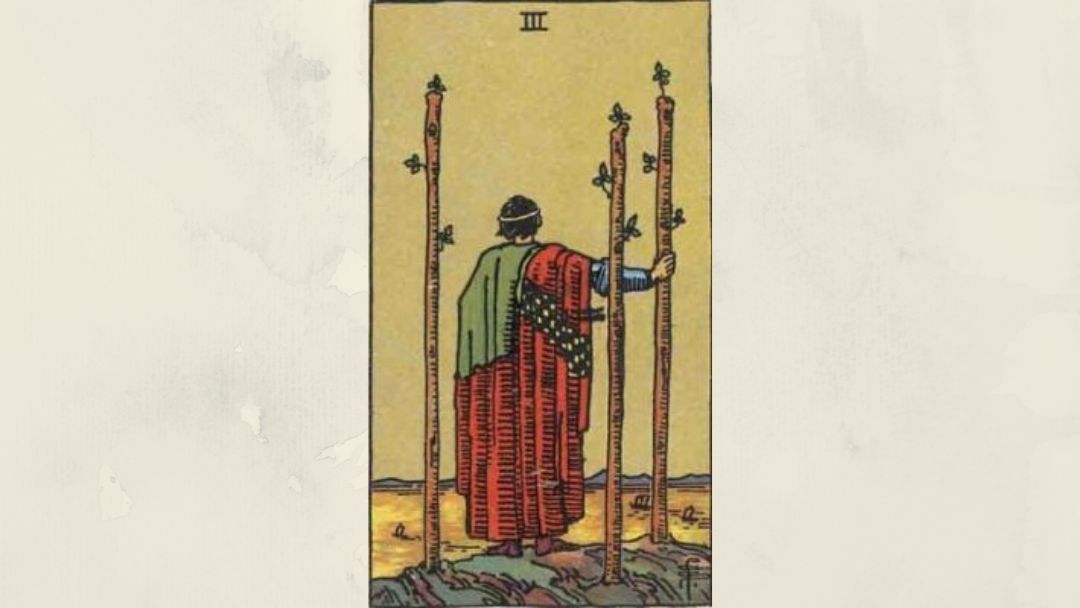