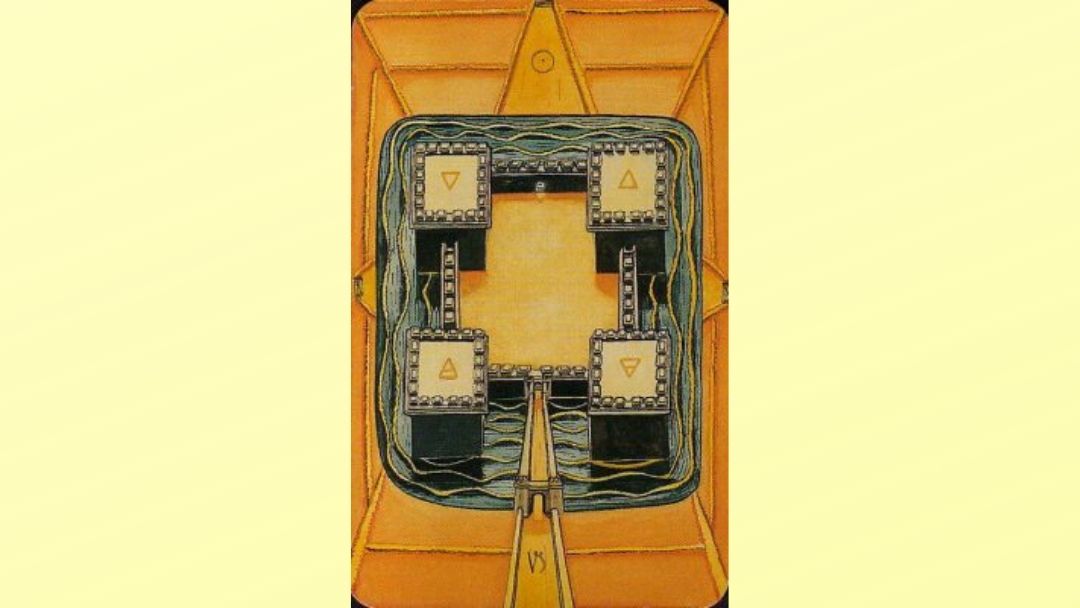 The meaning of power is the ability to act, to achieve something. Political strength, authority.

The Four of Disks shows consolidation of a new business or venture so that it has solid foundations and can be built upon.

Picatrix describes the limitations of holding onto power.

As to the Disks, the heaviness of the symbol rather outweighs any considerations of its weakness. The card is called Power. It is the power which dominates and stabilizes everything, but manages its affairs more by negotiation, by pacific methods, than by any assertion of itself. It is Law, the Constitution, with no aggressive element.

Magical Image of the Third Face of Capricorn in Picatrix

In the third face of Capricorn ascends a woman chaste in body, and wise in her work, and a banker gathering his money together on the table; the signification of this is to govern in prudence, in covetousness of money, and in avarice.

Picatrix gives a good example of holding onto one’s possessions and power above all else. 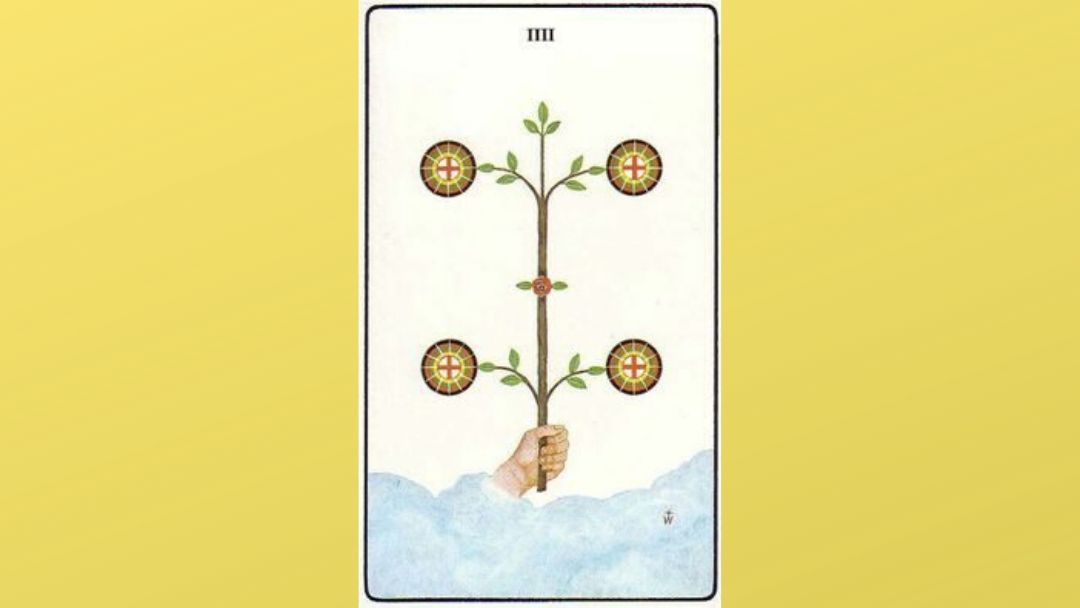 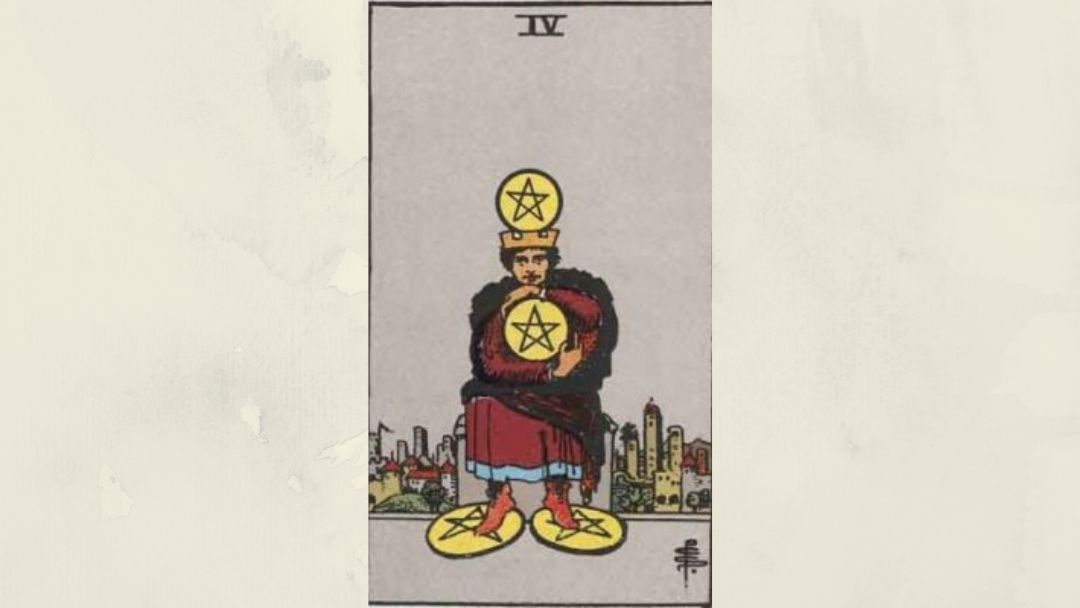 The surety of possessions, cleaving to that which one has, gift, legacy, inheritance.