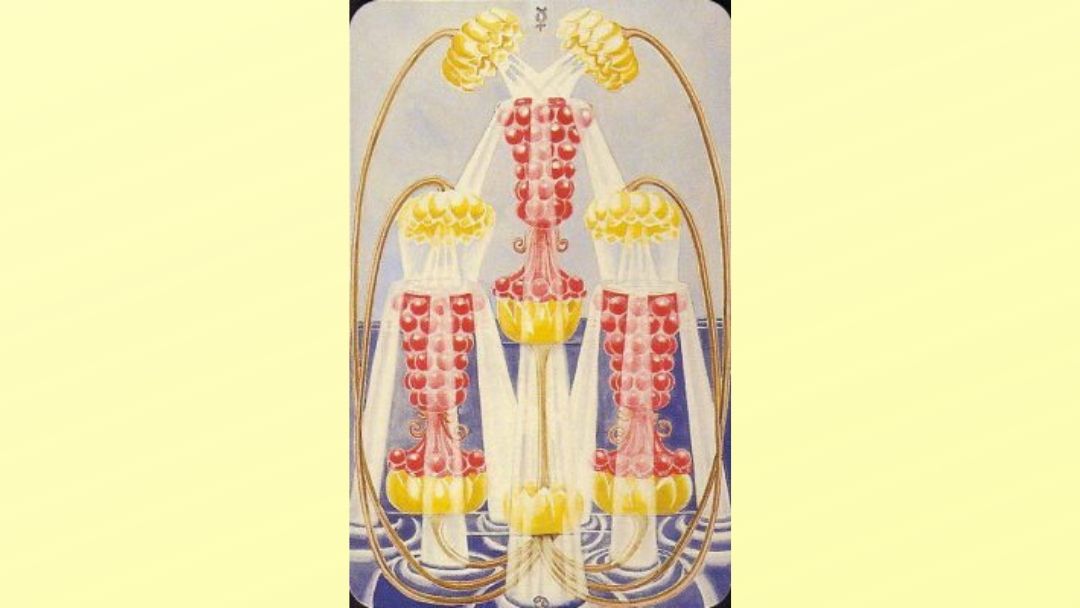 The Three of Cups shows expectations arising from the union of the Two. This can be pregnancy, a birth, engagement or marriage proposal, or maybe a romantic interlude. Either way, those expectations are very likely to happen. Joy and celebrations.

The Three of Cups is called the Lord of Abundance. The idea of love has come to fruition; but this is now sufficiently far down the Tree to introduce a very definite differentiation between the suits, which was not previously possible.

The Three of Cups is a great indicator of dreams coming true.

The second or Succedent decan of Cancer is ruled by Mars from July 2nd-12th.

Magical Image of the Second Face of Cancer in Picatrix

In the second face of Cancer ascends a man clothed in comely apparel, or a man and woman sitting at the table and playing; it bestows riches, mirth, gladness, and the love of women

Picatrix is clearly the inspiration for the Three of Cups. 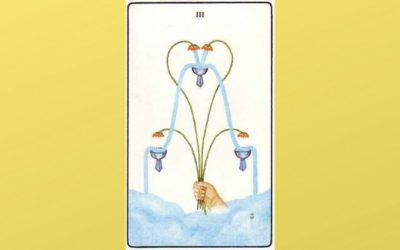 Success in your desires, pleasure, happiness. 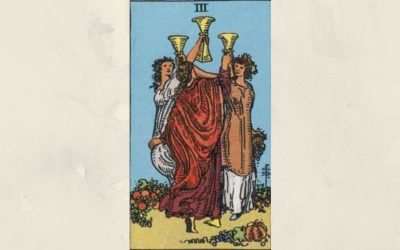 The conclusion of any matter in plenty, perfection and merriment; happy issue, victory, fulfillment, solace, healing.