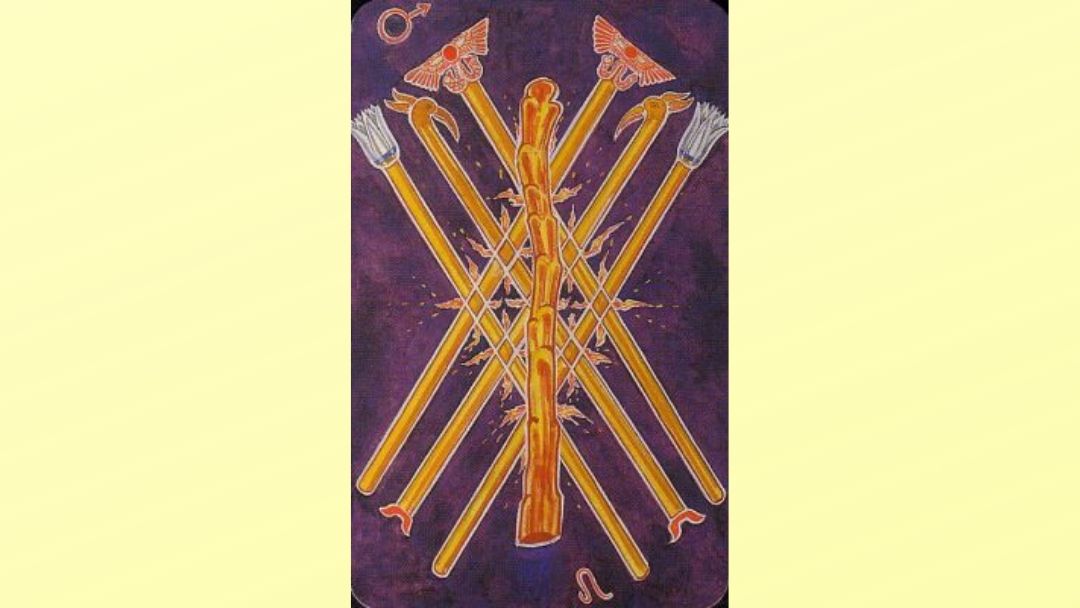 Valour means bravery in the face of great danger. The antonym for valour is cowardice.

The Seven of Wands suggests finding new uses for the action. Discovering that the action is making changes into new areas. Making the action go further than it was originally intended.

The Seven of Wands is called Valour. Energy feels itself at its last gasp; it struggles desperately, and may be overcome. This card brings out the defect inherent in the idea of Mars. Patriotism, so to speak, is not enough.

The discipline of the army is falling apart – it is now up to the individual effort of the soldiers.

The Magical Image of the Third Face of Leo in Picatrix

In the third face of Leo ascends a young man in whose hand is a Whip, and a man very sad, and of an ill aspect; they signify love and society, and the loss of ones right for avoiding strife.

Picatrix shows the need for bravery to stand up for society despite the risk of violence or strife. 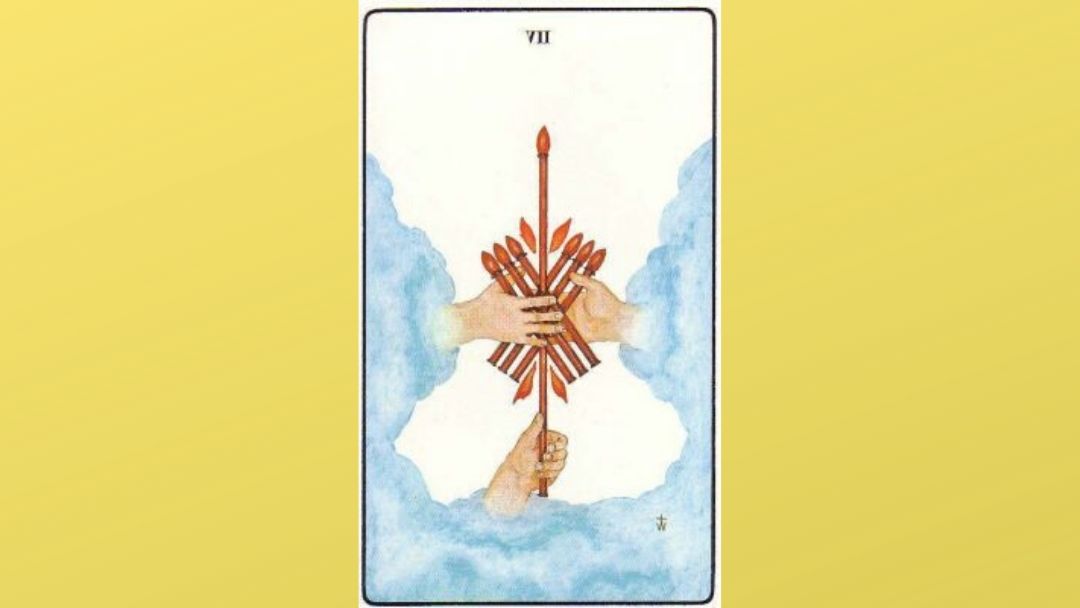 Forceful and decisive action in the matter at hand, bringing to bear the full force of emotional involvement in the situation; swift emotional ordeals leading to a refinement of personality or spiritual essence; persons united by anger. 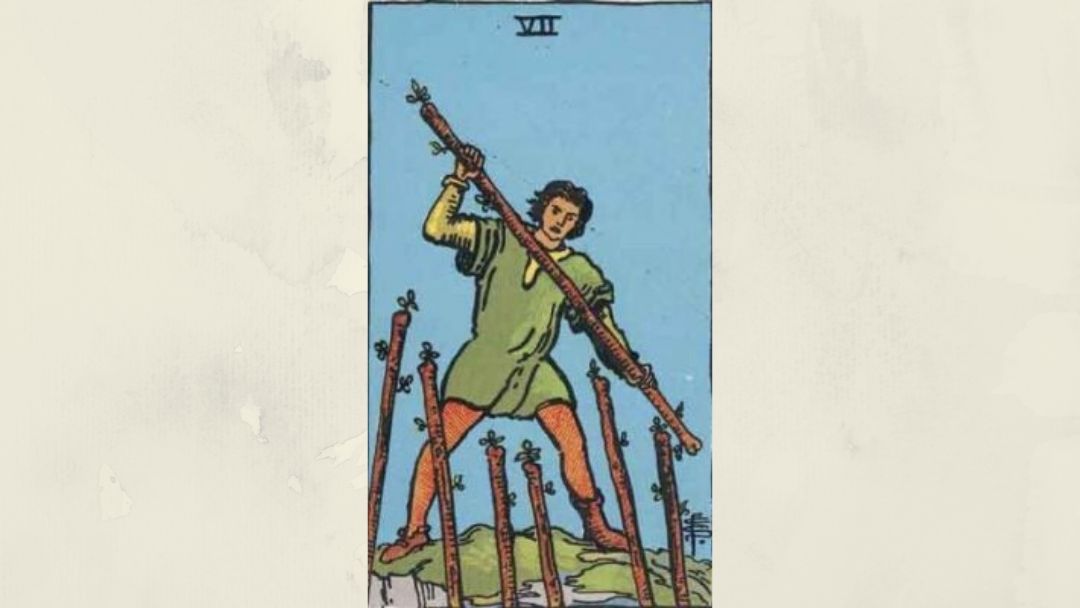