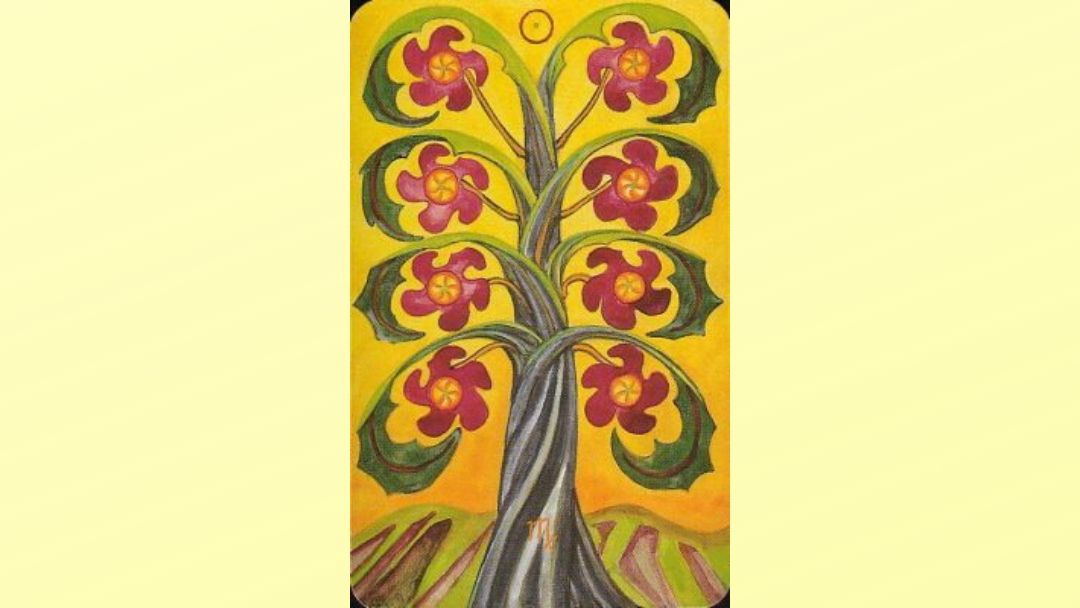 Eight of Disks Prudence has several meanings; being prudent, caution in practical matters, discretion. Regard for one’s interests. The antonym of prudence is rashness.

The Eight of Disks is about improving project and ventures. A time for nurturing.

The Eight of Disks is called Prudence. This card is a great deal better than the last two, because, in purely material matters, especially those relating to actual money, there is a sort of strength in doing nothing at all. The problem of every financier is, first of all, to gain time; if his resources are sufficient, he always beats the market.  “Putting something away for a rainy day”.

Its attribution is Sol in Virgo; the husbandman; he can do little more than sow the seed, sit back, and wait for the harvest. There is nothing noble; like all the Eights, it represents an element of calculation, and gambling is securely profitable if one has adjusted the cagnotte properly.

The Eight of Disks represents the geomantic figure Populus, which is an easy-going figure, and at the same time stable. One thinks of Queen Victoria’s time, of a man who is “something in the City” rolling up to Town with Albert the Good advertised by his watch- chain and his frock-coat; on the surface he is very affable, but he is nobody’s fool.

Magical Image of the First Face of Virgo in Picatrix

In the first face of Virgo ascends the figure of a good maid, and a man casting seeds; it signifies getting of wealth, ordering of diet, plowing, sowing, and peopling.

Picatrix gives a bucolic picture of the accumulation of wealth, as distinct to the Nine and Ten of Disks. 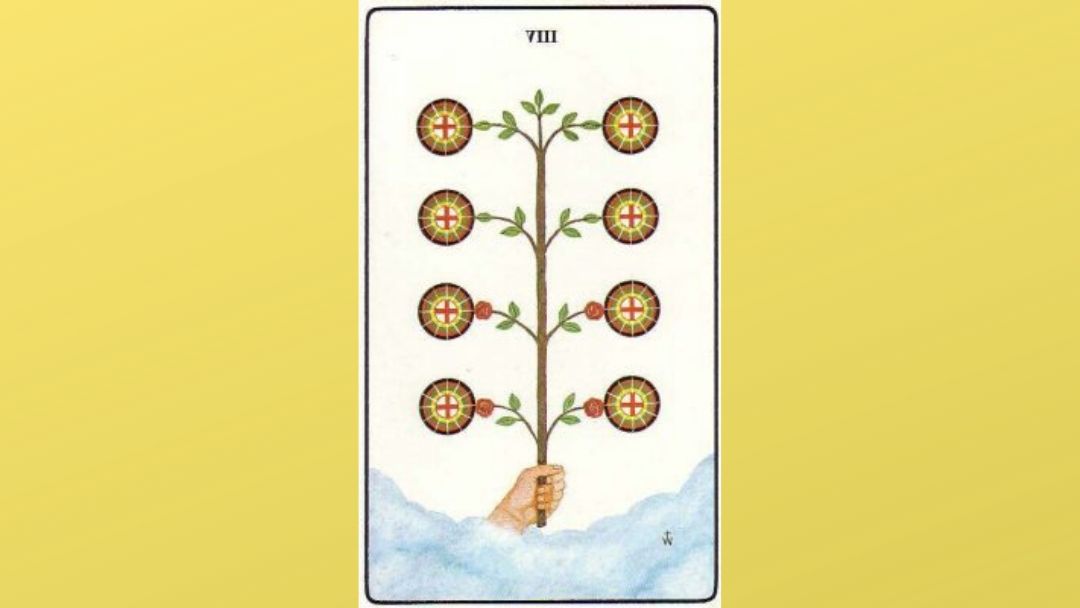 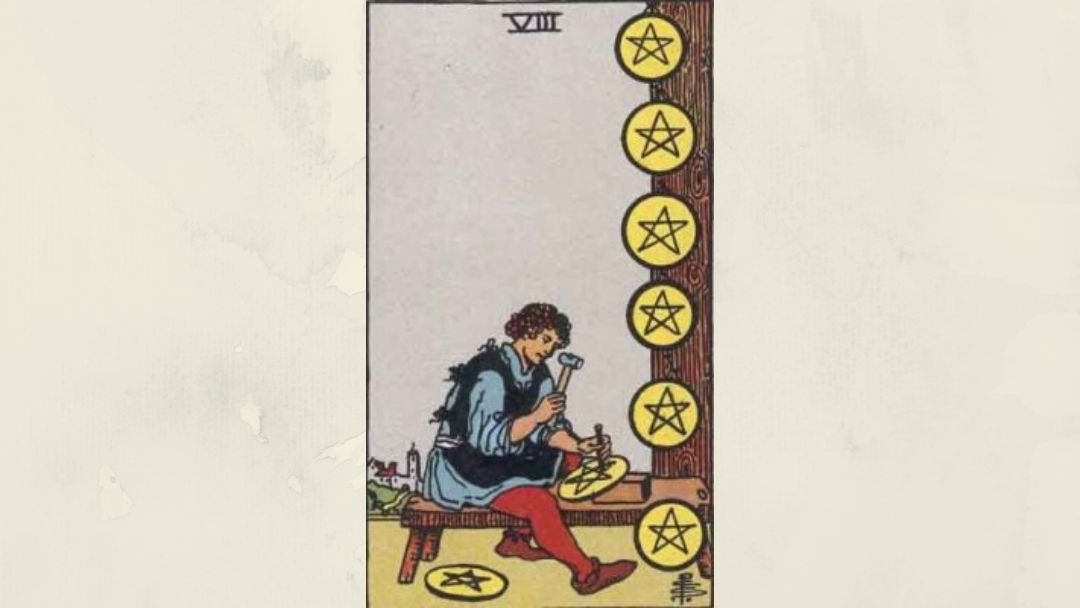