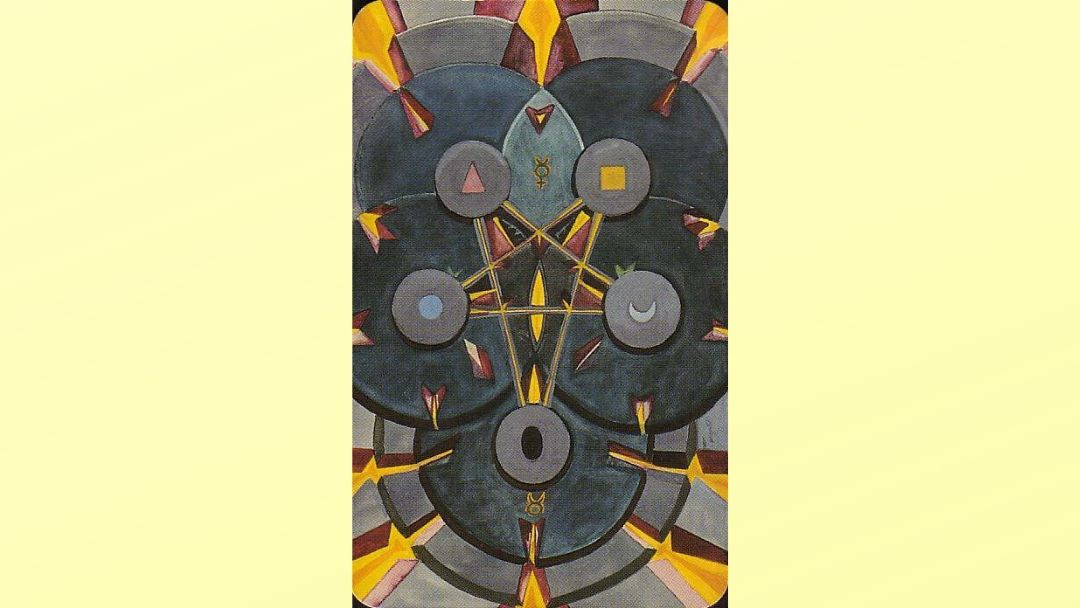 Worry means to torment oneself with disturbing thoughts, anxiety. To harass by biting etc. A feeling of disquiet.

The Five of Disks is about testing the new project – finding strengths and weaknesses.

In Picatrix the worry comes from the lack of vision by uneducated people who are not seeing immediate progress.

The Five of Disks is in equally evil case. The soft quiet of the Four has been completely overthrown; the card is called Worry. [See Skeat, Etymological Dictionary. The idea is of strangling, as dogs worry sheep. Note the identity with Sphinx.] The economic system has broken down; there is no more balance between the social orders. Disks being as they are, stolid and obstinate, as compared with the other weapons, for their revolution serves to stabilize them, there is no action, at least not in its own ambit, that can affect the issue.

Magical Image of the First Face of Taurus in Picatrix

In the first face of Taurus ascends a naked man, an Archer, Harvester or Husbandman, and goes forth to sow, plough, build, people, and divide the earth, according to the rules of Geometry.

The first or Ascendant decan of Taurus is ruled by Mercury from April 20th-30th.

We see this card as loss, but Picatrix shows a skilled man who is preparing the land and people for something better, but maybe they do not have the vision or patience to see what he is doing. 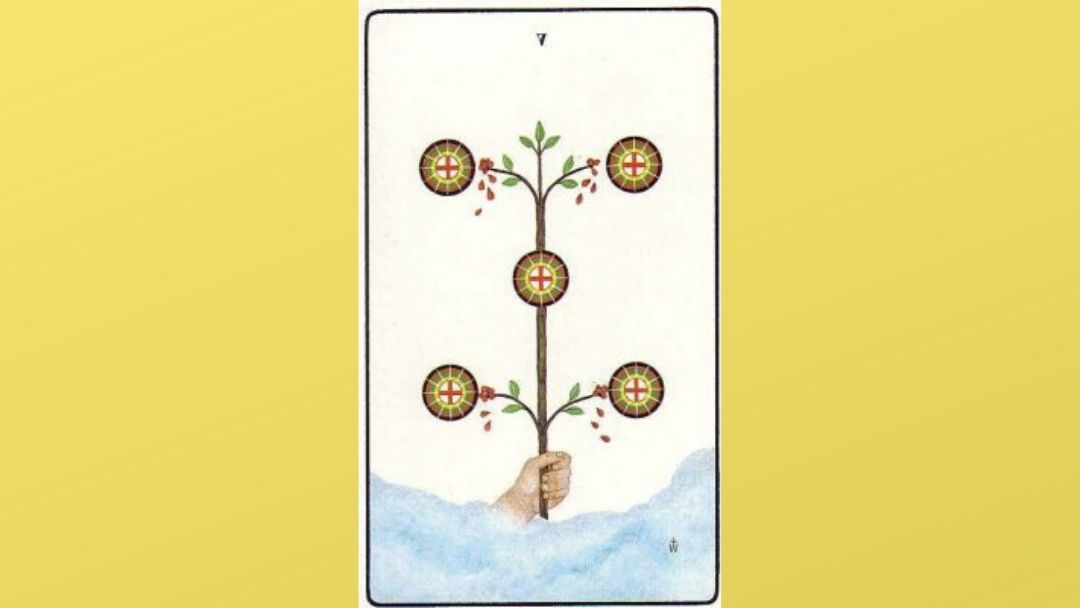 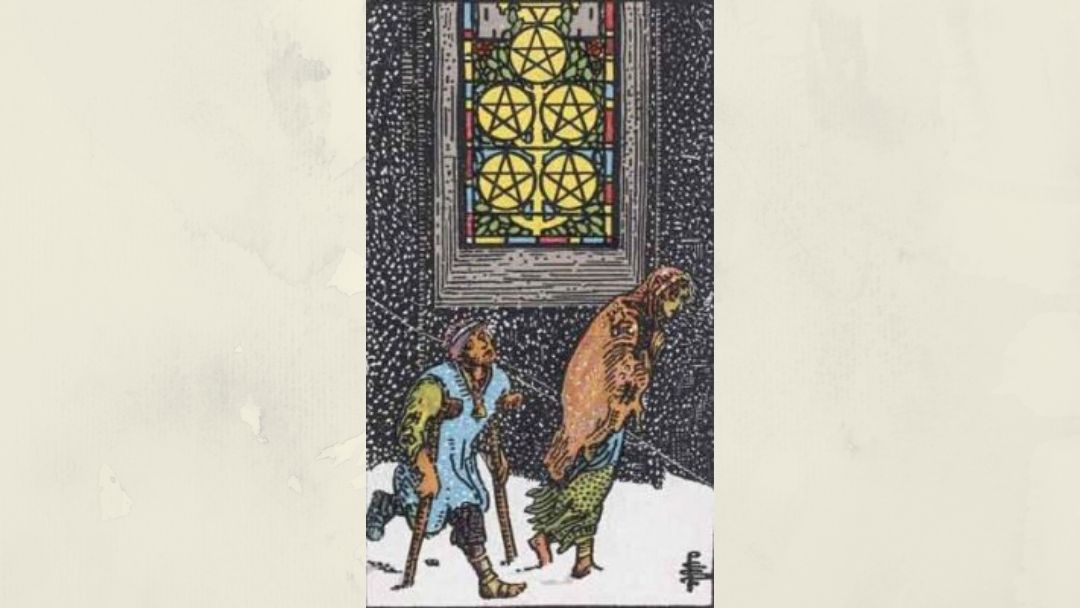 The card foretells material trouble above all, whether in the form illustrated — that is, destitution — or otherwise.