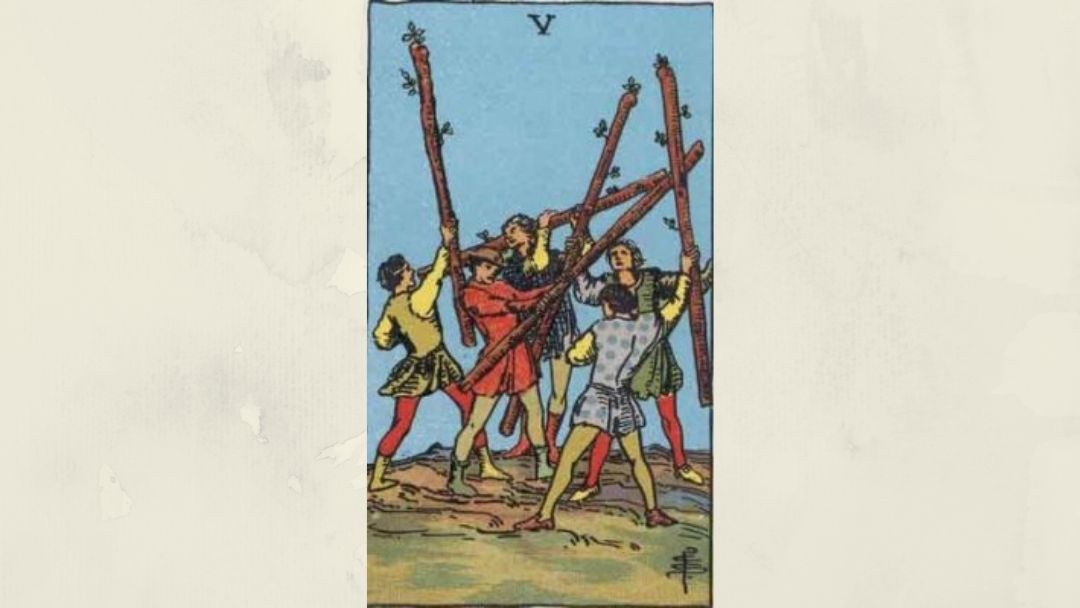 A posse of youths, who are brandishing staves, as if in sport or strife. It is mimic warfare, and hereto correspond.

Imitation, as, for example, sham fight, but also the strenuous competition and struggle of the search after riches and fortune. In this sense it connects with the battle of life. Hence some attributions say that it is a card of gold, gain, opulence.

Additional Meanings: Quarrels may be turned to advantage.

In the triangle are the Tables of the Law, referring to the Hebrew attribution of 5 to Justice. But 5 is also Severity, and is called the Sphere of Mars, which somewhat modifies the meanings of the card.

First decanate of Leo, July 23rd to August 1st, ruled by the Sun.

Power, and pleasure in exercising it; adventure, speculation, and uncertainty; strong attachments.

Air on the Fifth house: that of the sun. The house of the heart and of children, of speculation and love affairs, of pride and of will-power. There is more of the richness of the heart in it than of material abundance, though generally Leo-people know how to reach the latter. It is a house of Fire, and the combination of Fire and Air makes warm air, which may be used to heat rooms, in the same way as words, that contain warm feelings of the heart, will do good to other people, and on the other hand hot speech will arouse lively contradiction. Here is the same mistake: the card is not that of contradiction, but of hot speech, very positive expression, and contentions, suggestions, rather than discussion, egocentric thought, from which we may conclude, that it will evoke contradiction, or some other effect. But we have to do with the proper meaning of a card itself. It is quite true, that the house Leo may bring gold and presents. Thought-power taken to heart, or taking its motives from love and from the desires and wishes of the heart, may very often be more selfish than reasonable, but it is a real pushing power and therefore generally is the most helpful element towards attaining the goal. This, of course, has been the reason for ascribing riches, etc., to this card.

Egotism, positive speech, contention, persuasion, suggestion, hot speech, demonstration (e.g. of love or desire); pushing power; all this may lead to trickery, to competition perhaps, and to struggle for riches certainly; it means speaking and thinking to such a self-centred way, that no notice is taken of other people’s standpoint; consequently clashing of opinions; sometimes it may allude to gold and presents, but to the promise rather than to the fact. There is little or no evil in this card. At most it may denote stupid and childish persistence in one’s own personal opinion, e.g. wishes. It has something sunny in it and is good for health and wealth in a general way, promoting both, but it is not ‘riches’ in itself. 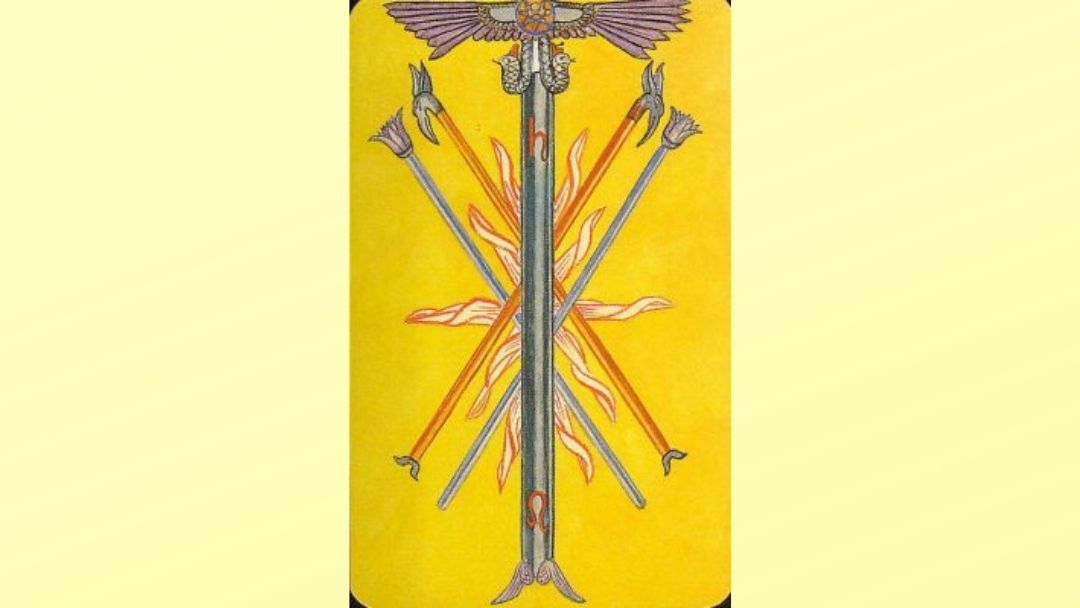 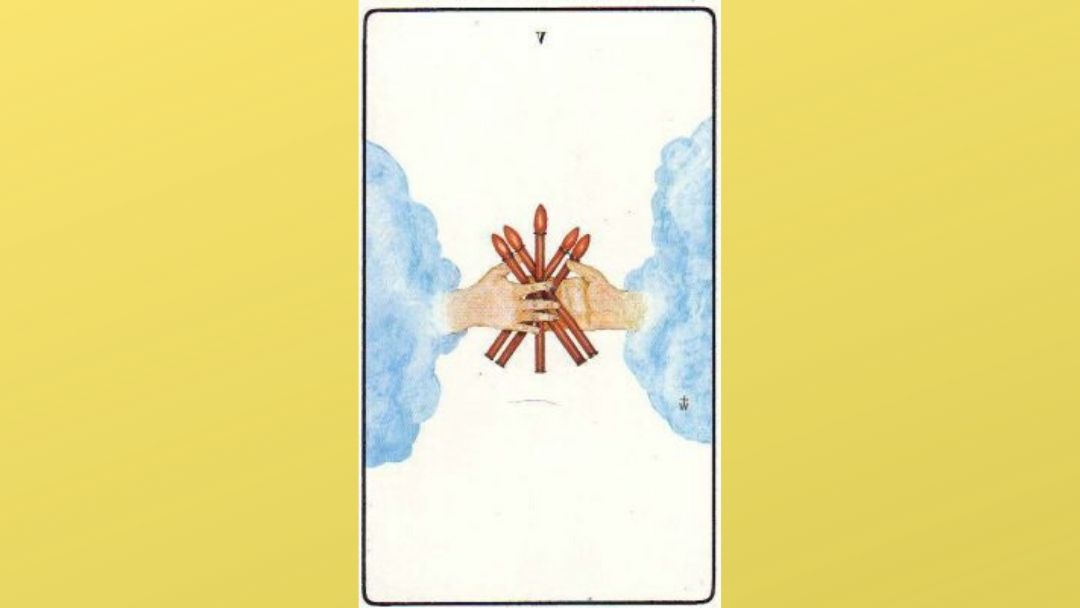 Pain, especially physical; an aching questioning of one’s actions leading to despair. War. Strife, internal or external. Actions against life and death must lead to regret. (Constructive use of a potentially destructive force. The ability to still question things and ideas to which one has given much.)