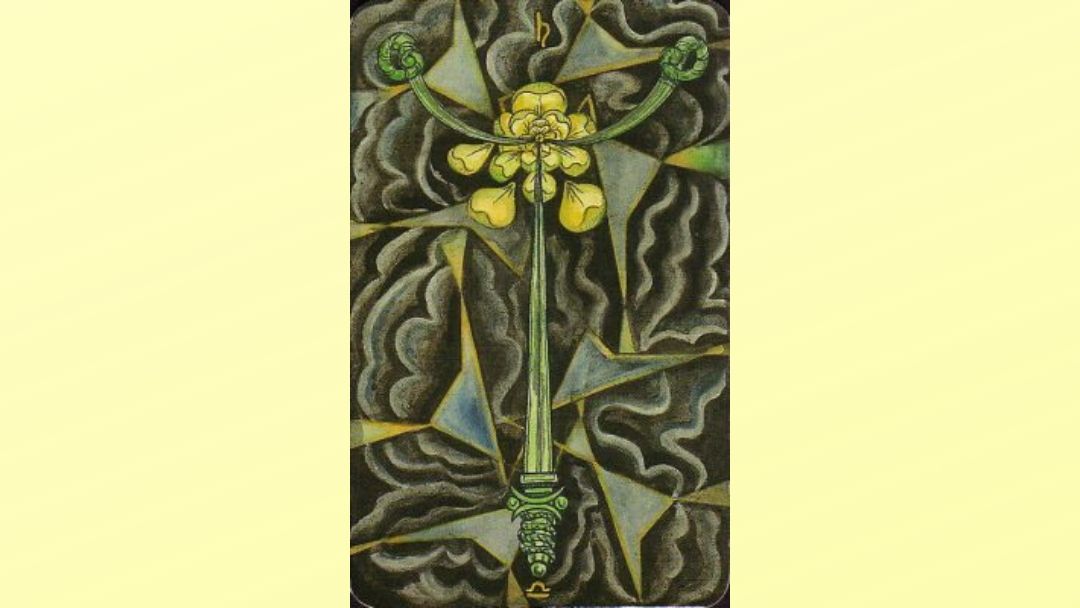 The Three of Swords show irreconcilable differences manifest as time goes on. You are unable to maintain the new sense of identity with the old situation – something has to give. The patches can no longer be patched up. Continue in the same way, and you will get ill.

Picatrix shows a more dynamic picture between active and passive, good and evil that are irreconcilable.

The idea of division, of mutability, the idea of the airy quality of things, manifests itself in the Three of Swords, the Lord of Sorrow. Here one is reminded of the darkness of Binah, of the mourning of Isis; but this is not any vulgar sorrow dependent upon any individual disappointment or discontent. It is Weltschmerz, the universal sorrow; it is the quality of melancholy.

Magical Image of the Second Face of Libra in Picatrix

In the second face of Libra ascend two men furious and wrathful and a man in a comely garment, sitting in a chair; and the signification of these is to shew indignation against the evil, and quietness and security of life with plenty of good things.

Picatrix presents a more dynamic picture between good and evil, active and passive. 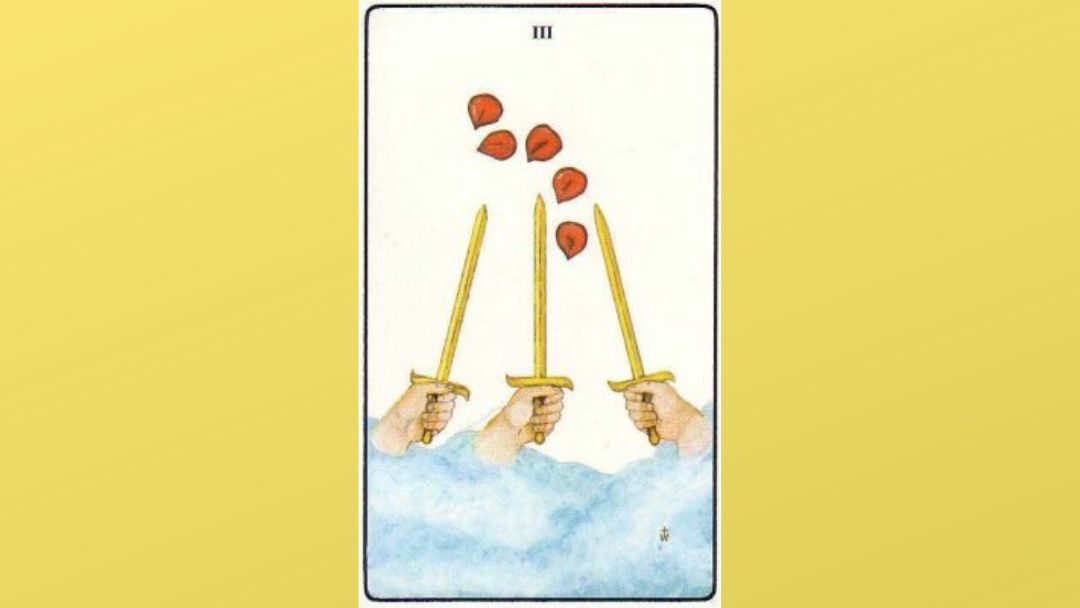 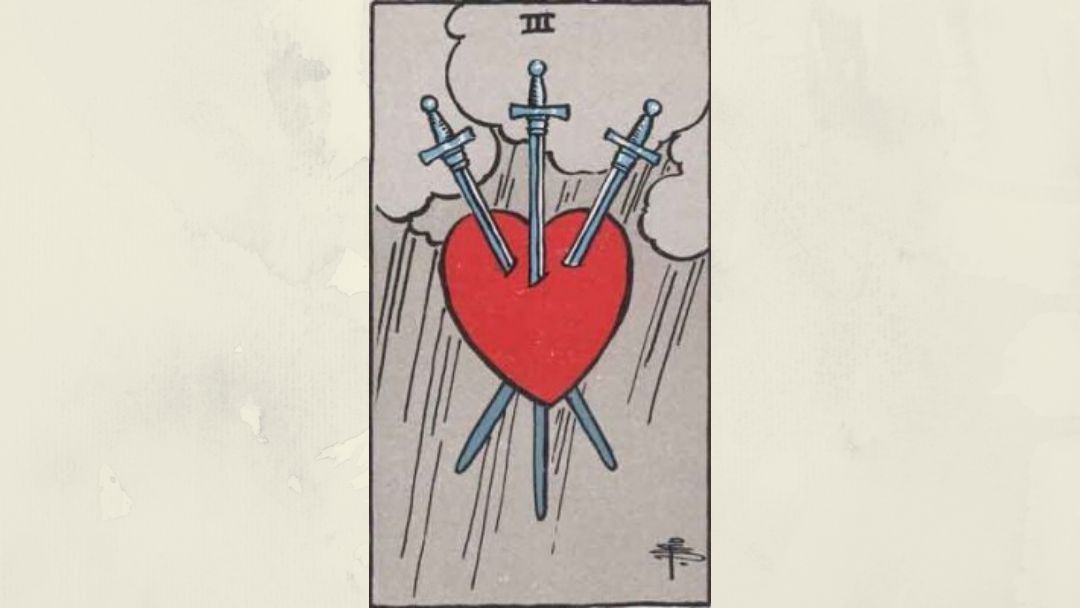 Removal, absence, delay, division, rupture, dispersion, and all that the design signifies naturall