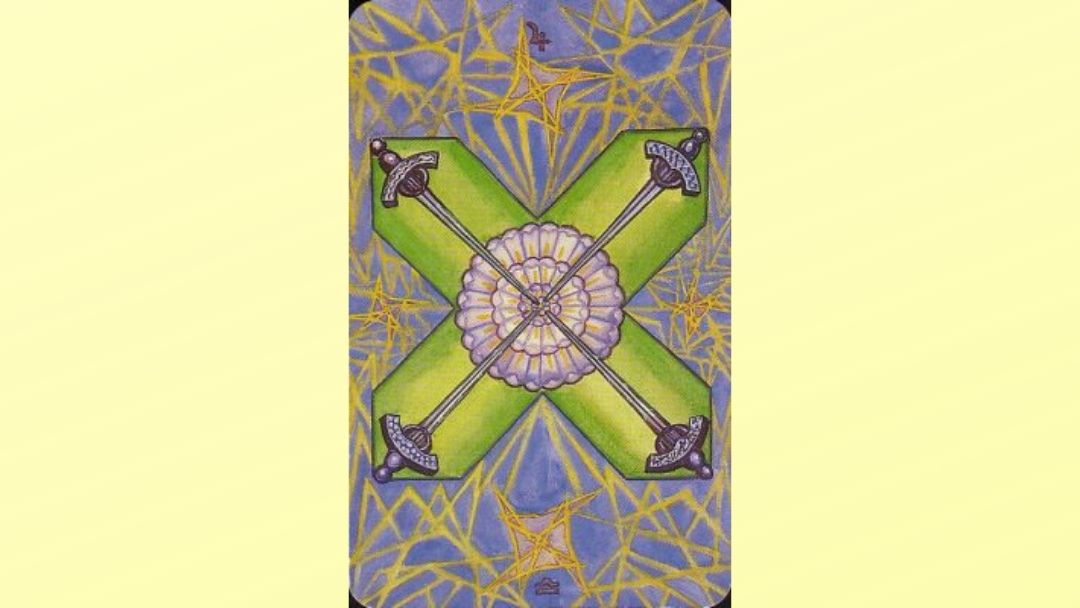 Truce means a suspension of hostilities, a ceasefire. Temporary respite from pain.

The Four of Swords is a time of rest and recuperation so that you can assimilate those potential hurts and loss experienced in the Three of Swords. Time spent away from your situation on holiday. Deciding you require friends rather than lovers or partners for the time being. Finding people with similar interests and ideas. Solace in the group.

The Four of Swords is called Truce. This seems rather on the lines of “the strong man armed, keeping his house in peace”. The masculine nature of air makes it dominant. The card is almost a picture of the formation of the military clan system of society.

The Four Swords shows a time of peace, away from struggle.

Magical Image of the Third Face of Libra in Picatrix

In the third face of Libra ascends a violent man holding a bow, and before him a naked man, and also another man holding bread in one hand, and a cup of wine in the other; the signification of these is to shew wicked lusts, singings, sports and gluttony.

The interpretation of Picatrix is entirely at odds with the divinatory meanings. Perhaps the repose of the Four of Swords is merely a device to ignore goings on that appear as we enter Scorpio. Crowley suggests such a thing in The Book of Thoth.

A man, decked with gems, wearing golden quiver and armour and frightening the animals in the wilderness, resembling a monkey and holding in the hand fruits and flesh.

Fiscal success. They have an aptitude for hotel management. They love music and the fine arts. They may have to struggle hard in early life. Their life will be marked by sudden elations. 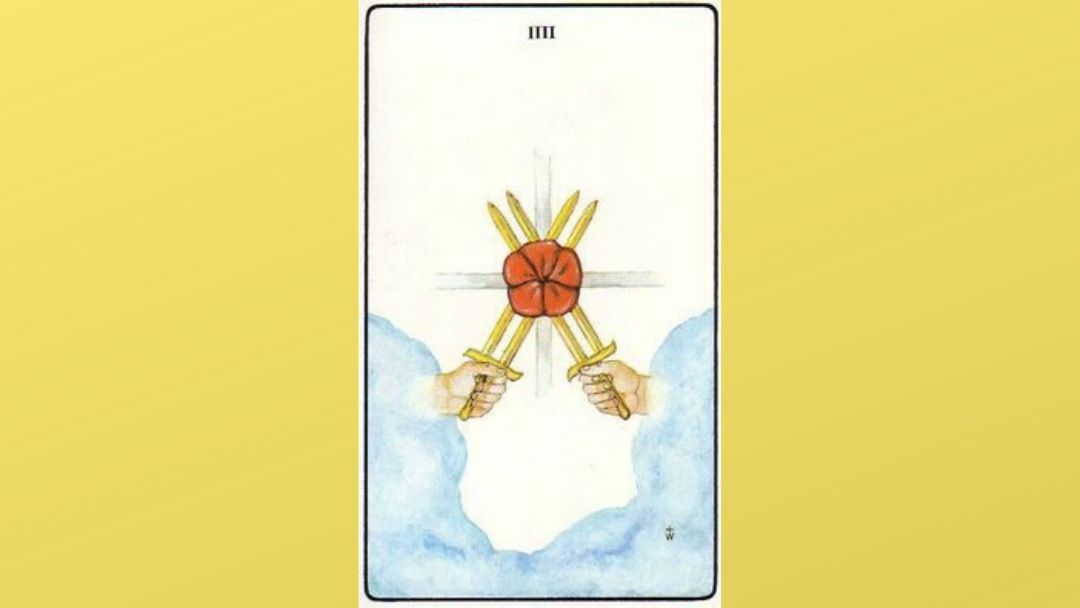 Lord of Rest from strife – 4 of Swords – Golden Dawn 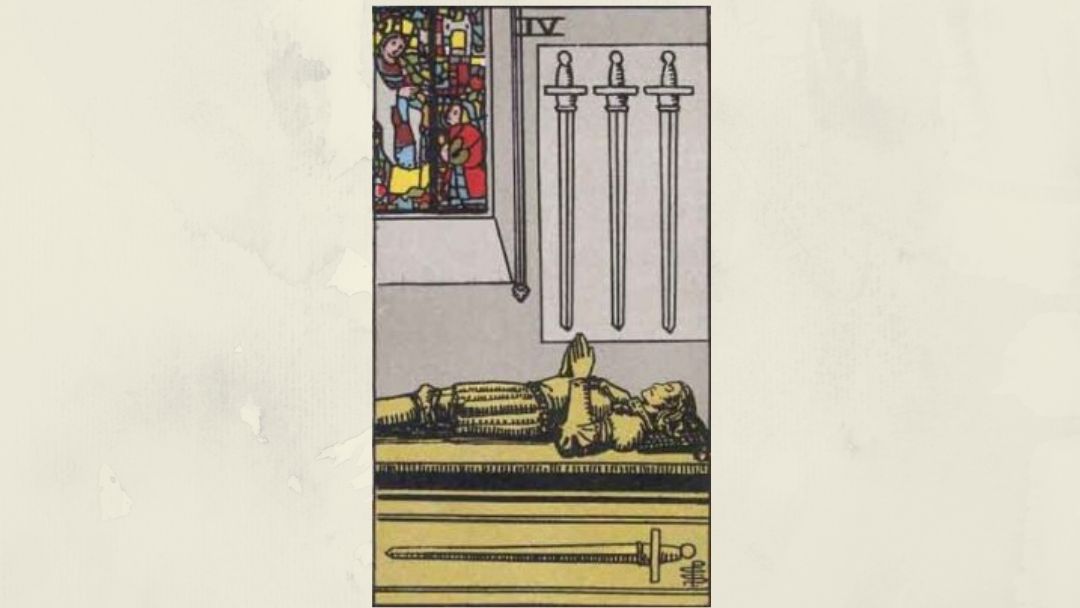