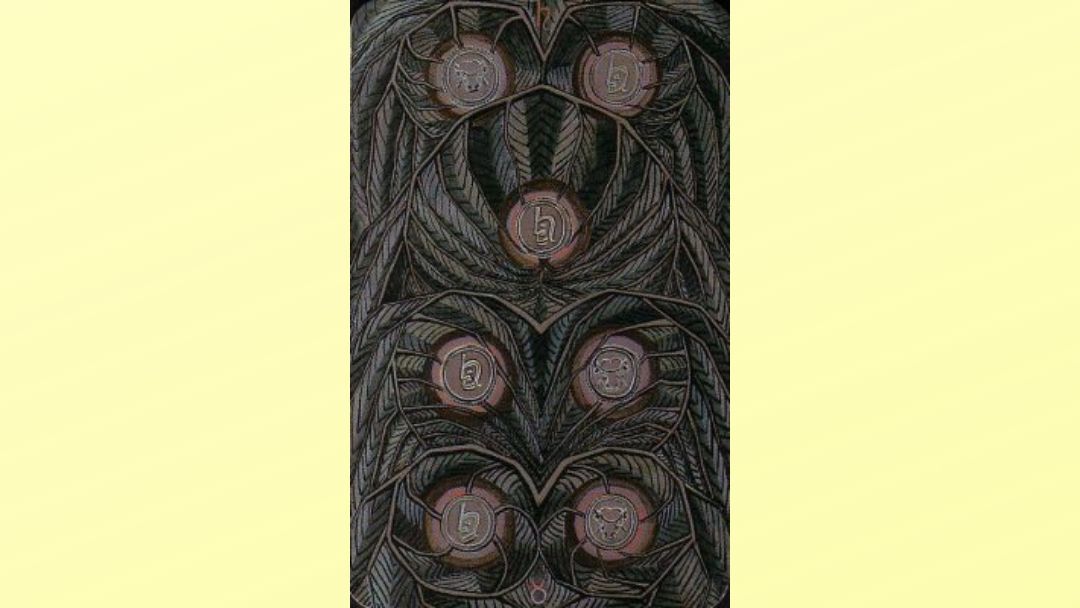 The Seven of Disks suggests borrowing money to finance a project. Coming up against obstacles to success. Hard work with no sign of success.

Picatrix gives a more balanced picture of potential for gain as well as loss.

The Seven of Disks is called Failure. This suit gives the extreme of passivity; there is no positive virtue in it below the Abyss. This card is ruled by Saturn. Compare it with the three other Sevens; there is no effort here; not even dream; the stake has been thrown down, and it is lost. That is all. Labour itself is abandoned; every thing is sunk in sloth.

Magical Image of the 3rd Face of Taurus in Picatrix

In the third face of Taurus ascends a man in whose hand is a Serpent, and a dart, and is the image of necessity and profit, and also of misery & slavery.

The third or cadent decan of Taurus ruled by Saturn from May 11th-20th.

Picatrix shows the potential for gain as well as loss, which has been glossed over in modern interpretations. 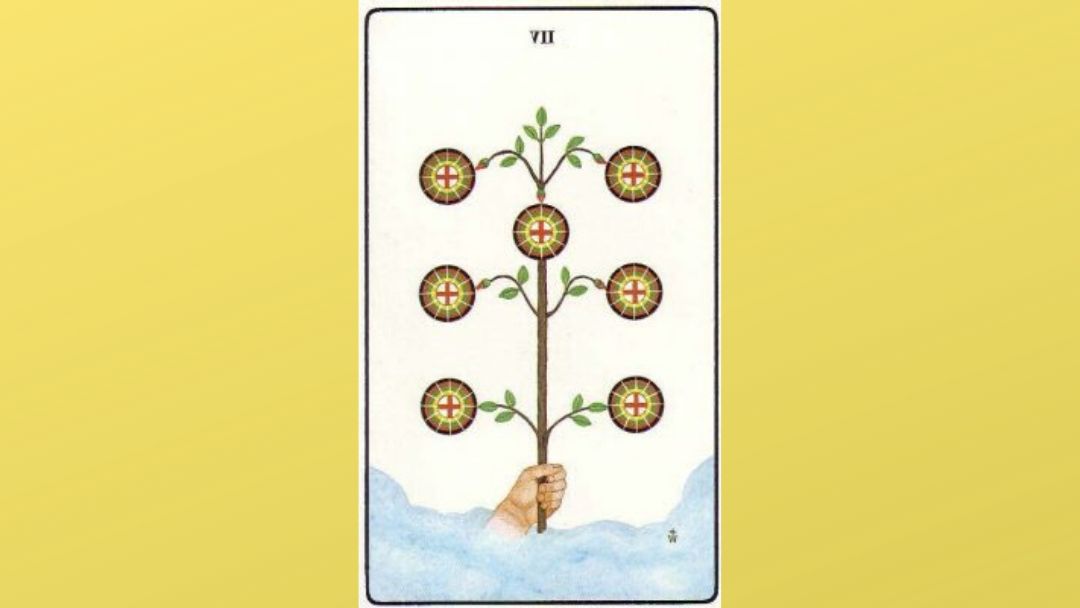 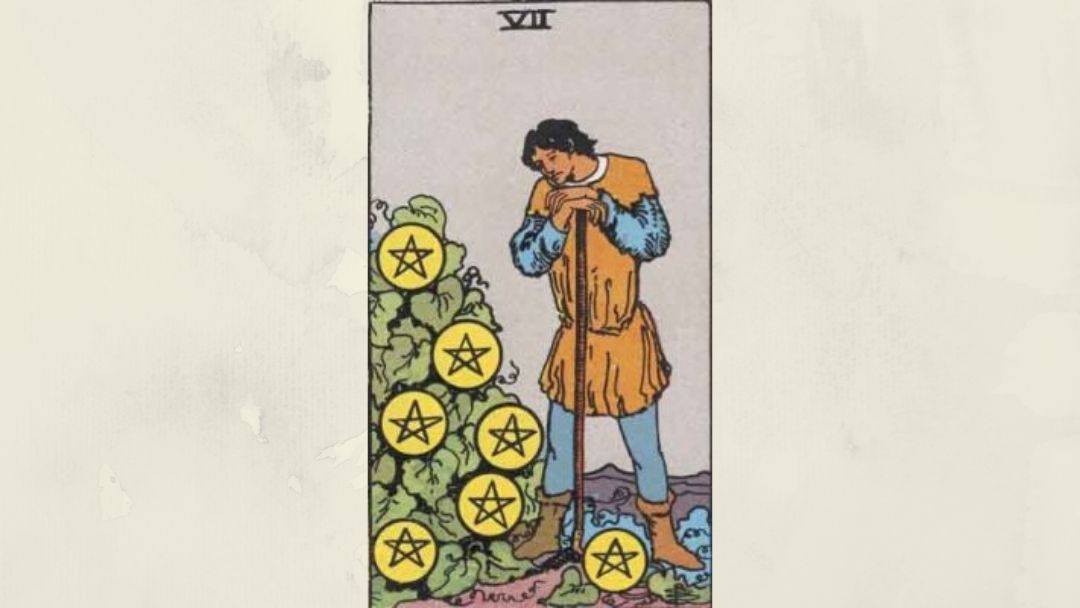 These are exceedingly contradictory; in the main; it is a card of money, business, barter; but one reading gives altercation, quarrel — and another innocence, ingenuity, purgation.