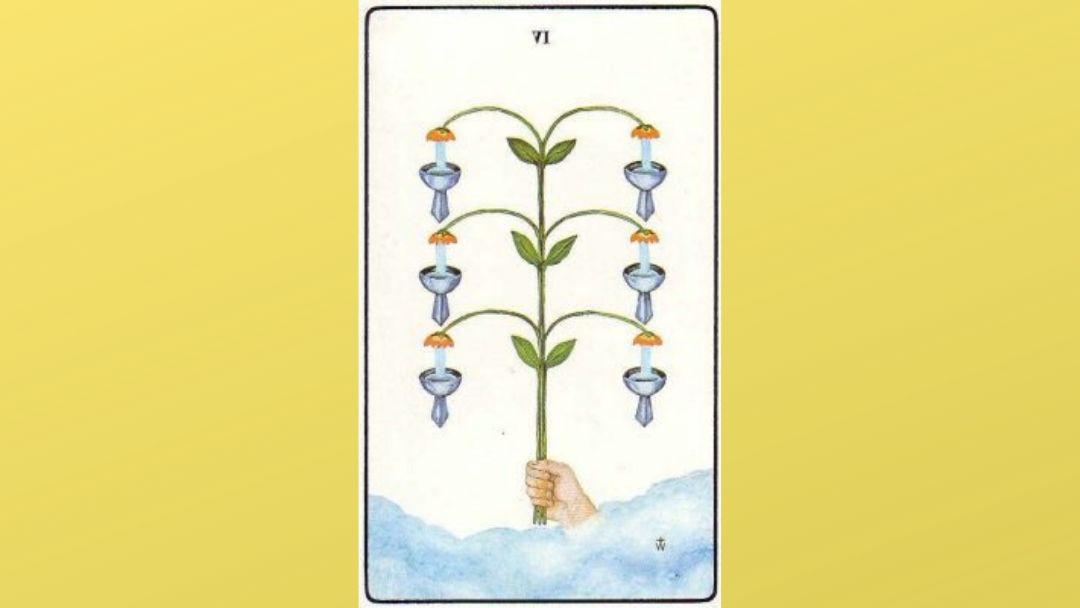 Divinatory meanings of Six of Cups

The joy of will manifest, the questioner’s Work in its fullness.

The Past, passed by, Faded, Vanished, Disappeared.

The Future, that which is to come, Shortly, Soon.

Astrological attributions of 6 of Cups

Magical Image of Six of Cups

The Second Face of Scorpio in Picatrix

In the second face of Scorpio ascends a man naked, and a woman naked, and a man sitting on the earth, and before him two dogs biting one another; and their operation is for impudence, deceit, and false dealing, and for to lend mischief and strife amongst men.

The pleasure expressed in the Six of Cups is clearly more innocent than that of the face of Picatrix, where pleasure is gained from deception and mischief-making at the expense of the victims. 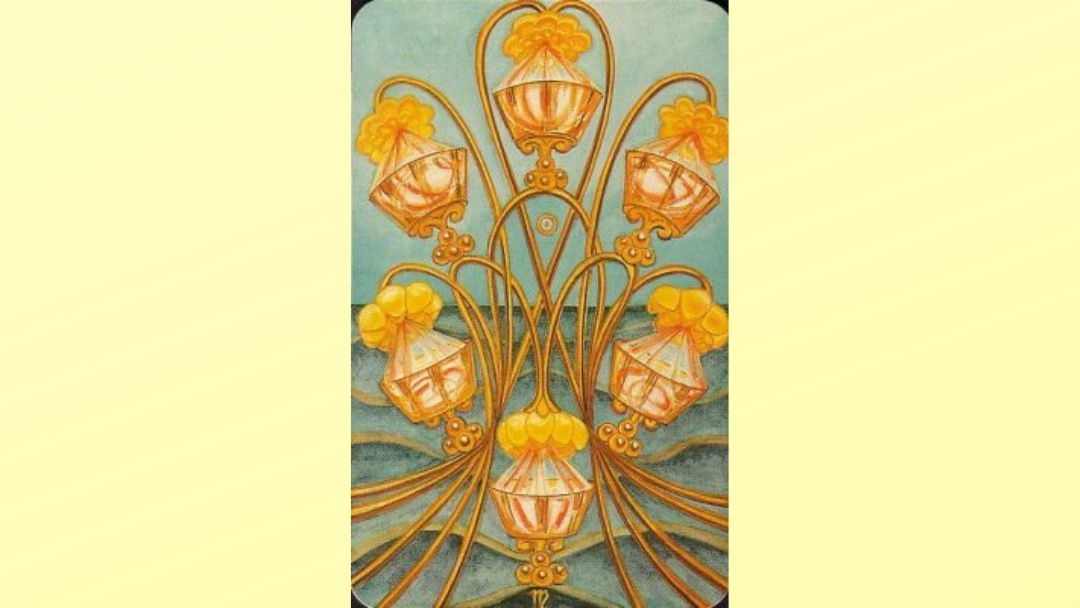 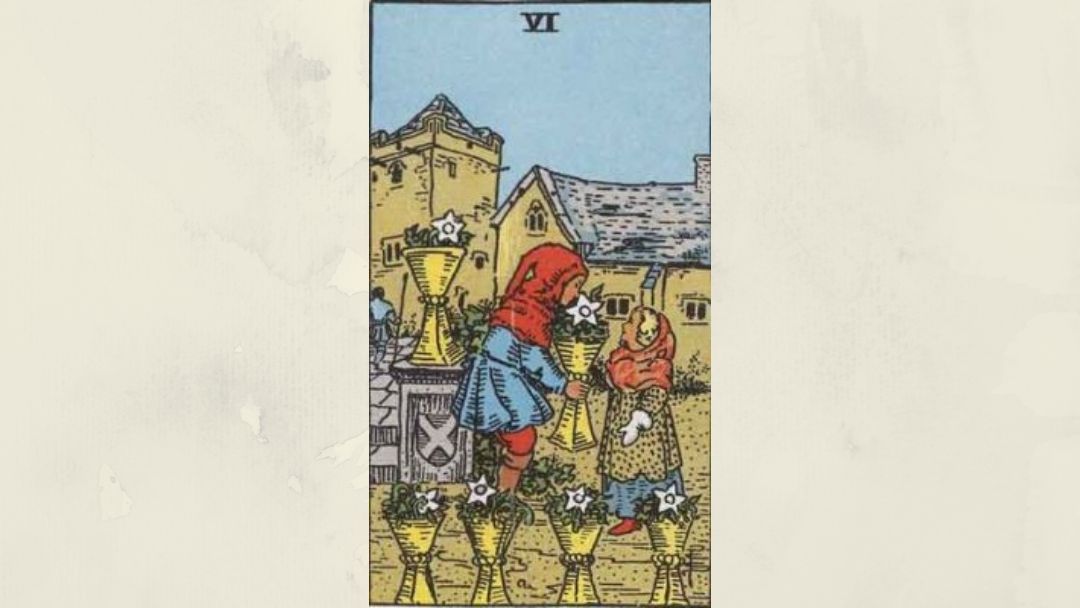 The past and memories, looking back, as — for example — on childhood; happiness, enjoyment