Ace of Wands – Book of Thoth 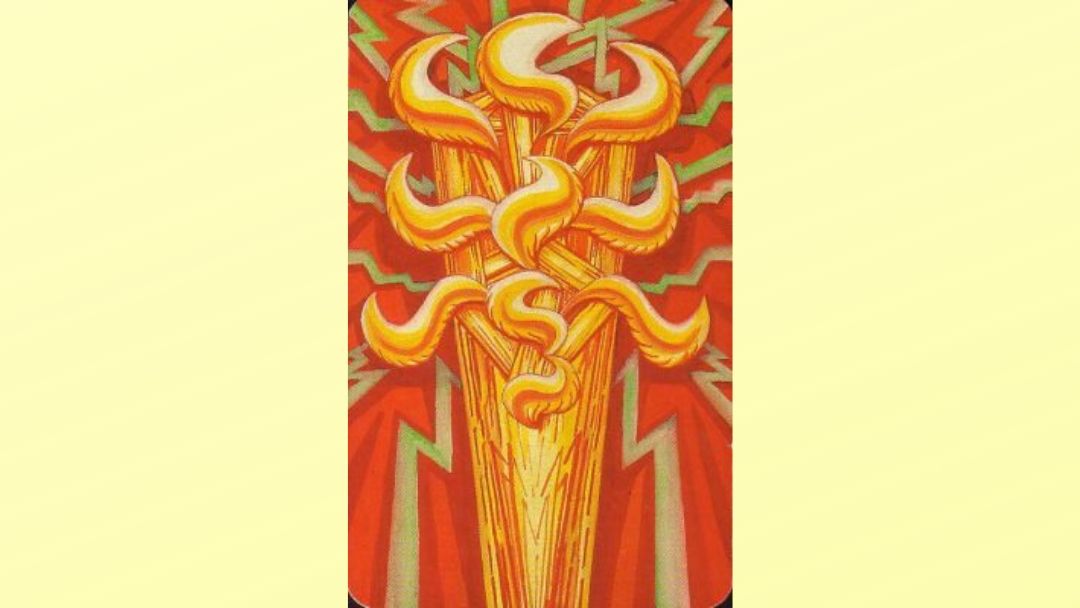 The commencement of an action. The sprouting of a seed, or germ of an idea. The nature of the action depend on cards around the Ace of Wands

Book of Thoth: Ace of Wands

This card represents the essence of the element of Fire in its inception. It is a solar-phallic outburst of flame from which spring lightnings in every direction.

These flames are Yods, arranged in the form of the Tree of Life. (For Yod, see Atu IX supra.)

It is the primordial Energy of the Divine manifesting in Matter, at so early a stage that it is not yet definitely formulated as Will.

The Ace of Wands is the beginning or seed of Fire, so that not even Will has formed.