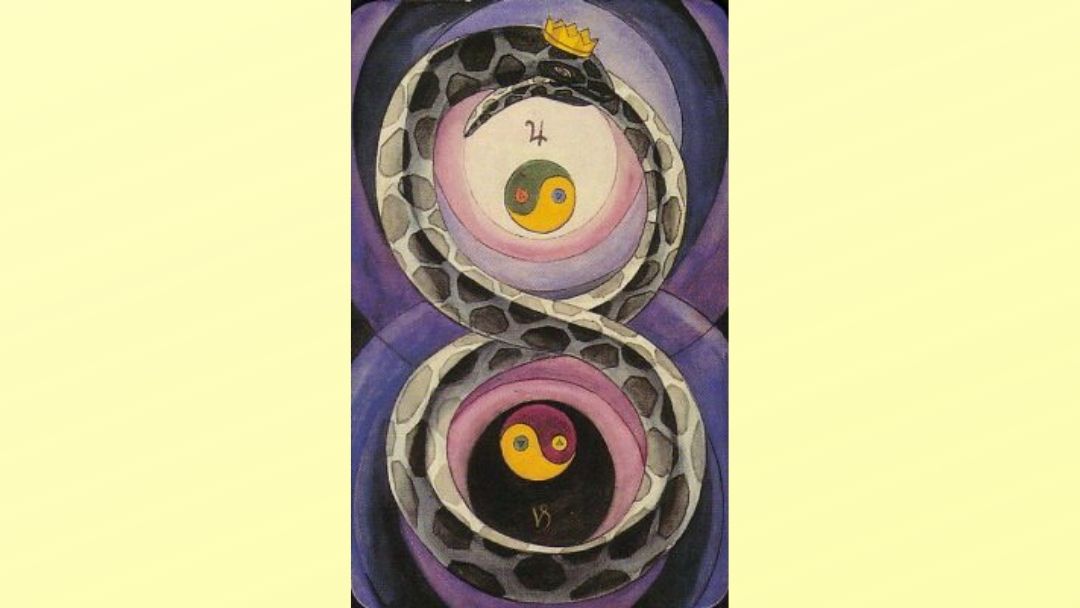 Change means to exchange or convert something, to substitute on for another. A reciprocal exchange.

The Two of Disks shows the interchange of the new and old, which usually goes around in circles. You want to make the change, but you have not committed to either the old or the new so you experience uncertainty. The solution is to either stop and take stock, or take a direction. Either way, going round in circles is a waste of energy.

Picatrix is the clear inspiration for this card.

The Two of Pentacles was of old time called the Lord of Harmonious Change. Now, more simply, Change; and here the doctrine must be stated a little more clearly. This suit being of Earth, there is a connection with the Princesses, and therefore with the final Heh of Tetragrammaton. Earth is the throne of Spirit; having got to the bottom, one immediately comes out again at the top. Hence, the card manifests the symbolism of the serpent of the endless band.

Magical Image of First Face of Capricorn in Picatrix

In the first face of Capricorn ascends the form of a woman, and a man carrying full bags; and the signification of these is for to go forth and to rejoice, to gain and to lose with weakness and baseness.

The sense of going around in circles, the polarity that is not resolved is examplified in Picatris for this decan.

A golden hued man with a hairy face, with a fiendish & cruel face, with wicked teeth like those of a crocodile, with a pig like body & keeping nets, bandages and yokes. This is an quadruped, human and armed decanate.

Speculation bears fruit. Due to their intelligence  and  merits they  will attain to  wealth. They  are advised to  exercise  caution  and  be careful about people and check all before  dealing with them. 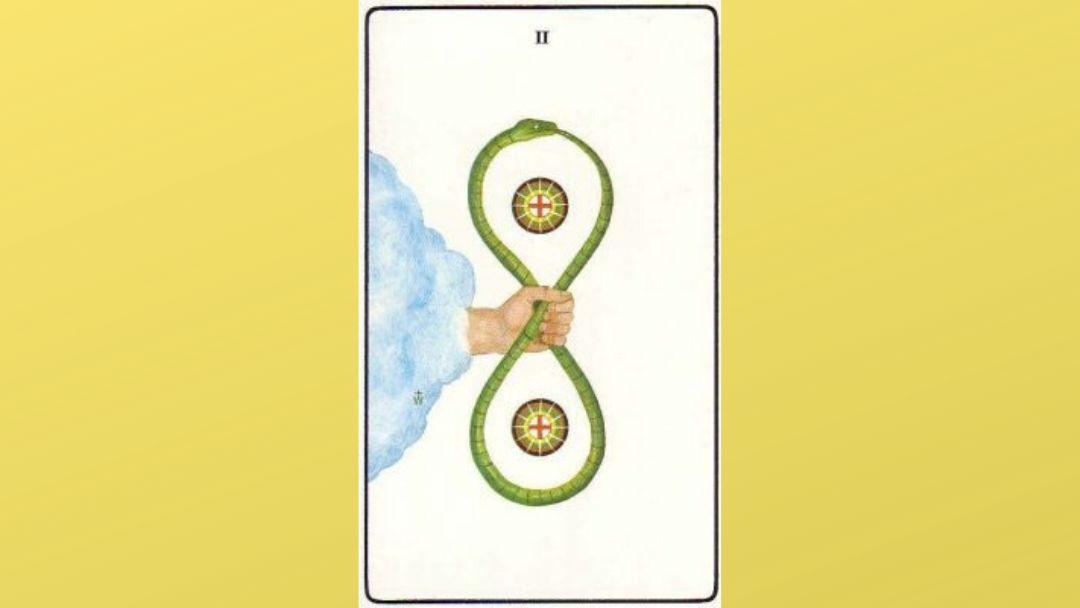 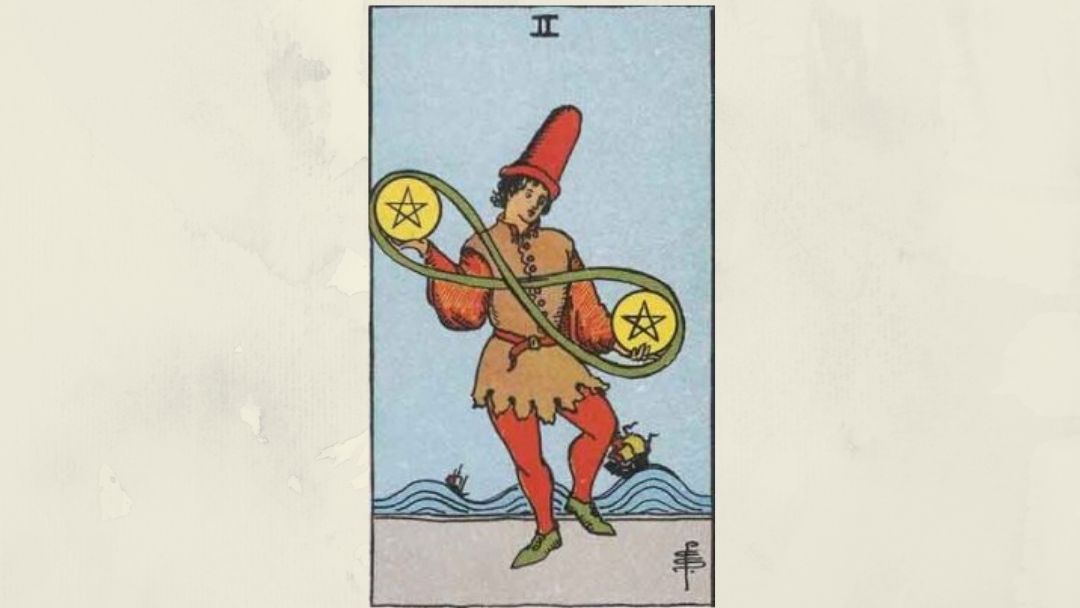 a card of gaiety, recreation and its connexions, which is the subject of the design