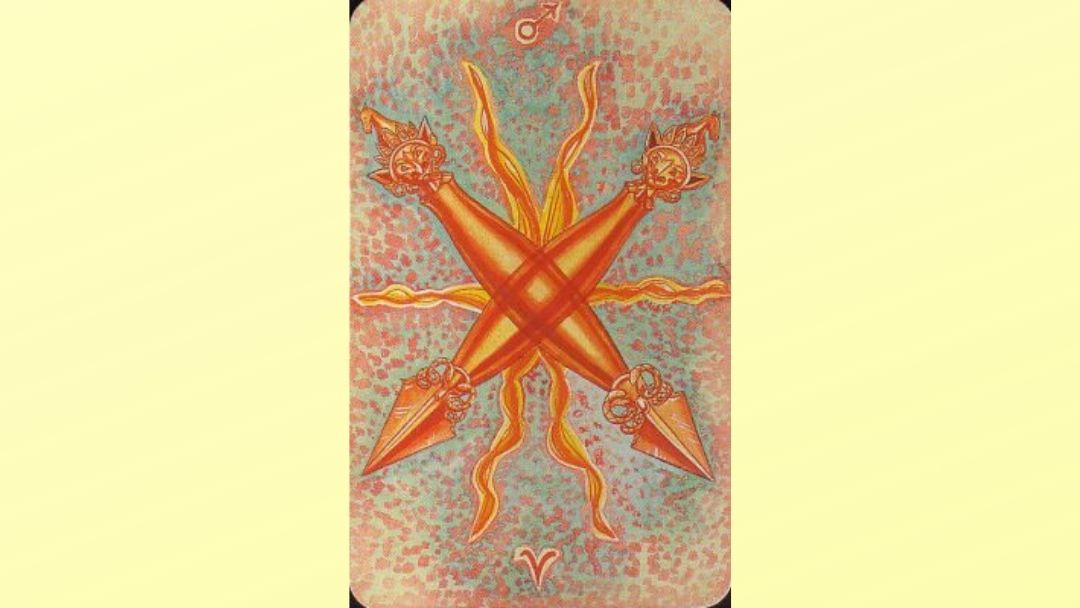 Two of Wands – Book of Thoth

Dominion is a noun, the power or right of governing and controlling, where there is a single rulership, over a significant territory. As a noun, Dominion does not have a reversed meaning.

Picatrix illustrates a black man with red eyes capable of overseeing and completing a project.

The Two of Wands is called the Lord of Dominion, and represents the energy of fire; fire in its best and highest form.

The Two of Wands represents the pure form of Will, independent of any object.

Magical Image of the First Face of Aries in Picatrix

Therefore it is said, that in the first face of Aries, ascends the image of a black man, standing and clothed in a white garment, girdled about, of a great body, with reddish eyes, and great strength, and like one that is angry; and this image signifies and causes boldness, fortitude, loftiness and shamelessness.

The vision of a black man with red eyes is fairly common. Aries is well-known as a sign that signifies starting things but not necessarily completion, and it would seem that this man is capable of communicating new projects and completing them. 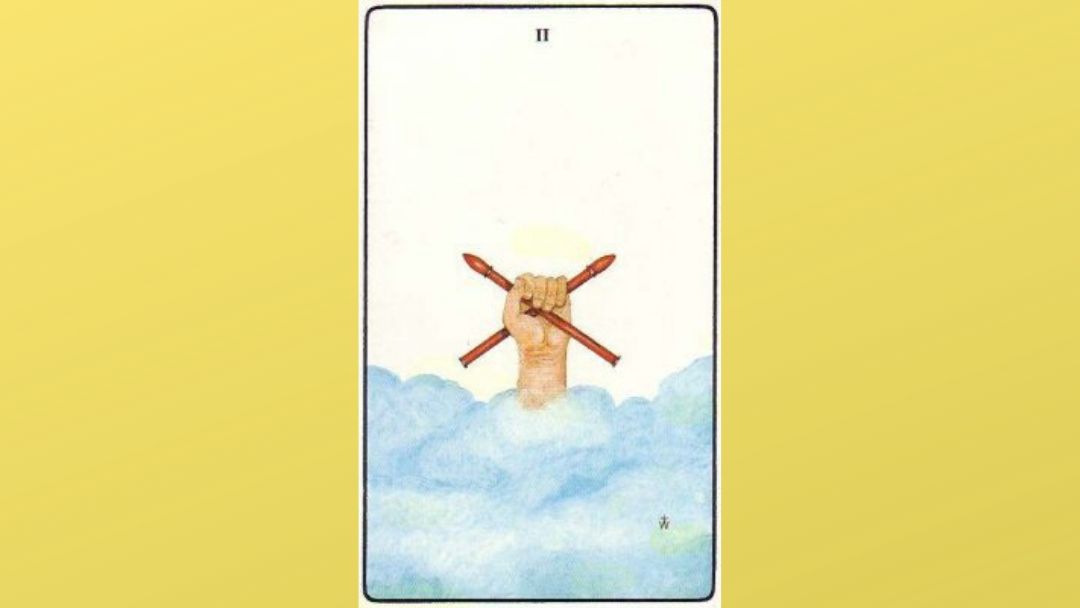 Influence; individual will focused in such a way as to bring change upon another for good. 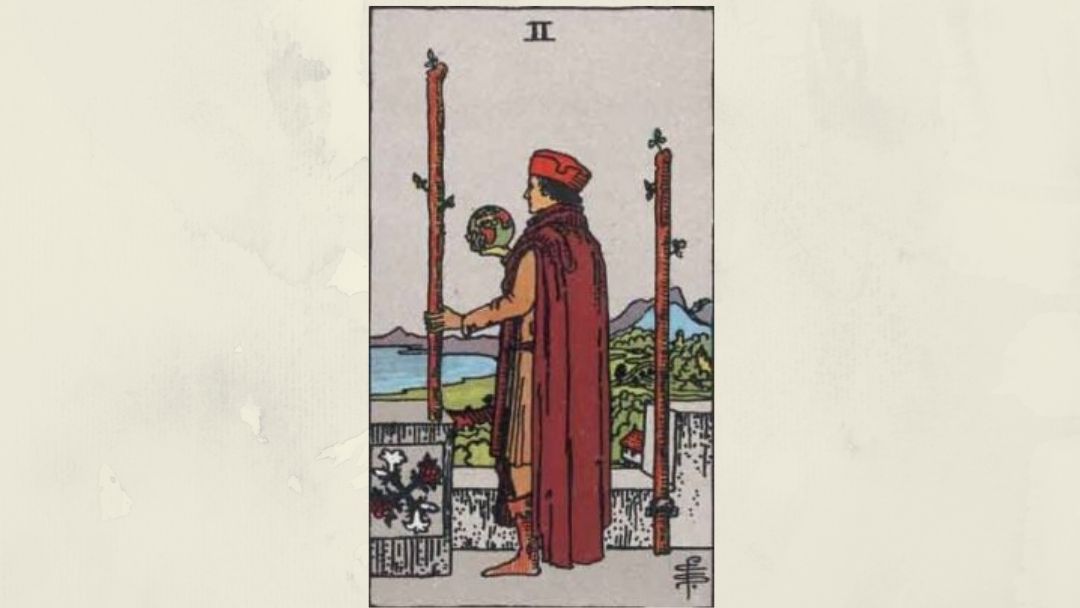 On the one hand, riches, fortune, magnificence; on the other, physical suffering, disease, chagrin, sadness, mortification