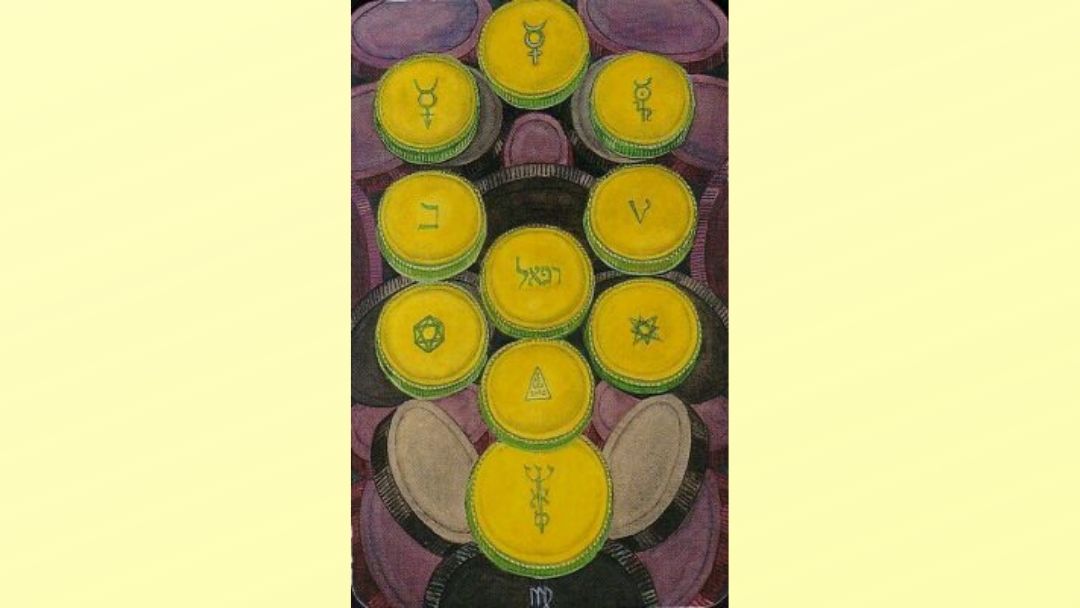 Wealth means an abundance of anything, a state of prosperity or affluence.  The antonym of wealth is poverty.

The Ten of Pentacles or Ten of Disks suggests selling something for a profit. Financial gain, a pension.

The Ten of Disks is called Wealth. Here again is written this constantly recurring doctrine, that as soon as one gets to the bottom one finds oneself at the top; and Wealth is given to Mercury in Virgo. When wealth accumulates beyond a certain point, it must either become completely inert and cease to be wealth, or call in the aid of intelligence to use it rightly. This must necessarily happen in spheres which have nothing whatever to do with material possessions, as such. In this way, Carnegie establishes a Library, Rockefeller endows Research, simply because there is nothing else to do.

But all this doctrine lies behind the card; it is the inner meaning of the card. There is another view to consider, that this is the last of all the cards, and therefore represents the sum total of all the work that has been done from the beginning. Therefore, in it is drawn the very figure of the Tree of Life itself. This card, to the other thirty-five small cards, is what the twenty-first Trump, The Universe, is to the rest of the Trumps.

Magical Image of the third face of Virgo in Picatrix

In the third face of Virgo ascends a white woman and deaf, or an old man leaning on a staff; the signification of this is to shew weakness, infirmity, loss of members, destruction of trees, and depopulation of lands. 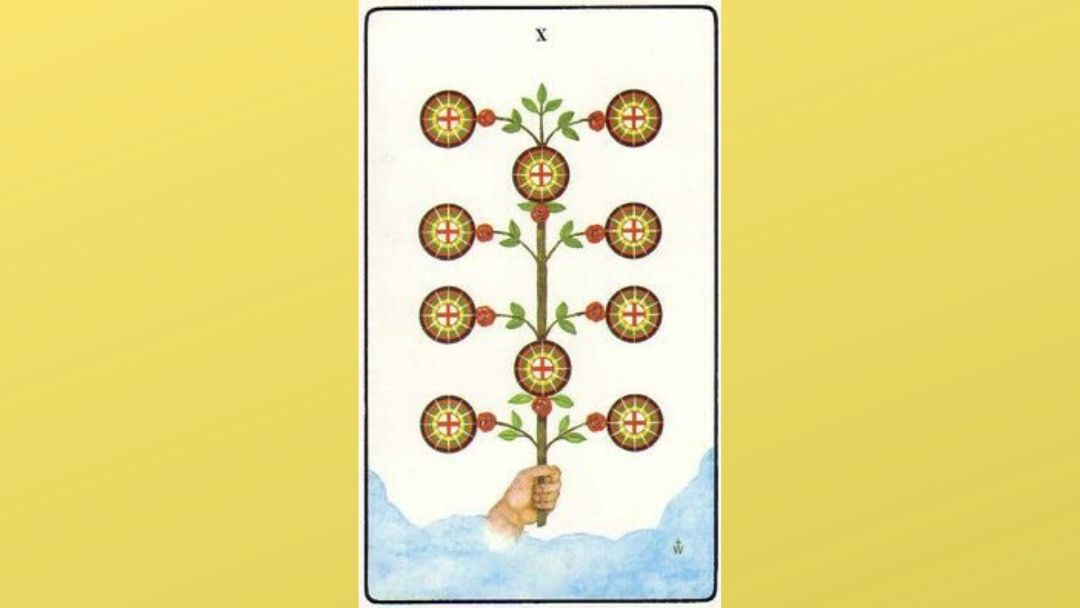 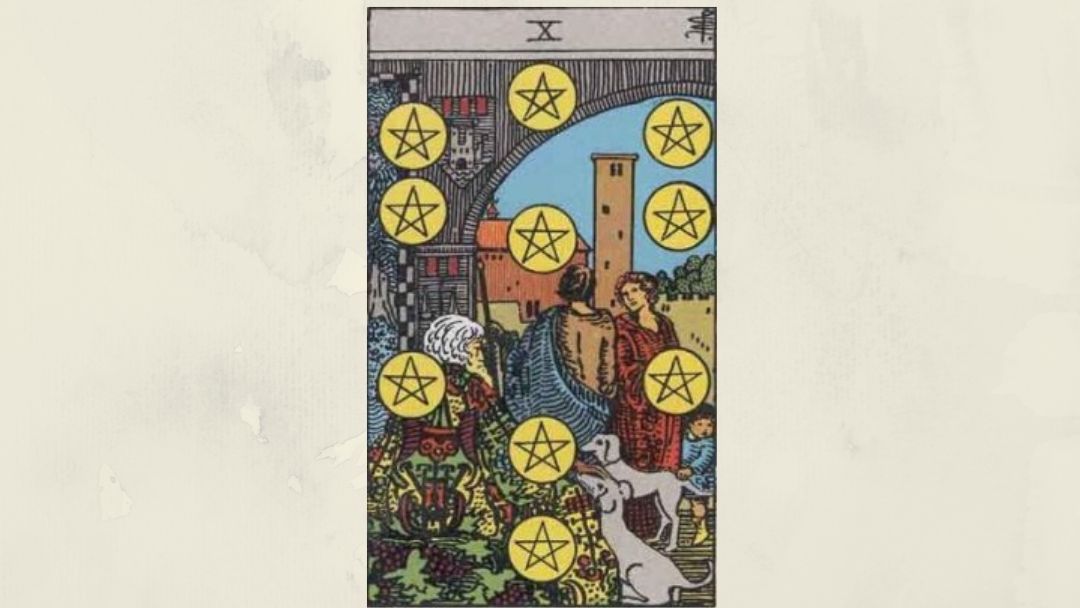