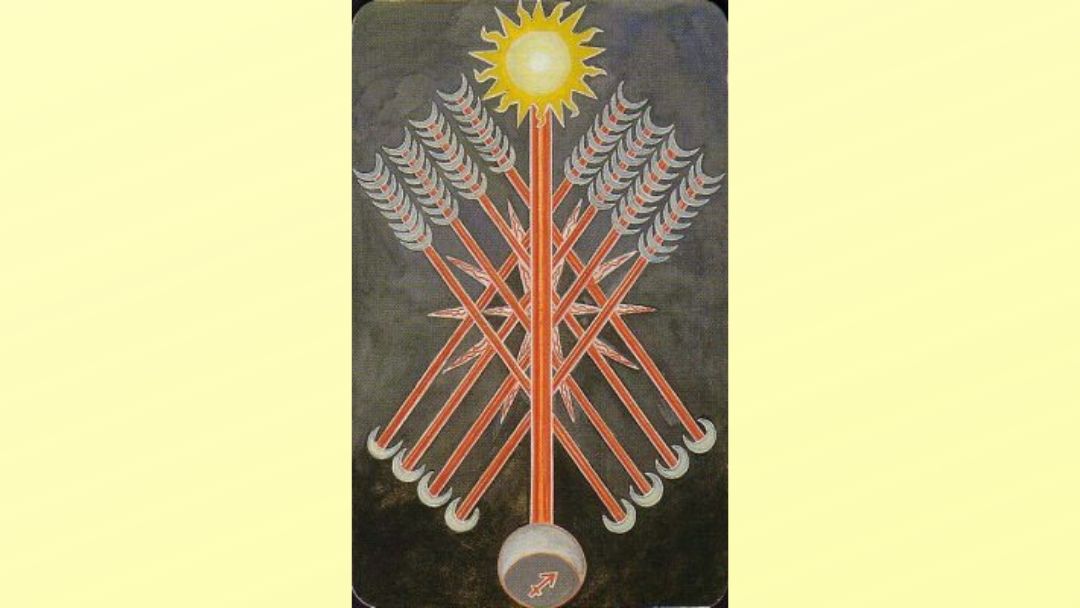 Strength is the state of being strong and healthy. A capable corps, ability to resist, ability to maintain the state.

The Nine of Wands suggests more strengthening of the action. Whatever doubts one had, these will be dispelled.

The interpretation of this card brings hope to the despondency shown in the face of Picatrix.

The Nine of Wands is called Strength. It is ruled by the Moon and Yesod. In “The Vision and the Voice”, the eleventh Aethyr gives a classical account of the resolution of this antinomy of Change and Stability. The student should also consult the works of any of the better mathematical physicists. Of all important doctrines concerning equilibrium, this is the easiest to understand, that change is stability; that stability is guaranteed by change; that if anything should stop changing for the fraction of a split second, it would go to pieces. It is the intense energy of the primal elements of Nature, call them electrons, atoms, anything you will, it makes no difference; change guarantees the order of Nature. This is why, in learning to ride a bicycle, one falls in an extremely awkward and ridiculous manner. Balance is made difficult by not going fast enough. So also, one cannot draw a straight line if one’s hand shakes. This card is a sort of elementary parable to illustrate the meaning of this aphorism: “Change is Stability.”

A card of optimism – things are improving, at least there is going to be change. 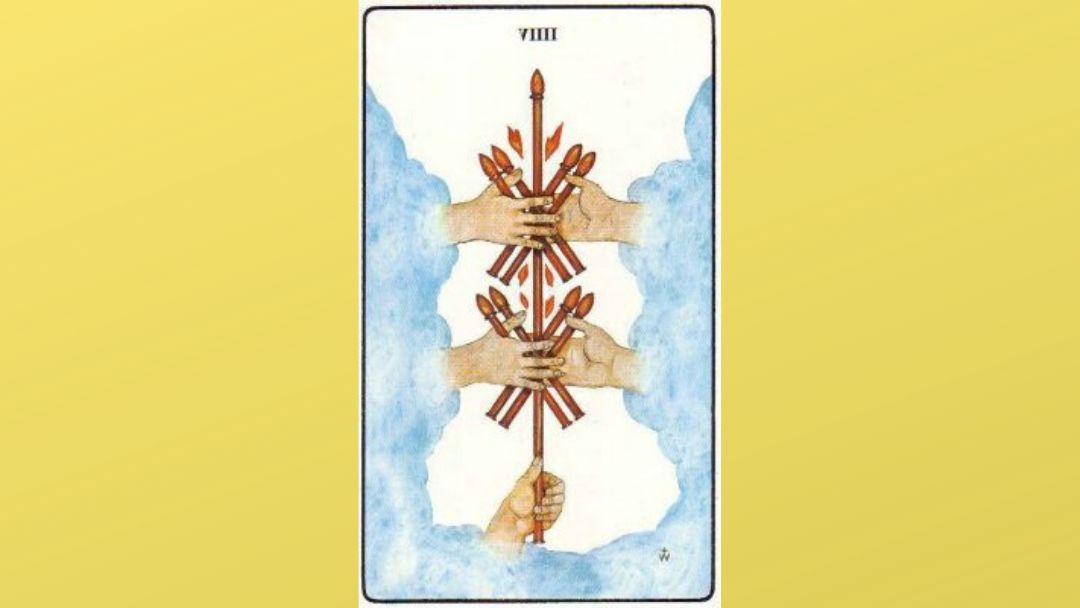 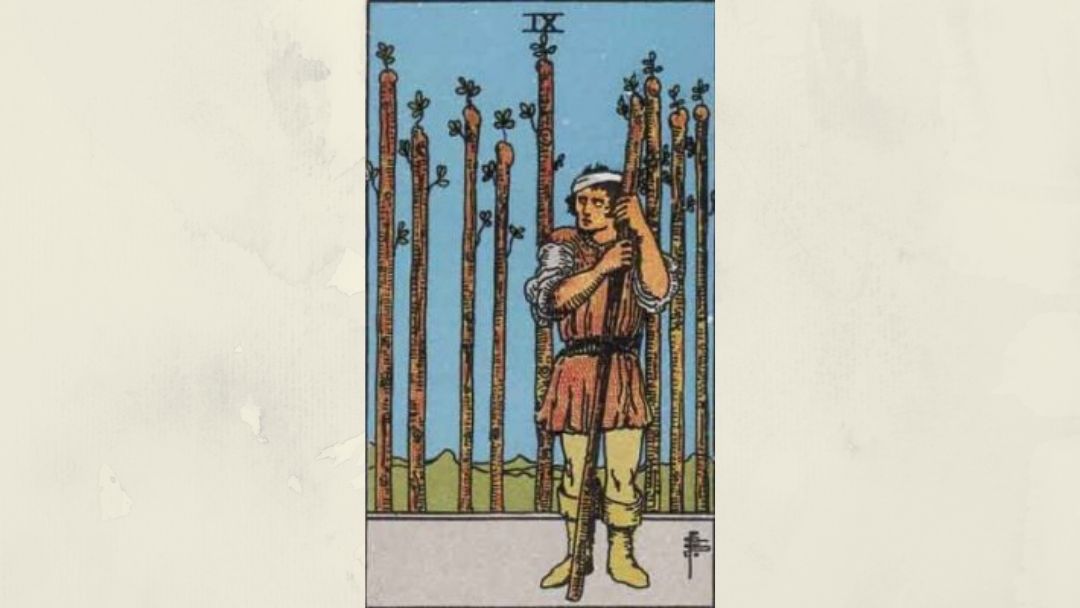 Strength in opposition. If attacked, the person will meet an onslaught boldly; and his build shews that he may prove a formidable antagonist