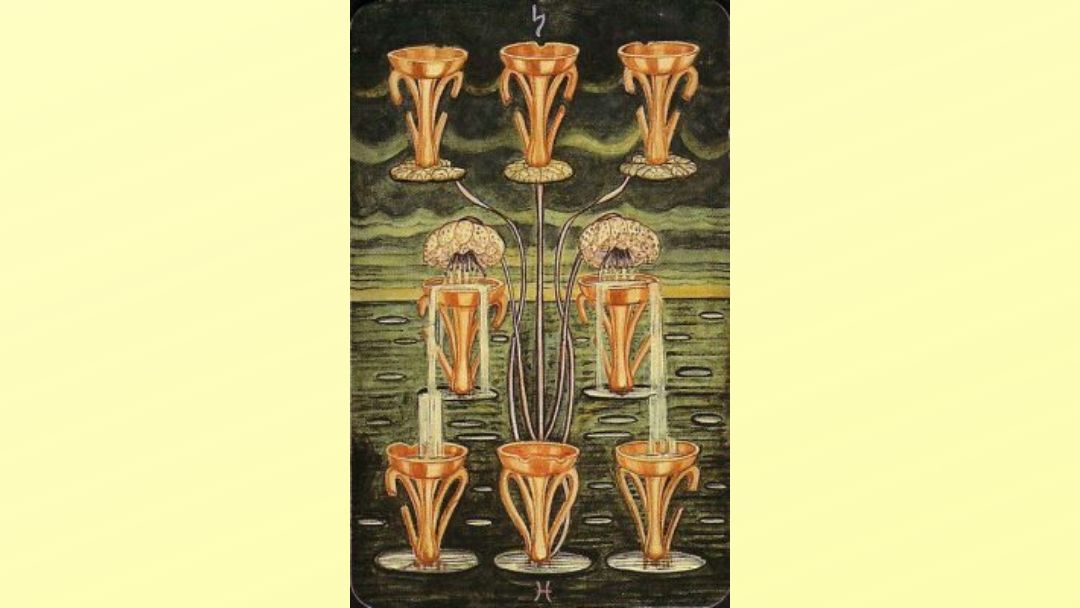 Eight of Cups Indolence is the quality or state of being indolent, or slothful. It indicates the outcome of excess is a hangover of some kind. It is the morning after the night before and you are emotionally drained, uncertain of exactly what you did. Did you embarrass yourself? Can you face those people again?

The Eight of Cups is called Indolence. This card is the very apex of unpleasantness. It is ruled by the planet Saturn; time, sorrow, have descended upon pleasure, and there is no strength in the element of water which can react against it. This card is not exactly “the morning after the night before”; but it is very nearly that. The difference is that the “night before” has not happened! This card represents a party for which all preparations have been made; but the host has forgotten to invite the guests; or, the caterers have not delivered the good cheer. There is this difference, though, that it is in some way or other the host’s own fault. The party that he planned was just a little bit above his capacity; perhaps he lost heart at the last moment.

The appearance of the Eight of Cups is an indication of a lack of interest and low expectations.

Magical Image of the first face of Pisces in Picatrix

In the first face of Pisces ascends a man carrying burdens on his shoulder, and well clothed; it hath his signification in journeys, change of place, and in carefulness of getting wealth and cloths.

The first face of Pisces ruled by Saturn, rules from February 19th-28th

Indolence is suggested by the lack of purpose and ambition. 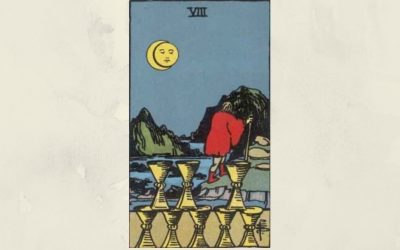 The card speaks for itself on the surface, but other readings are entirely antithetical — giving joy, mildness, timidity, honour, modesty 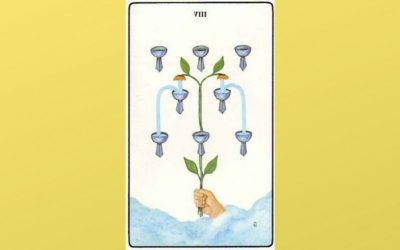 Correct impulse leading to equivocal action; a sense of the matter at hand which cannot be put into words; a breakdown of communication; falsehood thought confusion, not malice. The sense of a confusing situation mishandled through lack of interpretative effort.