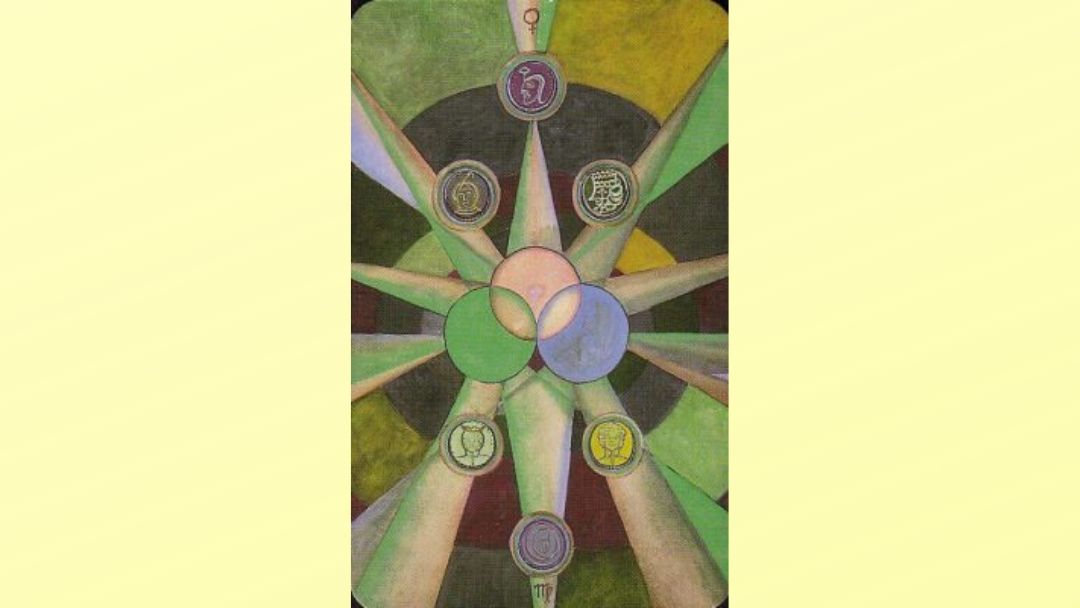 Gain means to get something desired, to win, to reach, to arrive at. The antonym of gain is lose.

The Nine of Disks shows making money from a project. There can also be a windfall or winning a cash prize. The expectation of gain from a project or venture that is not necessarily financial.

Picatrix presents a more desperate situation – trying to climb out of poverty.

The Nine of Disks is called Gain. The suit of Disks is much too dull to care; it reckons up its winnings; it does not worry its head about whether anything is won when all is won. This card is ruled by Venus. It purrs with satisfaction at having harvested what it sowed; it rubs its hands and sits at ease. As will be understood from the consideration of the Tens, there is no reaction against satisfaction as there is in the other three suits. One becomes more and more stolid, and feels that “everything is for the best in the best of all possible worlds”.

Magical Image of the Second Face of Virgo in Picatrix

In the second face of Virgo ascends a black man clothed with a skin, and a man having a bush of hair, holding a bag; they signify gain, scraping together of wealth and covetousness.

Picatrix gives an altogether darker picture of the reasons for financial gain. 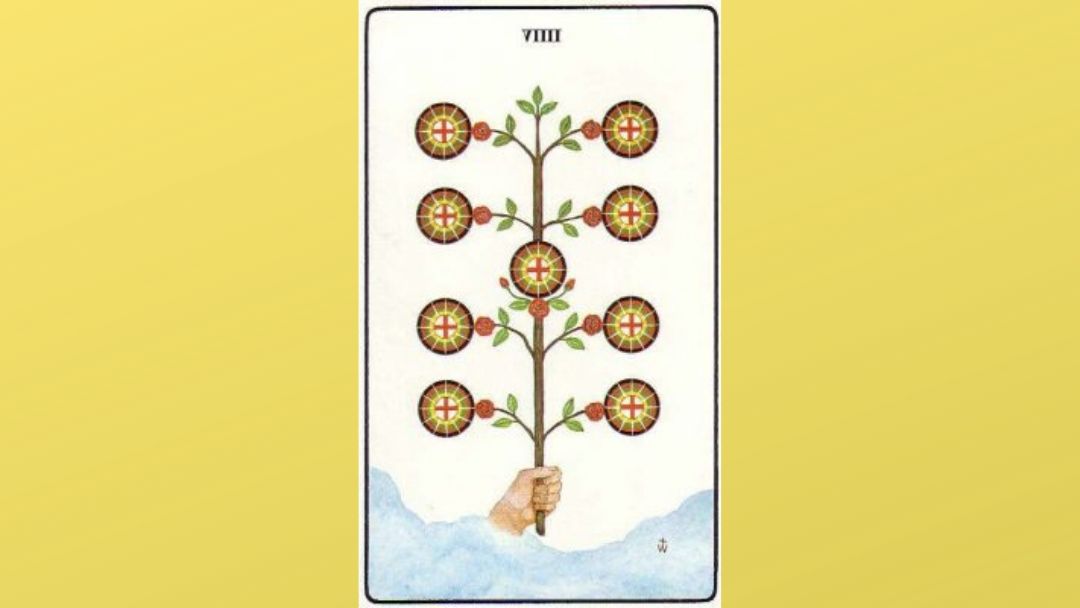 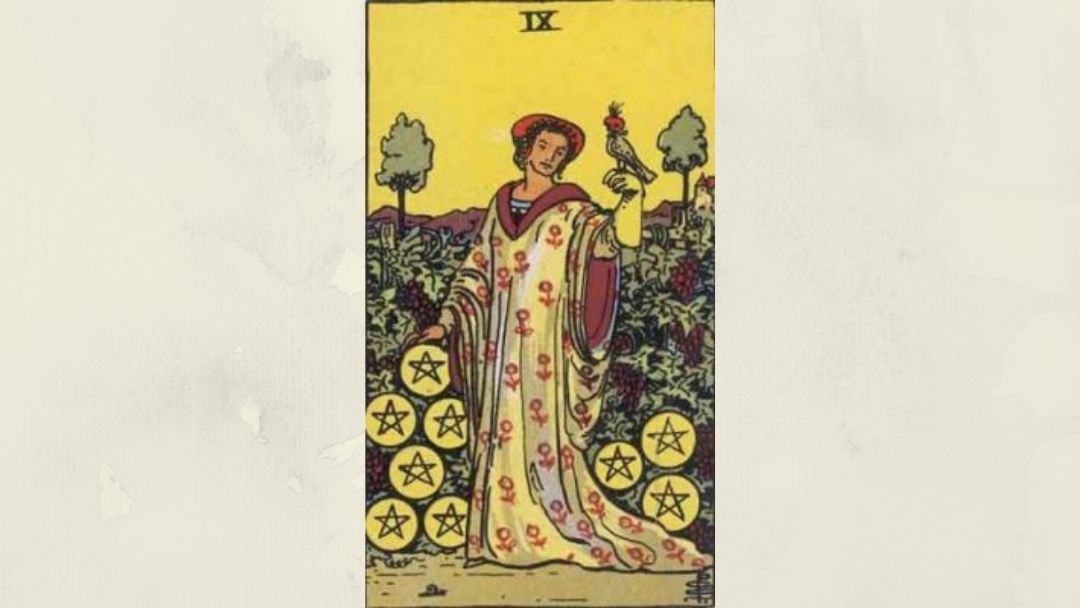