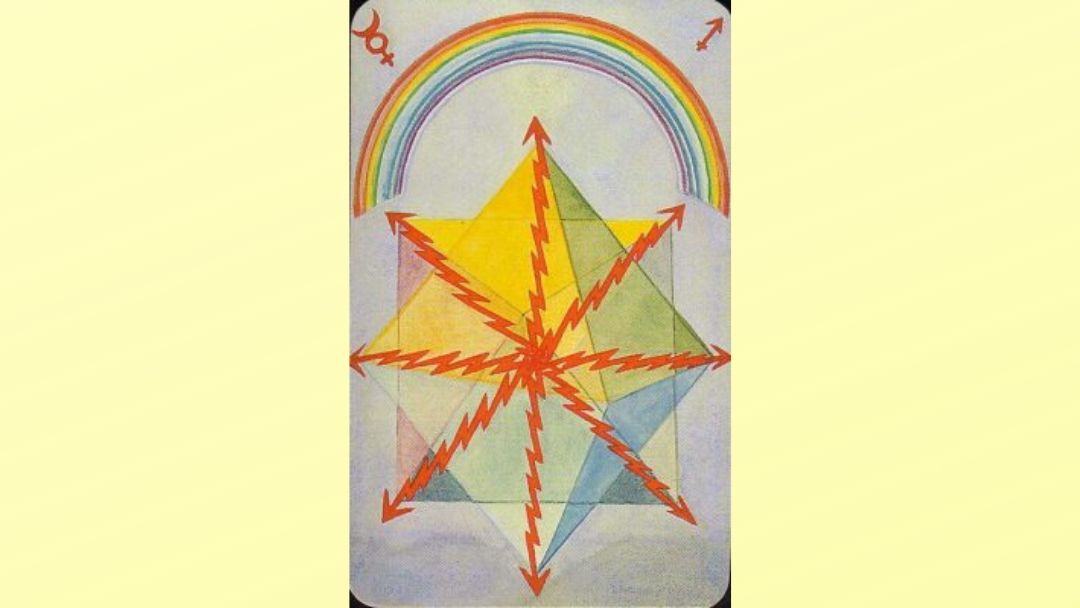 In the Eight of Wands, fire is no longer conjoined with the ideas of combustion and destruction. It represents energy in its most exalted and tenuous sense; this suggests such forms thereof as the electric current; one might almost say pure light in the material sense of that word.

The rainbow is prominent.

Magical Image of the First Face of Sagittarius in Picatrix

In the first face of Sagittarius ascends the form of a man armed with a coat of mail, and holding a naked sword in his hand; the operation of this is for boldness, malice, and liberty:

Mercury ruling this decanate of Sagittarius gives the sense of swiftness and ease of movement, to which we can add boldness and liberty from Picatrix. How the malice fits in is not so easy to establish. 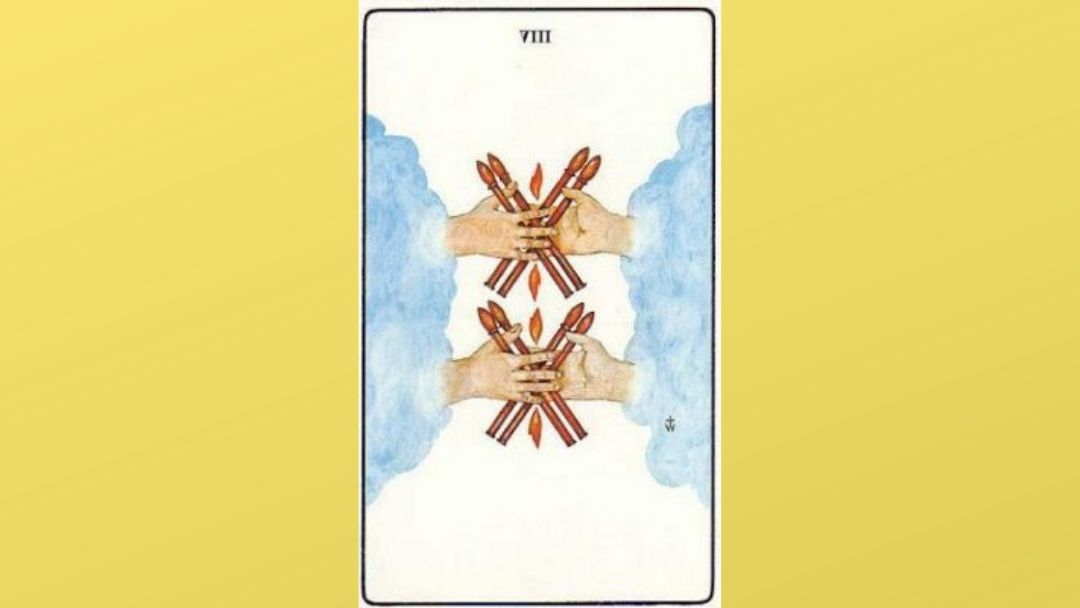 Short-lived perfection; an uncovering of hidden motives or aspects of the affair at hand; secrecy with a tendency toward stubbornness; plots. Rapid thought and action. 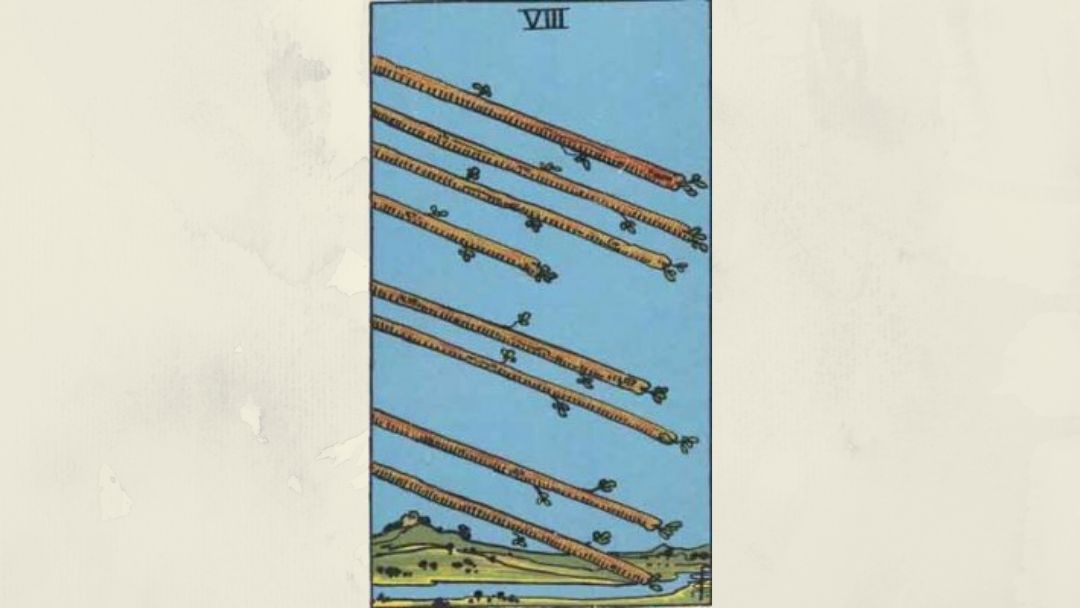