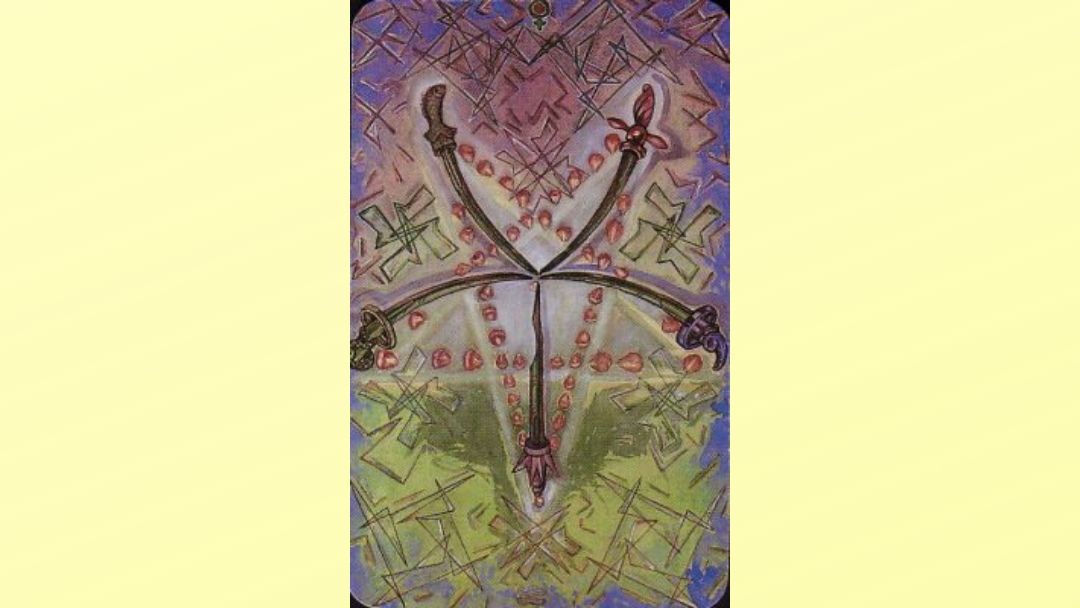 Defeat means to overcome in a conquest or battle. To frustrate or thwart, to eliminate. To render null and void, to annul.

The Five of Swords asks if you ever find love again? Is it possible at your age? Why bother? Nothing really interests you, and those that do interest you are rarely fulfilling. Out of this sense of defeat are the germs of new success.

The Five of Swords is similarly troublesome; the card is called Defeat. There has been insufficient power to maintain the armed peace of the Four. The quarrel has actually broken out. This must mean defeat, for the original idea of the Sword was a manifestation of the result of the love between the Wand and the Cup. It is because the birth had to express itself in the duality of the Sword and the Disk that the nature of each appears so imperfect.

Magical Image of the First Face of Aquarius in Picatrix

In the first face of Aquarius ascendeth the form of a prudent man, and of a woman spinning; and the signification of these is in the thought and labour for gain, in poverty and baseness.

Mathers sees defeat in the description of Picatrix in the limited thinking processes. 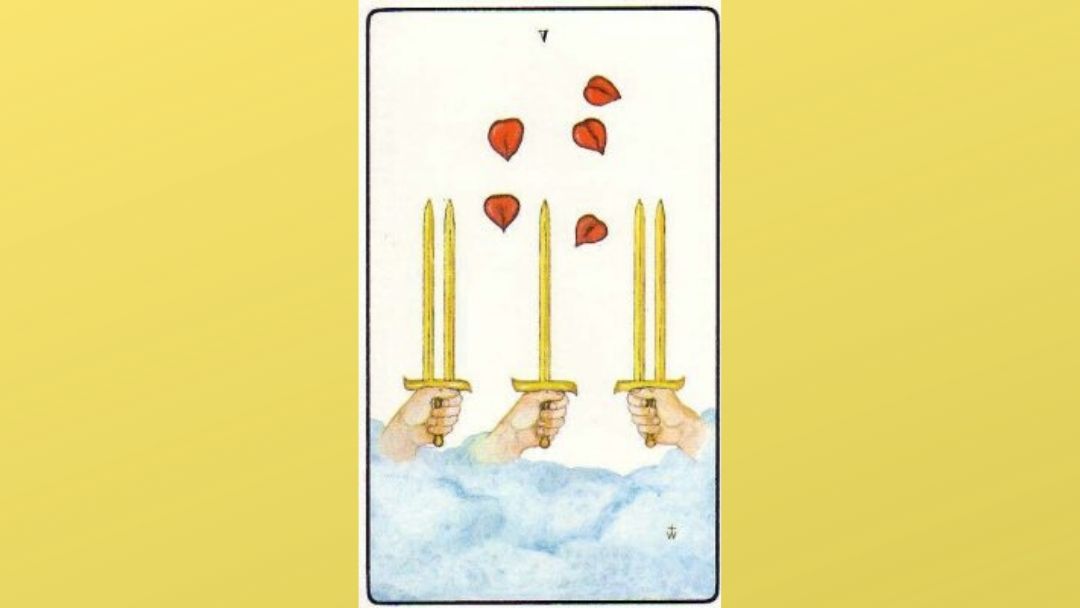 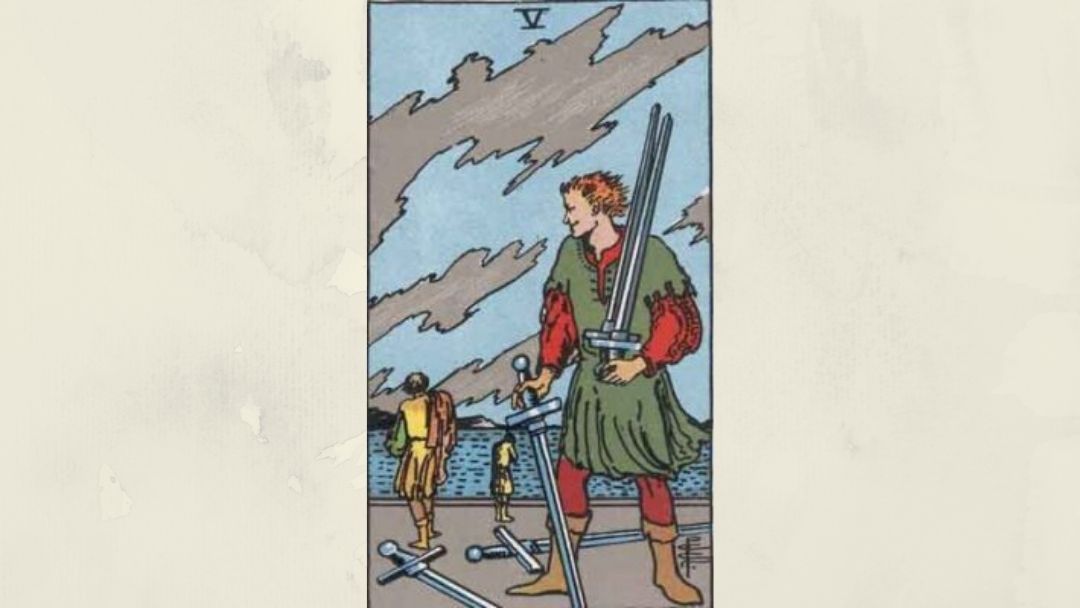 Degradation, destruction, revocation, infamy, dishonour, loss, with the variants and analogues of these.