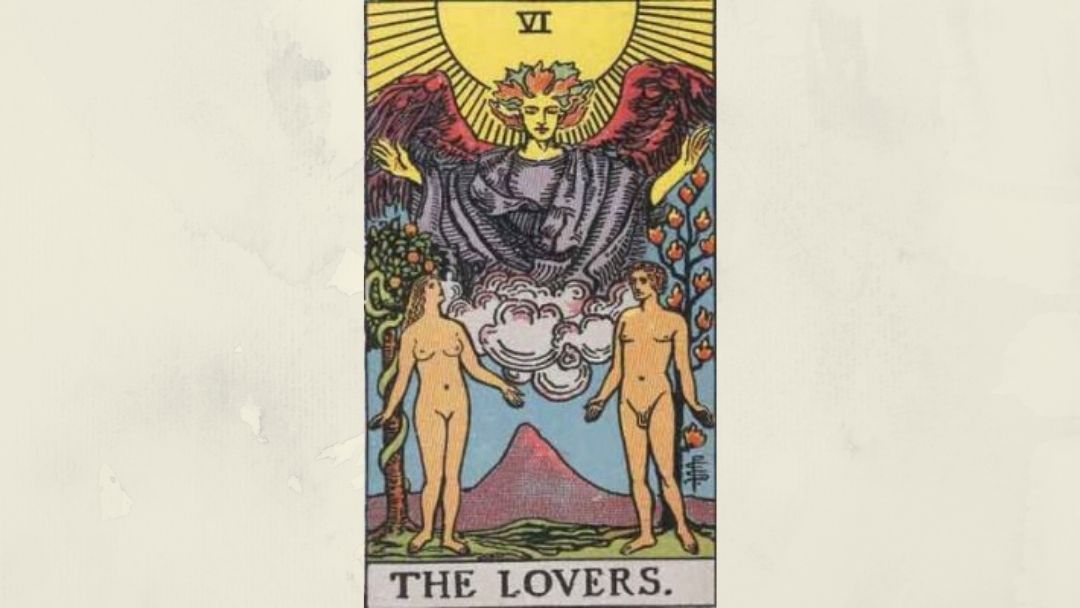 Keywords for the Lovers

Keywords for The Lovers Reversed

Failure, foolish designs. Another account speaks of marriage frustrated and contrarities of all kinds.

The sun shines in the zenith, and beneath is a great winged figure with arms extended, pouring down influences. In the foreground are two human figures, male and female, unveiled before each other, as if Adam and Eve when they first occupied the paradise of the earthly body. Behind the man is the Tree of Life, bearing twelve fruits, and the Tree of the Knowledge of Good and Evil is behind the woman; the serpent is twining round it. The figures suggest youth, virginity, innocence and love before it is contaminated by gross material desire. This is in all simplicity the card of human love, here exhibited as part of the way, the truth and the life. It replaces, by recourse to first principles, the old card of marriage, which I have described previously, and the later follies which depicted man between vice and virtue. In a very high sense, the card is a mystery of the Covenant and Sabbath.

The suggestion in respect of the woman is that she signifies that attraction towards the sensitive life which carries within it the idea of the Fall of Man, but she is rather the working of a Secret Law of Providence than a willing and conscious temptress. It is through her imputed lapse that man shall arise ultimately, and only by her can he complete himself. The card is therefore in its way another intimation concerning the great mystery of womanhood. The old meanings fall to pieces of necessity with the old pictures, but even as interpretations of the latter, some of them were of the order of commonplace and others were false in symbolism.

This card represents the letter Zain, and the Mercurial sign Gemini. In accordance with an old misunderstanding the picture in the Knapp design shows an initiate hesitating at the parting of the ways, with Vice on his left hand and Virtue on his right. None of the ancient Tarot cards, not even the exoteric versions, justify this interpretation, and the consequent change of symbolism. In some old Tarots this card is called Marriage, and such is one of its meanings, although the deeper significance is that of the sign Gemini, namely, polarity.

Attraction, beauty, love, sympathy. Balance of forces, and reciprocal activity. Particularly, agreement in things of the mind, symbolized by the six-pointed star, or hexagram. It is a card of harmony between the inner and outer life.

From the original meaning of the sign Virgo, the virgin matter of the cosmos or world-ether, to that principle which makes ‘lovers’ is rather a long step, but we will observe that all these Tarot symbols relate to human points of view and human life in particular, i.e. cosmic principles seen from this particular standpoint which gives more of a practical image than of abstract reasoning, the abstract cosmic significance, however, being imbedded fairly accurately in them. So in the human constitution the sign Virgo means the nervous system and everything acting as an organ as well as the relatively ‘virginal matter’ which is extracted from the food and will serve to build up the body. So this house is known to rule health and sickness. It is further known to relate to the principles and materials of our work. And so the card of the Lovers must in the first place symbolise these things.

“Man”. Another aspect of the “Adam Kadmon”, the “Perfect Man”, “The divine androgyne”. Love as the efforts of “Adam Kadmon” to find himself. The equilibrium of contraries. The unification of the duad, as the means of attaining the Light. 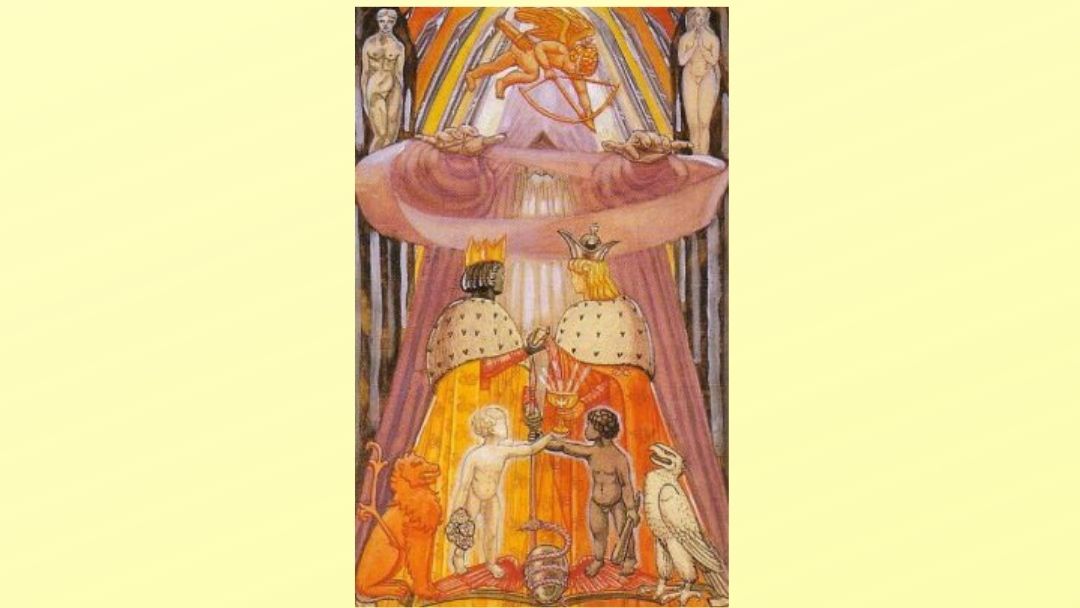 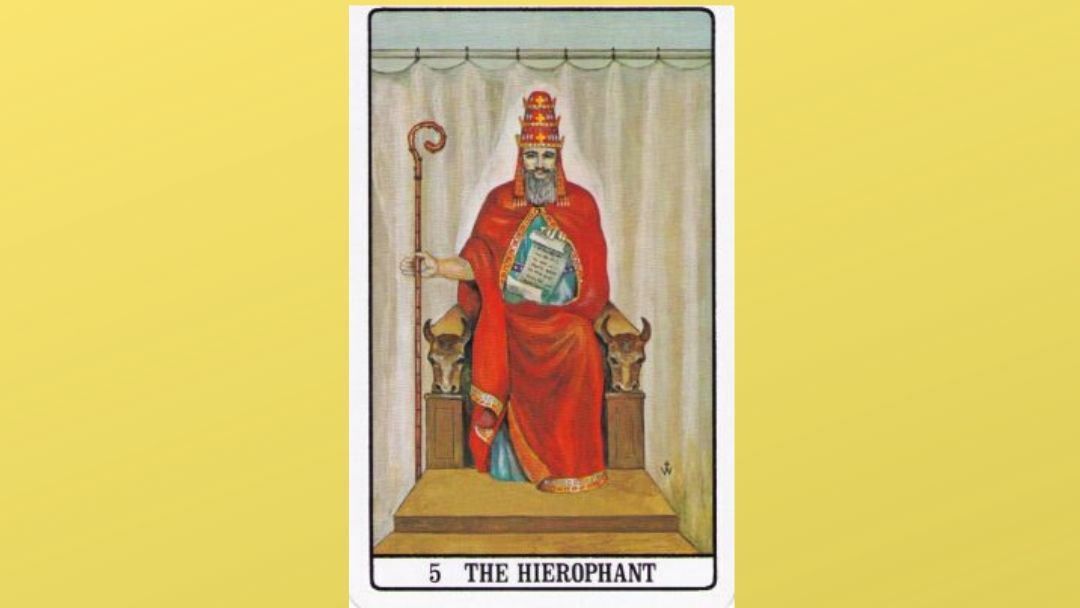