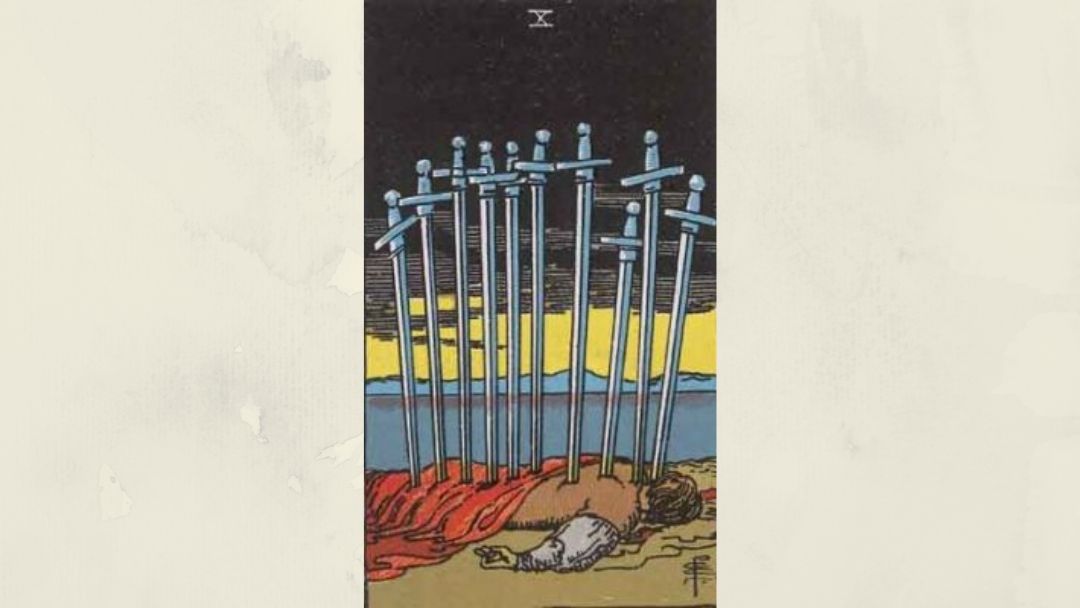 A prostrate figure, pierced by all the swords belonging to the card.

Whatsoever is intimated by the design; also pain, affliction, tears, sadness, desolation. It is not especially a card of violent death.

Additional Meanings: Followed by Ace and King, imprisonment; for girl or wife, treason on the part of friends.

Advantage, profit, success, favour, but none of these are permanent; also power and authority.

Additional Meanings: Victory and consequent fortune for a soldier in war.

The lower part of the ankh, like an arrow, pierces a serpent. This is similar to the Seal of Cagliostro, and signifies the ultimate victory over an evil or adverse force.

Third decanate of Gemini, under the rulership of Saturn and Uranus, from June 9th to June 20th.

in spiritual matters, the end of delusion; the overthrow of limiting conditions; breakup of limitations. In material affairs, sudden and unexpected changes, not necessarily unfortunate in the long run, but disappointing when experienced. Interference from others, and loss through indiscretion in writing or signing contracts.

The element of Earth on the Tenth house: Capricorn, of course relates to authority and earthy might or power, and we do not see why this should be only in a ‘reversed’ position. With regard to religion this is the mother-church (compare: Capricorn the ‘married woman’ or the mother), the materialisation of dogma and creed in a building, a church, chapel, monastery. In the secular line it may be any official building or office and, relating to persons, any official or public authority under the civil law. The card represents material necessity and the limits and corner-stones which it erects. It is ultimately the card of inexorable karmic results, say material karma itself. To the profane this means very often affliction, etc., and the personality may be burdened by the weight of fate. The image of this card seems to suggest this specially. On the other hand tradition is certainly not wrong in stating that it may represent gain and profit, as the card of karma will bring the full measure of material things in general and not only in the way of tragedy. Profit and advantage, however, may also become oppressive and its possibility must be considered here.

Karmic results, whether benefic or malific; material limits, physical necessity; authority, official might and power, obedience to the same; official persons. The mother-church, monastery, etc. Affliction, sadness, etc. In good cases due reward and honest profit, merited position. Possession may become a curse. Fate may lay low the personality. The card is not very benefic for the parents of the querent, or he himself does not much esteem them. It relates to his position in the world. P.S. — The cards of the suit of swords, from the ace up to the ten, relate to the respective ‘sins’ prohibited by the Ten Commandments. 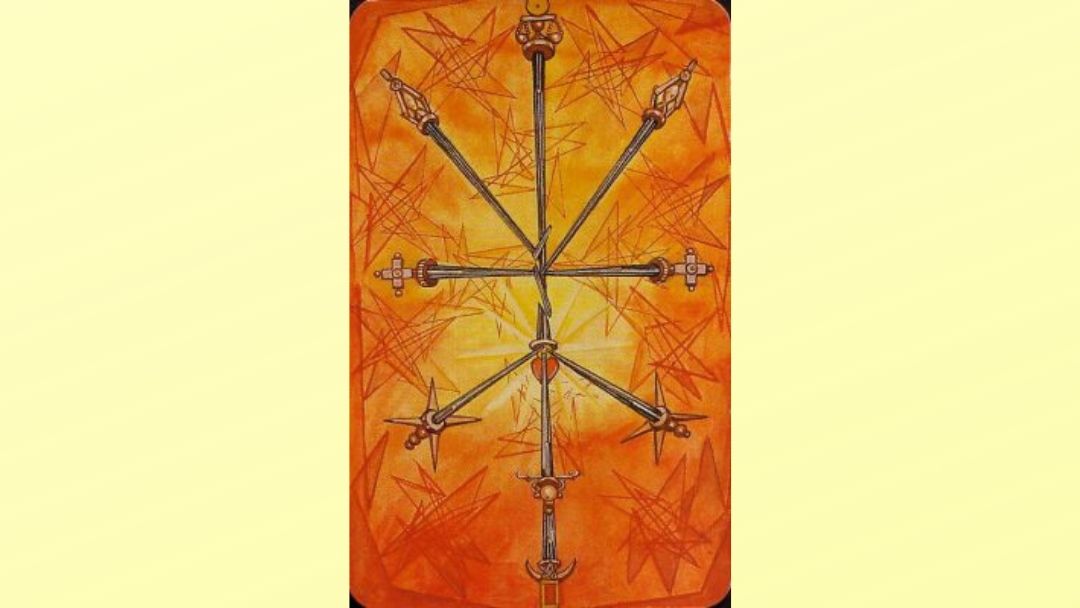 Ultimate breakdown of the thinking process. Anger and frustration at the human condition. Fighting ends in destruction. 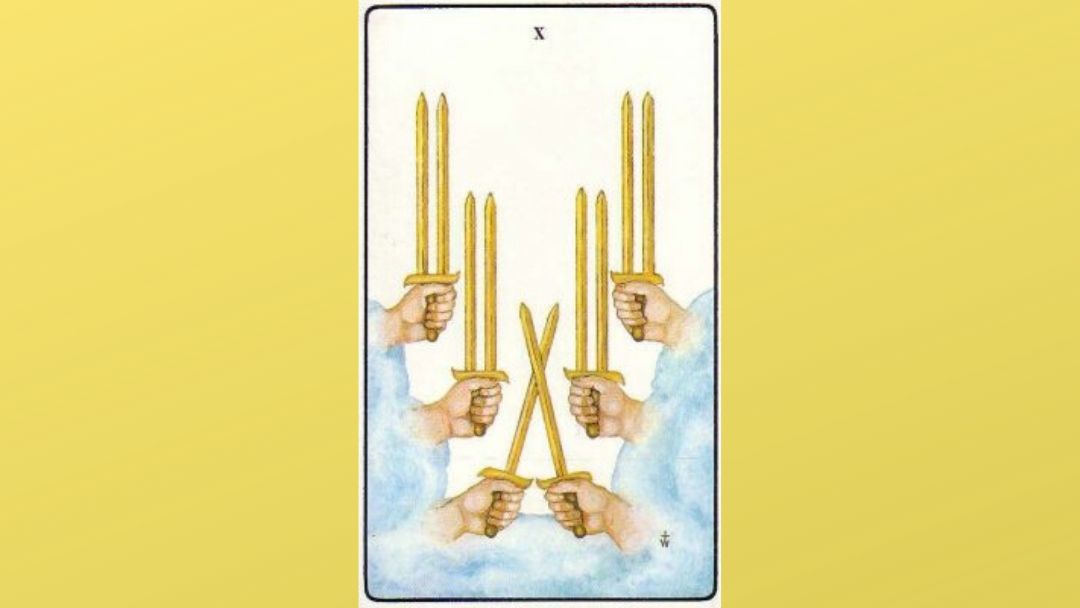 Overcoming sorrow and and negativity.