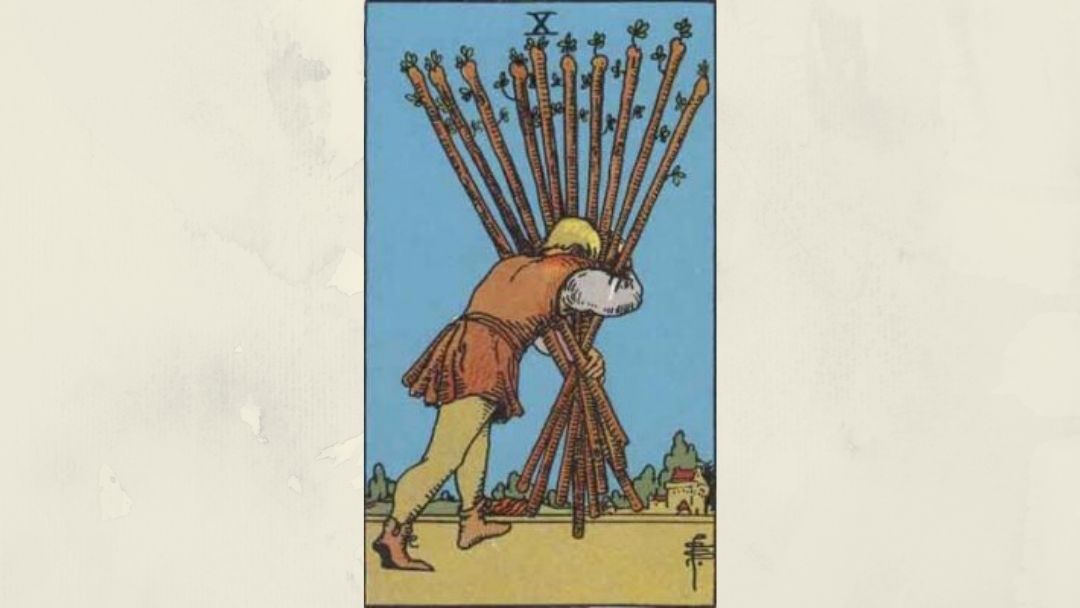 A man oppressed by the weight of the ten staves which he is carrying.

A card of many significances, and some of the readings cannot be harmonized. I set aside that which connects it with honour and good faith. The chief meaning is oppression simply, but it is also fortune, gain, any kind of success, and then it is the oppression of these things. It is also a card of false-seeming, disguise, perfidy. The place which the figure is approaching may suffer from the rods that he carries. Success is stultified if the Nine of Swords follows, and if it is a question of a lawsuit, there will be certain loss.

Additional meanings: Difficulties and contradictions, if near a good card.

Contrarieties, difficulties, intrigues, and the analogies.s.

The key in the triangle suggests the opening of hidden sources of power, and the discovery of hidden things in the realm of ideas. The number 10 relates to Malkuth, the Kingdom.

Third decanate of Sagittarius, December 12th to 21st, ruled by the Sun.

Generosity, success and honor in connection with the law, religion and philosophy; possibility of posts of responsibility; gain through travel.

Treachery, duplicity, perfidy, falsehood, disguise, imposture, conspiration, obstacle, surprise, dissimulation, contrarieties, difficulties, false-seeming, oppression. “… and if there is question of a lawsuit, there will be certain loss.” (W.)

Air on the house of Capricorn: the Tenth. It is well known by astrologers, that the tenth house rules the actions, deeds and attitude. Also the name and official position of the personality in the world and at the same time the superiors or authorities, met with on account of position and activities. Actions and deeds, under the influence of the double-natured mercurial element, may easily degrade into ‘double-dealing’ and everything else of that nature. But once more it appears to us, that the gypsy tradition is rather too much exclusively on the lower side of things. The qualities mixed here make very often an egoistic blend and a nature which reveals several weaknesses, as soon as it comes under trial. So the card on the one hand means certainly that the attitude of mind or action will be untrustworthy and must not be relied upon. There is fear and cowardice in it. But on the other hand the combination is that of mental ability, quick perception, etc. It means also the load of the earthy responsibility laid upon the shoulders of an airy creature, consequently ‘oppression’ is a word very much to the point here. And this explains even why weaker natures are driven to undesirable, unreliable actions and reactions by it; they cannot stand the pressure. Strong natures, however, accept the pressure as natural necessity, karma, and carry their burden. This is symbolised by the man carrying the ten wands. It is a symbol of executive ability, production, the doing of necessary things, obedience to official order and rule; officials, ‘red tape’ and burdens that appear heavier than they actually are. 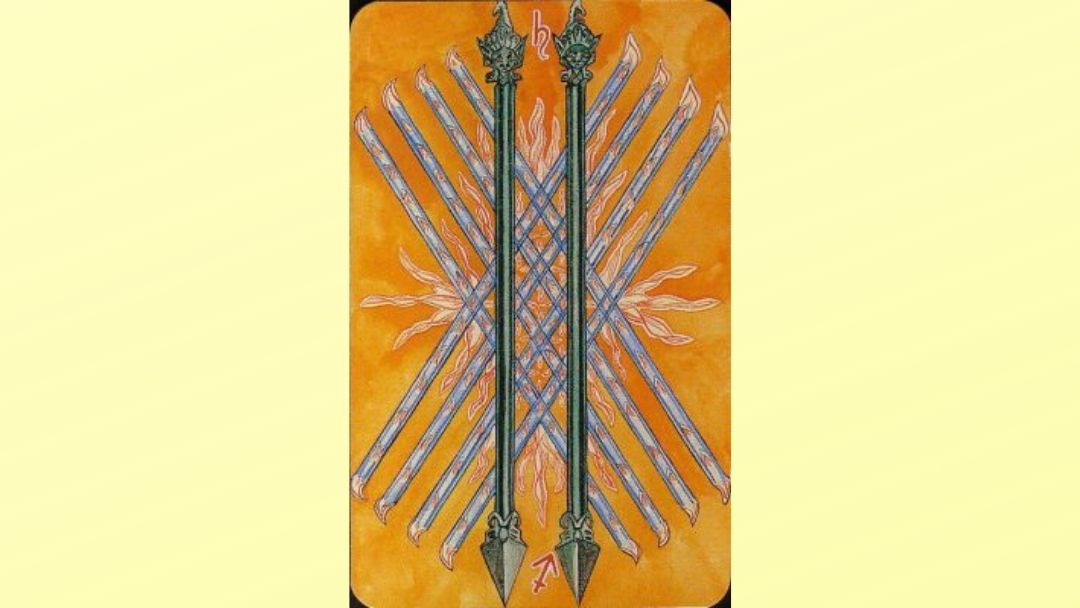 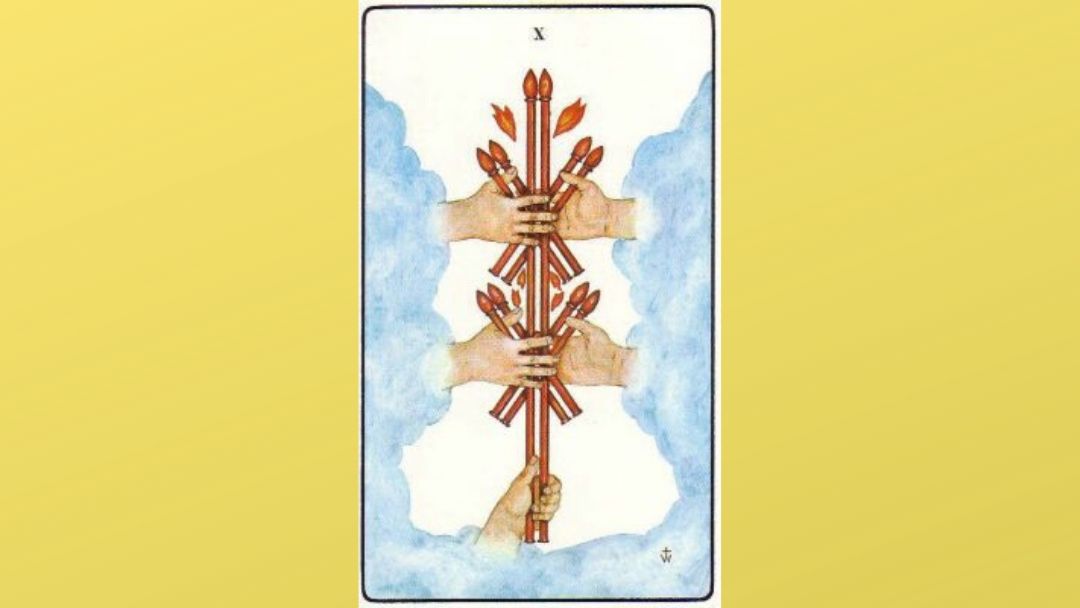 Oppression, cruelty. Hope based upon the ability to imagine a better situation.