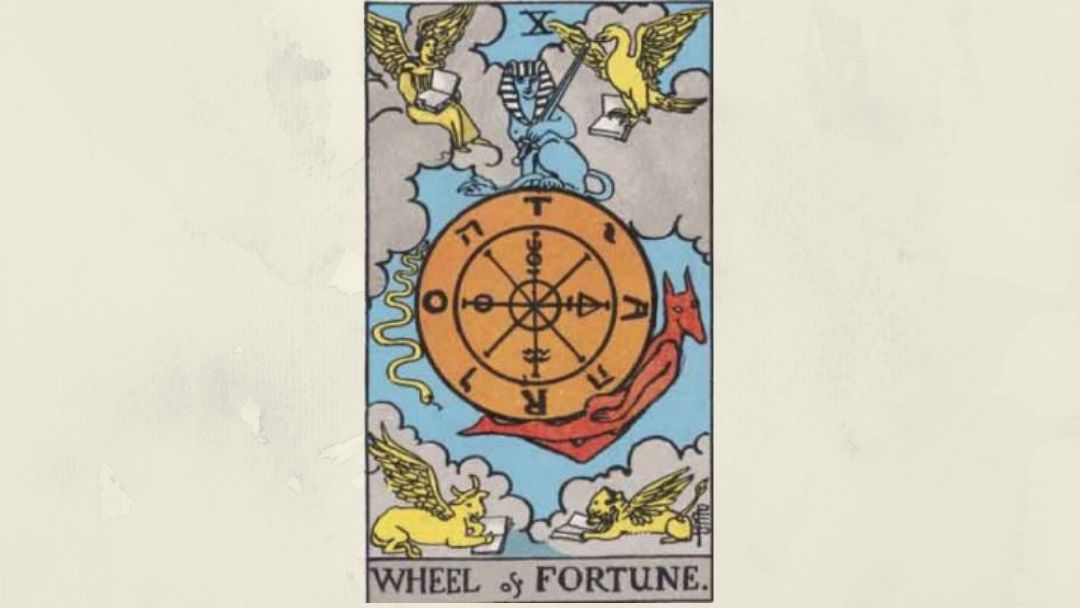 In this symbol I have again followed the reconstruction of Éliphas Lévi, who has furnished several variants. It is legitimate – as I have intimated – to use Egyptian symbolism when this serves our purpose, provided that no theory of origin is implied therein. I have, however, presented Typhon in his serpent form. The symbolism is, of course, not exclusively Egyptian, as the four Living Creatures of Ezekiel occupy the angles of the card, and the wheel itself follows other indications of Lévi in respect of Ezekiel’s vision, as illustrative of the particular Tarot Key. With the French occultist, and in the design itself, the symbolic picture stands for the perpetual motion of a fluidic universe and for the flux of human life. The Sphinx is the equilibrium therein. The transliteration of Taro as Rota is inscribed on the wheel, counterchanged with the letters of the Divine Name – to shew that Providence is implied through all. But this is the Divine intention within, and the similar intention without is exemplified by the four Living Creatures. Sometimes the sphinx is represented couchant on a pedestal above, which defrauds the symbolism by stultifying the essential idea of stability amidst movement.

Behind the general notion expressed in the symbol there lies the denial of chance and the fatality which is implied therein. It may be added that, from the days of Lévi onward, the occult explanations of this card are – even for occultism itself – of a singularly fatuous kind. It has been said to mean principle, fecundity, virile honour, ruling authority, etc. The findings of common fortune-telling are better than this on their own plane.

RWS symbols in the Wheel of Fortune

Corresponds to Kaph and the planet Jupiter, the Greater Fortune. Its influence is expansive, helpful, temperate.

Good fortune, a turn for the better, happiness. In questions where the Querant is beset by doubts and uncertainties, the solution of those difficulties.

Pride, arrogance, formalism; success turns the head of the person to whom the card particularly applies in the reading. “Pride goeth before a fall” is the clue to the Ill-dignified 10th Key.

“It symbolises Fortune, good or bad.” (M.) So this means happenings, facts. It is indeed in the Tenth house, that the relation between the Self and the Not-self crystallises into fact, happening, deed. Says P., identifying this card with the significance of the Hebrew letter Yod, that it indicates “the finger of man; the forefinger extended as a sign of command.” This clearly has to do with the significance of the Tenth house as that of authority and authorities, who are qualified to give commandments. The commandment itself comes under the same resort. “This letter has therefore become the image of potential (?) manifestation, of spiritual duration and, lastly, of the eternity of time.” In fact, the Tenth house of the zodiacal cycle, ruled by Saturn, has much to do with Time and manifestation in time, but not only potential; real as well.

X – THE WHEEL OF CHANCE

The Wheel of Life. The life ever changing and ever remaining the same. The Circle of Time and the four elements. The idea of the circle. 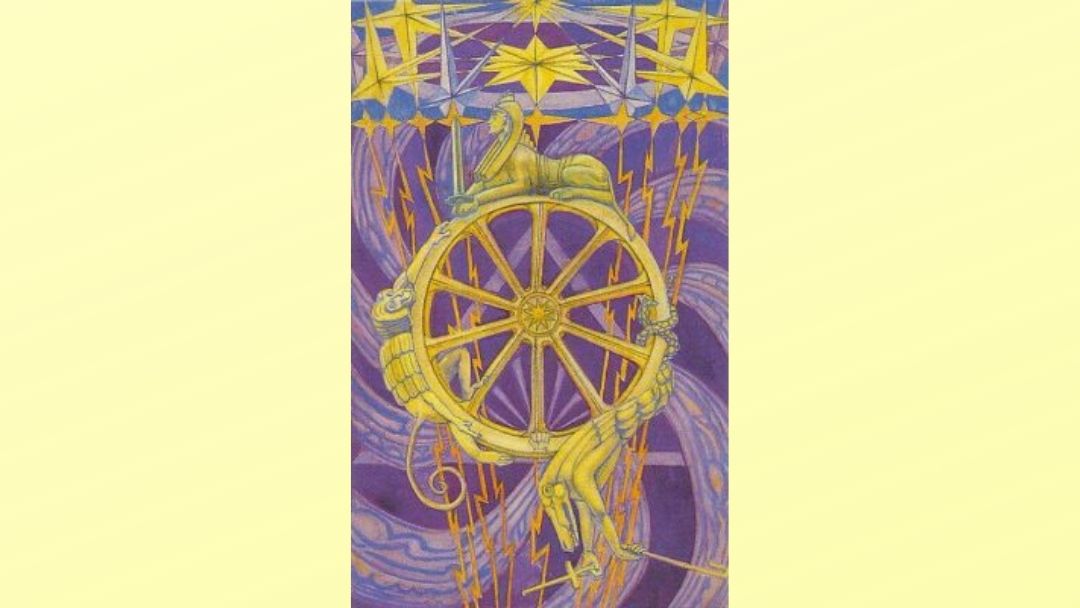 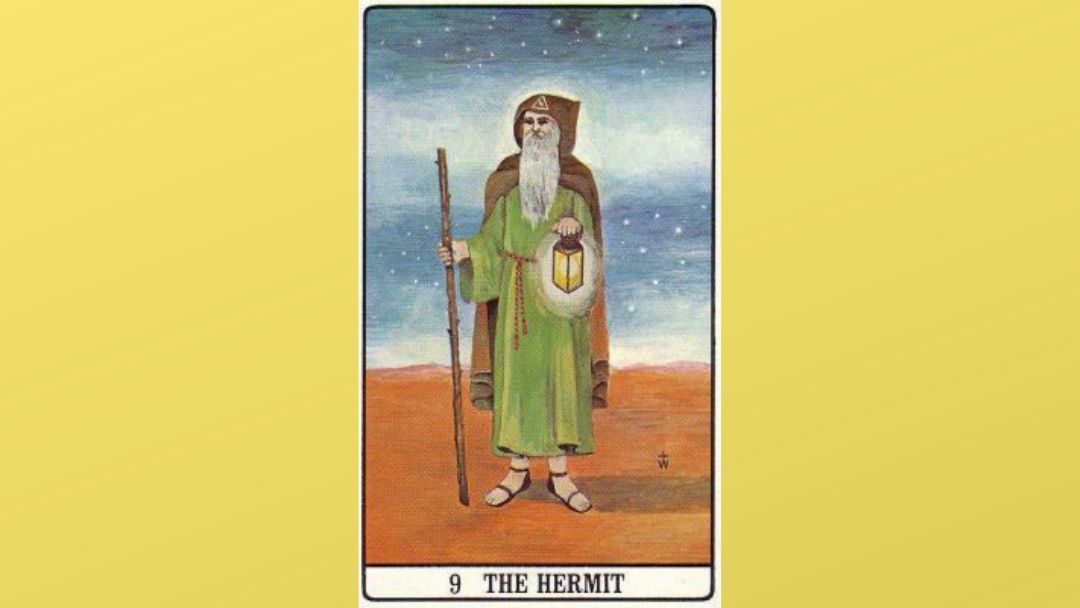 Wisdom sought for and obtained from above. Divine inspiration (but active as opposed to the Lovers).