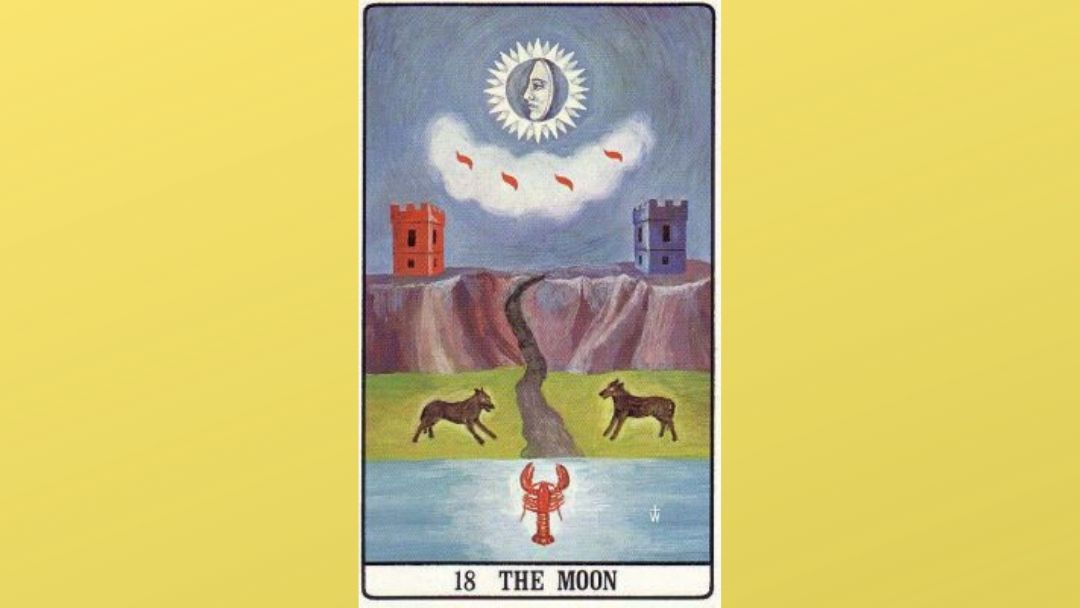 Divinatory Meanings of The Moon

Attributes of The Moon

Golden Dawn title of The Moon

Ruler of Flux and Reflux, Child of the Sons of the Mighty

Golden Dawn Description of The Moon

The eighteenth Key of the tarot … represents the Moon with four Hebrew Yods like drops of dew falling, two dogs, two Towers, a winding Path leading to the Horizon and, in the foreground, Water with a Crayfish crawling through it to the land. The Moon is in its increase on the side of Mercy, Gedulah and from it proceeds sixteen principle and sixteen secondary rays, which rnuke thirtytwo, the number of the Paths of Yetzirah. She is the Moon at the feet of the Woman in Revelations, ruling equally over the cold and moist natures and passive elements of Earth und Water. The Four Hebrew Yods refer to the Four letters of the Holy Name re-constituting the destroyed world from the Waters. It is to be noted that the symbol of the Sign is formed from two Lunar crescents of Gedulah and Geburah bound together. It thus shows the Lunar nature of the Sign. The Dogs are the Jackals of the Egyptian Anubis guarding the gates of the East and West, shown by the Two Towers between which lies the Path of all heavenly bodies, ever rising in the East and setting in the West. The Cray-fish is a Sign of Cancer and was anciently the Scarabeus or Khephera, the emblem of the Sun below the Horizon as he ever is when the Moon is increasing above. Also, when the Sun is in the Sign of Pisces the Moon will be well in her increase in Canccr as shown by the Crayfish emblem. 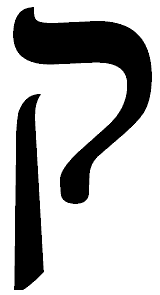 Qoph, the Back of the Head. The shape is fairly suggestive.

The letter Q has the value of 100 and is related to the zodiac sign Pisces, and The Moon Tarot card.

The Womb seething is the glamour of physiological upset while the Sun sleeps. Illusionary is the Initiator of Disorder. 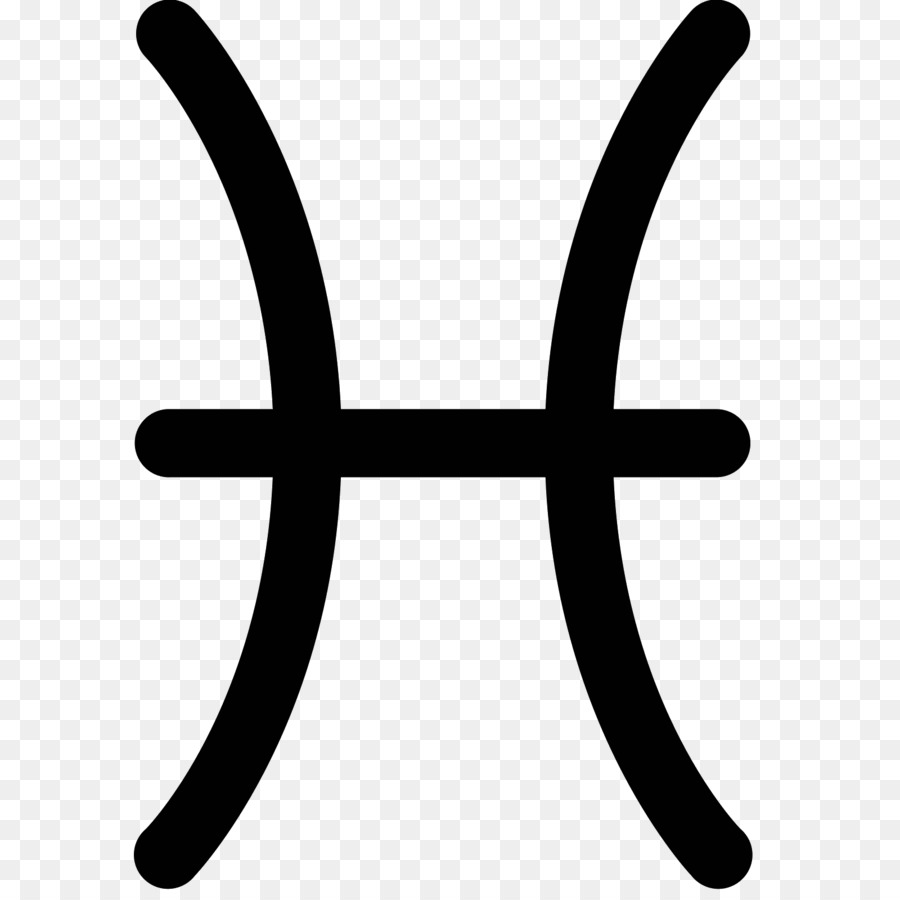 Pisces is the 12th sign of the zodiac ruled by Jupiter, mutable Earth. Associated with The Moon in the Major Arcana and the 8, 9 and 10 of Cups in the Minor Arcana.

The Twenty-ninth Path is the Corporeal Intelligence, so called because it forms everybody which is, formed beneath the whole set of worlds and the increment of them.

Deities associated with The Moon

Poseidon because of the watery nature of Pisces.

Hermes psychopompos, connected with the symbolism of Kephra travelling under the earth

Flora and Fauna of The Moon

Ambergris has comparatively little perfume of its own, but it has a virtue of bringing out the best of any others with which it may be mixed. In the same way, Kether cannot be said to have any intrinsic qualities, but its influence brings out the highest faculties of those ideas which it illuminates.

Pearl is referred to Pisces because of its cloudy brilliance as contrasted with the transparency of the other precious stones. It thus reminds us of the astral plane with its semi-opaque visions as opposed to those of pure light which pertain to purely spiritual spheres. One must not emphasize the connection water because the Pearl is not found in the type of water characteristic of Pisces.

The Beetle is Khephra, the Sun at midnight, who is shown travelling through the Pool of Night in ATU XVIII. Pisces, moreover, is that greatest darkness before the dawn of the year in the parallel symbolism. There is also a mystery in the fact that the Beetle  rolls up a ball of dung, thus constructing the Sun from the excrement of putrefaction. “It is from the excrement of Choronzon that one takes the material for the creation of a God.”

Pisces means fish, but, as previously indicated, actual fish do not belong here so much as to Mercury.

The Dolphin pertains to Pisces, principally because Venus is exalted in the sign, while its ruler, Jupiter, is also implied in that attribution of which we see the outcome in the title of the Heir-apparent to the Crown of France.

The Jackal is shown in ATU XVIII. he also feeds on excrement. The sign Pisces represents the apparent stagnation of the Work, its final decomposition. And it is at this moment that it is brought by the Redeemer – who has descended into the lowest hell for the purpose – across the threshold into the higher sphere. Note that it is because  of the condition of the experiment that the Work necessarily lends itself
to every form of glamour and illusion. Its nature is certain to be misinterpreted even by the Redeemer himself, insofar as he is compelled to fix his attention upon the Matter of the Work and so to lose sight for the moment of the essential truth which underlies its appearance.

The Dog is attributed to Pisces on account of his being sacred to the Moon, the title of ATU XVIII. The Dogs baying at the Moon, with the accompanying assumption of witchcraft and all that type of phenomena we associate with the treacherous semi-darkness of the waning moon, are shown in some variations of the Trumps by artists who did not understand the deeper symbolism of Kephra and Anubis. That false representation is exactly characteristic of the sort of thing that always is to be
expected to occur in connection with the work of the Magician in this sign.

The Mangrove is not merely a tree of the swamp, but actually produces swamps.

Unicellular Organisms are possibly attributed to The Moon because they are so frequently found in pools.

Opium relates to The Moon because of its power to produce a peaceful dreamy condition which is liable to end in the stagnation of the mental faculties.

Magical Attributions of The Moon

The Magic Mirror reflects astral forms. It is evidently cognate with the still waters of Pisces, and the entire symbolism is again obviously that of ATU XVIII.

The Twilight of the Place

Magical operations are usually performed in an artificial twilight; this represents the glamour of the astral plane which the magician proposes to illumine wit h the divine light. The natural attribution of this idea is evidently ATU XVIII.

Colour Scales of The Moon

Pisces is the symbol of the Astral Plane (The Moon). Its defect is the glamour and illusion. It has now been brought to a mental equilibrium signifying the adaptability of the ether to receive and transmit all types of vibration. 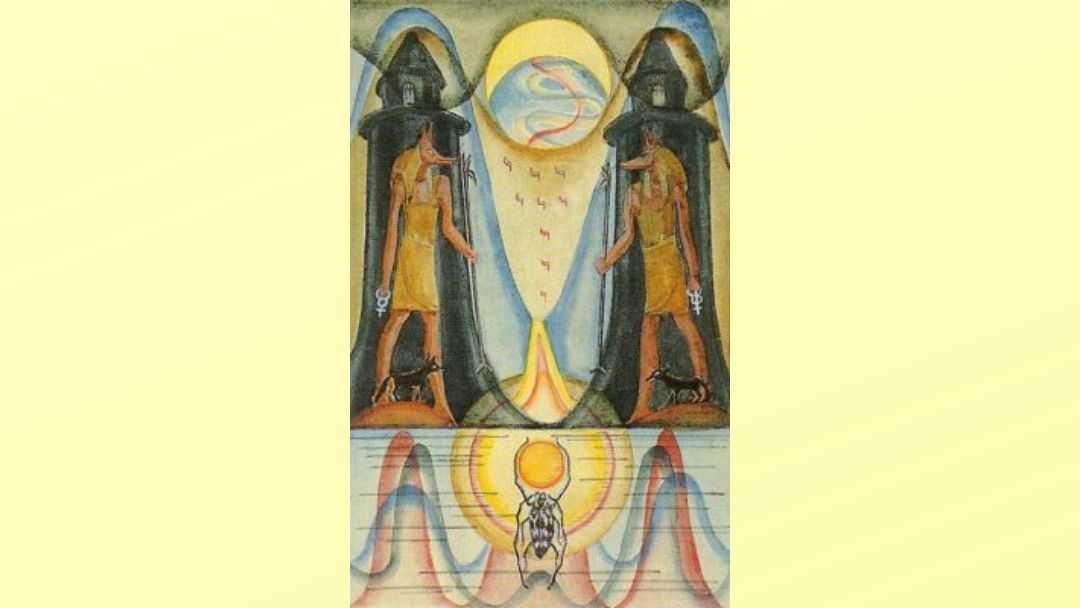 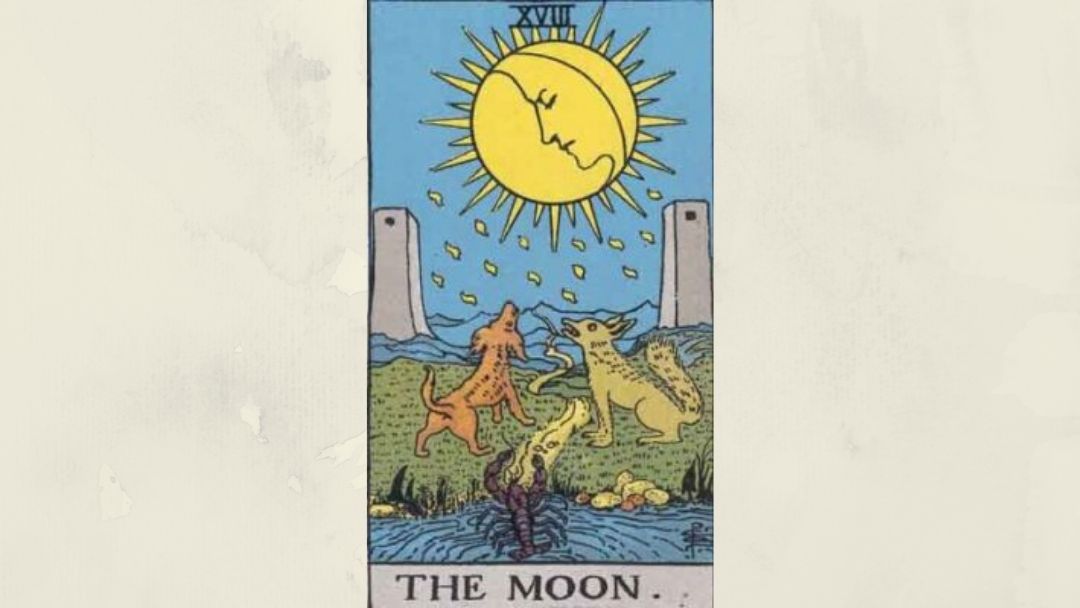