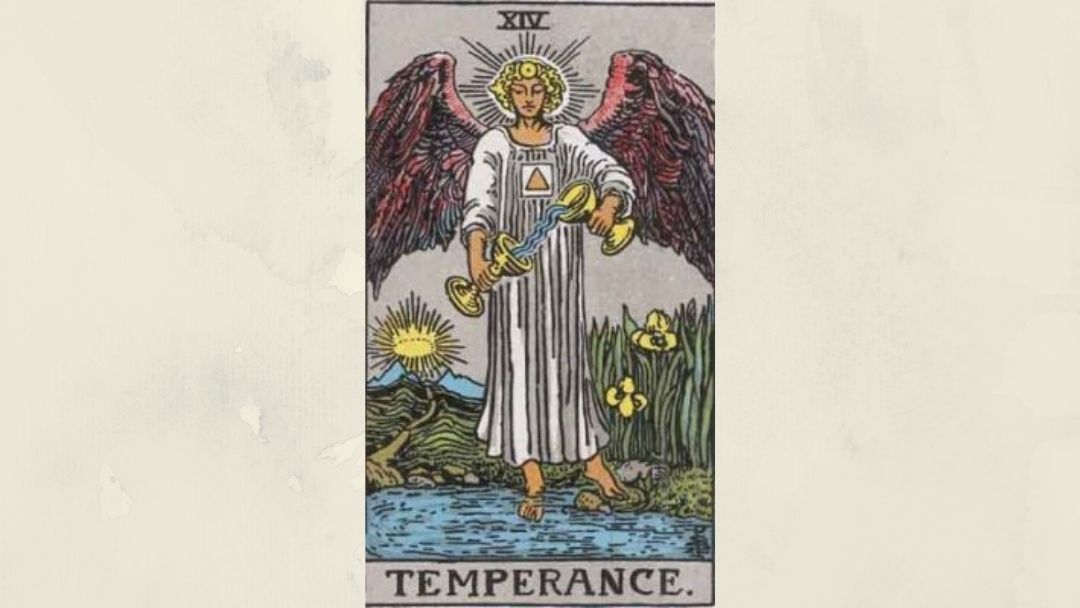 Things connected with churches, religions, sects, the priesthood, sometimes even the priest who will marry the enquirer.

A winged angel, with the sign of the sun upon his forehead and on his breast the square and triangle of the septenary. I speak of him in the masculine sense, but the figure is neither male nor female. It is held to be pouring the essences of life from chalice to chalice. It has one foot upon the earth and one upon waters, thus illustrating the nature of the essences. A direct path goes up to certain heights on the verge of the horizon, and above there is a great light, through which a crown is seen vaguely. Hereof is some part of the Secret of Eternal Life, as it is possible to man in his incarnation. All the conventional emblems are renounced herein.

So also are the conventional meanings, which refer to changes in the seasons, perpetual movement of life and even the combination of ideas. It is, moreover, untrue to say that the figure symbolizes the genius of the sun, though it is the analogy of solar light, realized in the third part of our human triplicity. It is called Temperance fantastically, because, when the rule of it obtains in our consciousness, it tempers, combines and harmonises the psychic and material natures. Under that rule we know in our rational part something of whence we came and whither we are going.

Etteilla: The Angel of the Apocalypse

The Angel of the Apocalypse

The Angel of the Apocalypse reversed

Convictions. The services of a priest, for whatever sacramental reasons determined by the other cards.

Connects, through the letter Samekh, with the zodiacal sign Sagittarius. The symbolism of the card is in close relation to many of the divinatory meanings.

Combinations; success in difficult and protracted enterprises; dealings with persons at some distance, or long journeys which will work out for good and ill, according to the placing of the card. Management, adaptation and economy.

“… the Genius of the Sun holding two cups and pouring from the one into the other the liquor which holds life.” (P.) — ” A winged angel with the sign of the sun upon his forehead … pouring the essences of life from chalice to chalice.” (W.) Another version has: “… pours the fluid of Life from golden vase into a silver one.” (P.) This is evidently the cosmic function next to the Sun, messenger of the same: Mercury or Vulcan, lord of the sphere of Virgo, surrounding the solar Leo-sphere. Other traditional descriptions confirm this: “It is the symbol of combinations, working incessantly in all regions of Nature.” (P.) On his breast this angel bears a square with inscribed triangle, reminding us of the passage of the cosmological Stanzas of Dzyan, “The Three fall into the Four,” which means the beginning of Manifestation.

The first attainment. The “Arcanum Magnum” of the occultists. The Fourth Dimension. Higher space. “Eternal Now”.