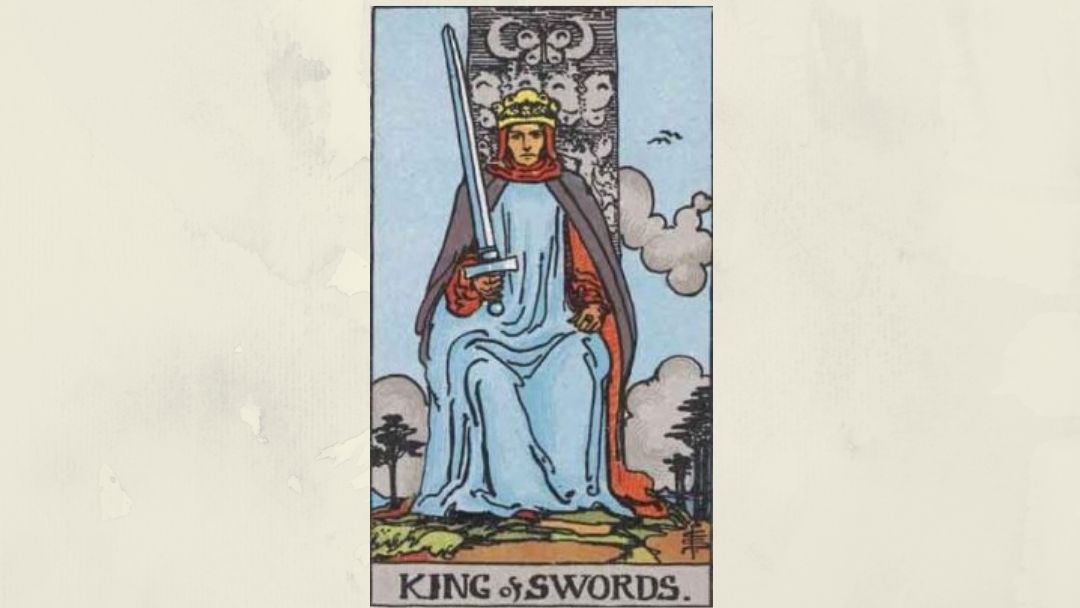 King of Swords keywords and Meanings

Whatsoever arises out of the idea of judgment and all its connexions—power, command, authority, militant intelligence, law offices of the crown, and so forth.

Additional Meanings: A bad man; also a caution to put an end to a ruinous lawsuit.

He sits in judgment, holding the unsheathed sign of his suit. He recalls, of course, the conventional Symbol of justice in the Trumps Major, and he may represent this virtue, but he is rather the power of life and death, in virtue of his office.

In the circle of the ankh is the letter YOD, as in the other Kings. This card refers primarily to the exercise of will-force on the astral plane. It symbolizes will to action.

From the beginning of the last decanate of Virgo to the end of the second decanate of Libra, or from September 13th to October 2nd, under the combined rulerships of Venus in Taurus, Venus in Libra, and Saturn-Uranus in Aquarius.

A man of strong and powerful imagination; hard worker, and having authority; keen in understanding law, and capable of excellent cooperation; yet somewhat distrustful and suspicious, therefore hard to convince. At the same time he sometimes surprises his friends by sudden changes of attitude, although he is usually over-cautious and analytical. Very observant.

He is friendly to the Querent, and will co-operate with him.

He is inimical, harsh, malicious and plotting; obstinate, and wholly unreliable.

The King of the suit of Earth, coming on the house of Aries, First house or ascendant. Whatsoever we may say of the ‘reversed’ side or weaker cases of this card, a king is a king and always denotes a higher accord, some one or something of principal value and rank. The king of the Martian and Saturnian element naturally is the king of matter and of war, i.e. also he who wins war and conducts the battle of earthy interests. It denotes the dominion and rulership of this element, consequently the military chief. This by the way we are astonished not to find mentioned by tradition, which mentions the man of the law, lawyer, advocate or judge, who rules or guides worldly strife and contention. As the ruler of the ascendant, the card may certainly mean any person heading a cycle of material activity and before all a pioneer on this plane, an independent man living on his own means. While material integrity is implicit, duplicity, doubt, double-dealing or uncertainty are definitely excluded. It indicates material certainty and severity, whether benefic or malific from a personal point of view, healthy or rude, even cruel. But we fail to see what it has to do with perversity, unless the meaning be the overruling of everything else, the higher by the material power, and the misuse of the latter. The card means an emphatic Yes. 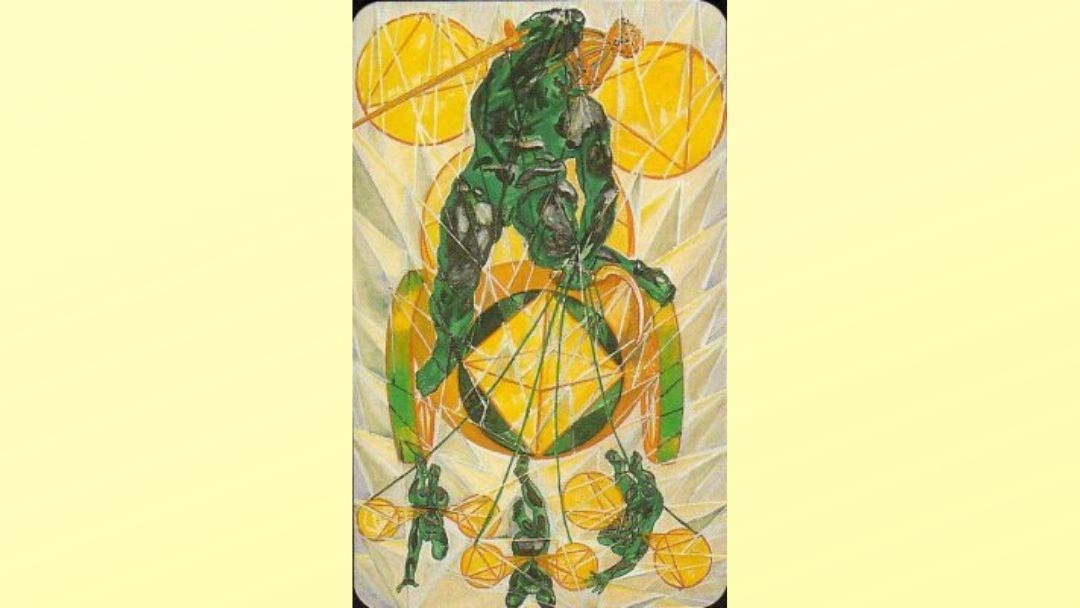 Prince of Swords – Book of Thoth 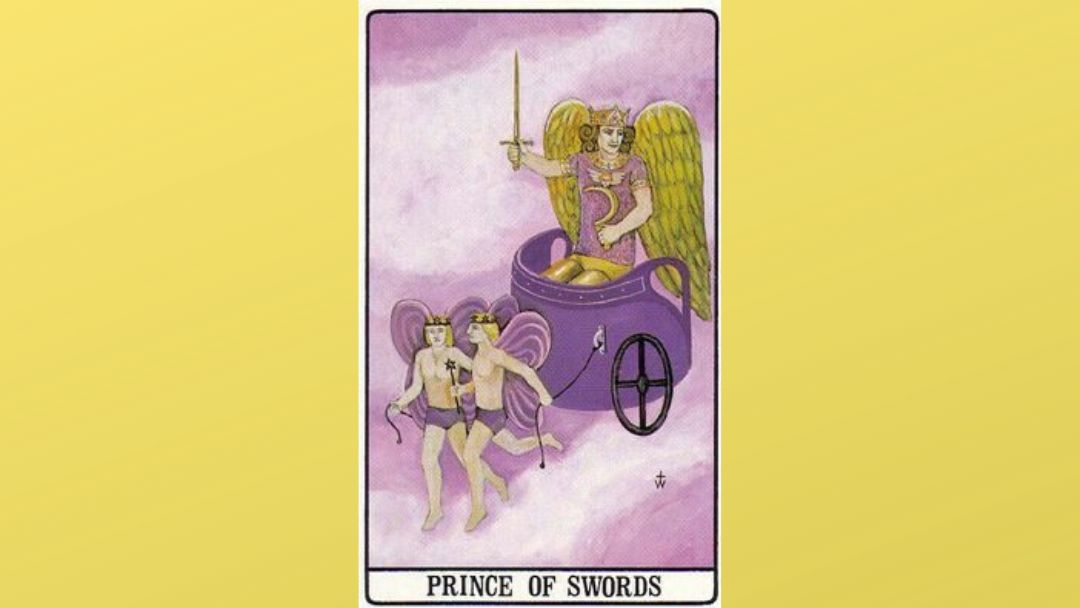