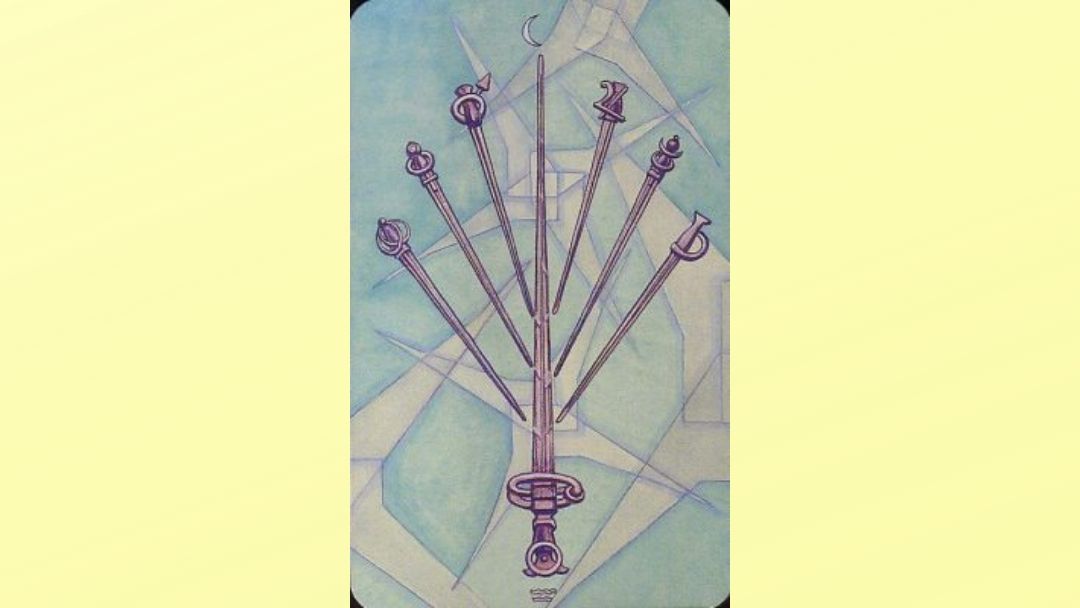 Futility means quality of being ineffective, useless. Lack of purpose or meaning.

The Seven of Swords wonders if all that inspiration, all those new ideas and experiences, were they worth it? Is there any point to them? It is time to come out of your comfort zone and extend and stretch your intellectual experiences. How much do you really believe? Can you extend your mind? What is mind anyway?

The Seven of Swords is called Futility. This is a yet weaker card than the Seven of Wands. It has a passive sign instead of an active one, a passive planet instead of an active one. It is like a rheumatic boxer trying to “come back” after being out of the ring for years. Its ruler is the Moon. The little energy that it possesses is no more than dream-work; it is quite incapable of the sustained labour which alone, bar miracles, can bring any endeavour to fruition. The comparison with the Seven of Wands is most instructive.

Magical Image of the Third face of Aquarius in Picatrix

In the third face of Aquarius ascends a black and angry man; and the signification of this is in expressing insolence; and impudence.

The third face of Aquarius is ruled by Venus, from February 9-18th 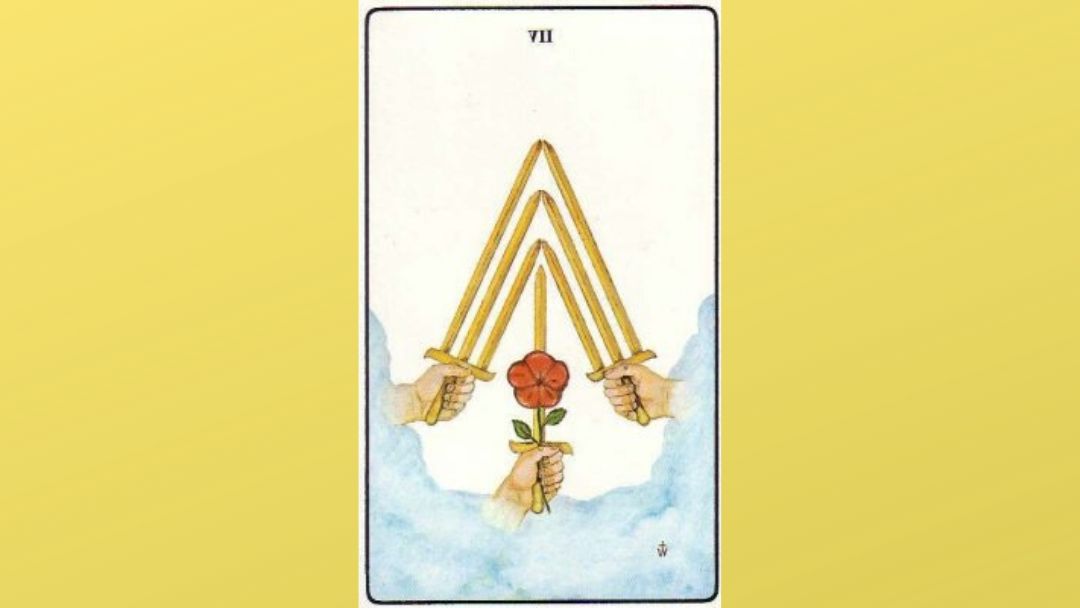 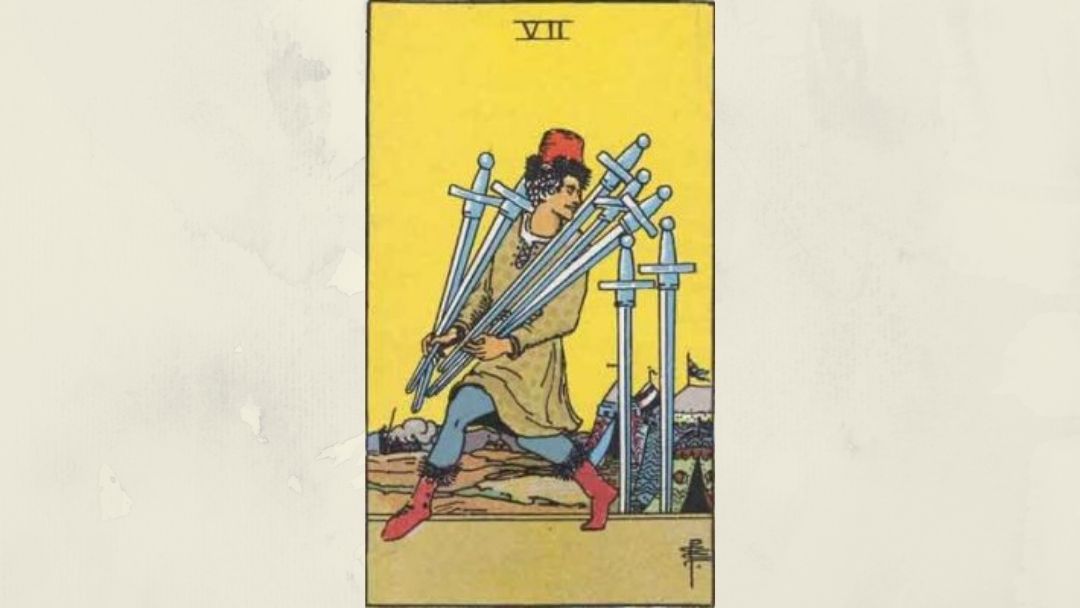