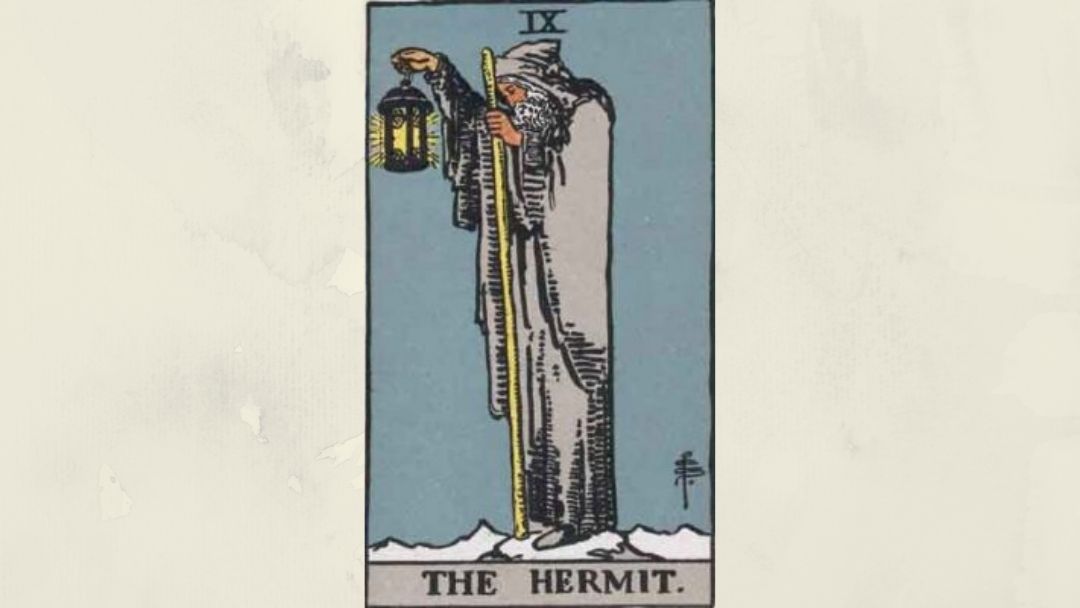 The variation from the conventional models in this card is only that the lamp is not enveloped partially in the mantle of its bearer, who blends the idea of the Ancient of Days with the Light of the World It is a star which shines in the lantern. I have said that this is a card of attainment, and to extend this conception the figure is seen holding up his beacon on an eminence. Therefore the Hermit is not, as Court de Gebelin explained, a wise man in search of truth and justice; nor is he, as a later explanation proposes, an especial example of experience. His beacon intimates that “where I am, you also may be.”

It is further a card which is understood quite incorrectly when it is connected with the idea of occult isolation, as the protection of personal magnetism against admixture. This is one of the frivolous renderings which we owe to Éliphas Lévi. It has been adopted by the French Order of Martinism and some of us have heard a great deal of the Silent and Unknown Philosophy enveloped by his mantle from the knowledge of the profane. In true Martinism, the significance of the term Philosophe inconnu was of another order. It did not refer to the intended concealment of the Instituted Mysteries, much less of their substitutes, but – like the card itself – to the truth that the Divine Mysteries secure their own protection from those who are unprepared.

Symbolism of the Rider-Waite Hermit card

There are no obvious symbols.

Corresponds to Yod and the sign Virgo. In its deeper occult meaning this card is closely connected with alchemical symbolism, through the rulership of Mercury in Virgo.

Light and guidance from higher realms. Aid from superiors and inferiors. Good for Health.

The Querent will suffer from misunderstanding and isolation; may expect active opposition from superiors and inferiors; may have to engage in unpleasant or menial occupations; and will be in danger of illness.

P.: “Humanity fulfilling the function of God the Holy Spirit. The human creative force.” Indeed this is clearly Sagittarius for every astrologer. The author might have mentioned in the same line that the Hierophant (Leo) represents God the Son.

The Hebrew letter Thet represents a roof and suggests the idea of safety and protection… protection ensured by wisdom.” The astrologer says: the Ninth house is the house of the Master — idea of wisdom and protection in one; the Master in fact shields his disciples like a roof… in some way. 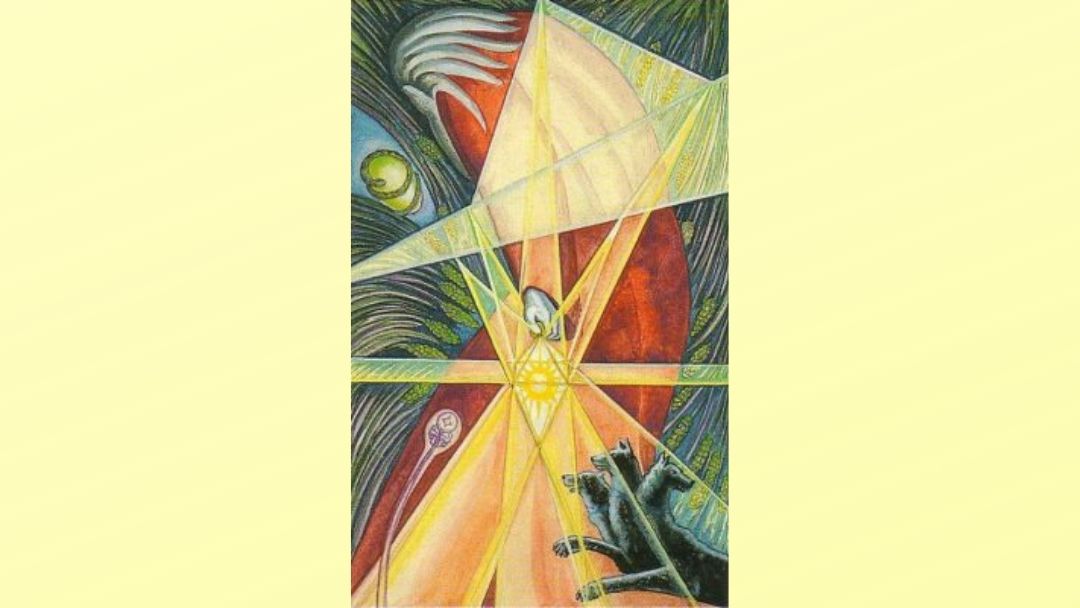 Illumination from within, secret impulse from within; practical plans derived accordingly. Retirement from participation in current events. 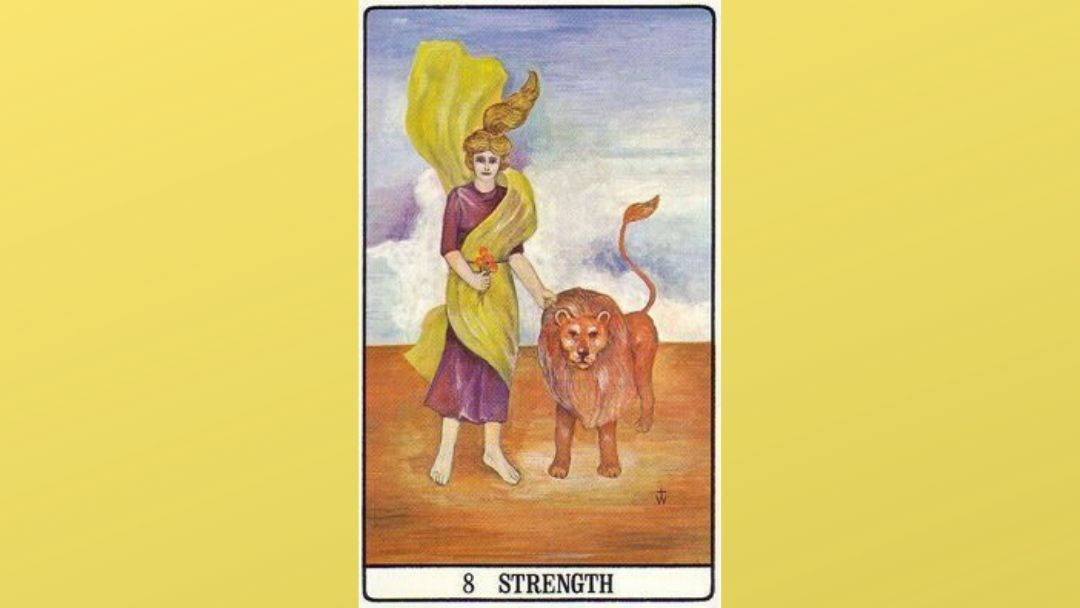 Courage, strength, fortitude. Power not arrested in the act of judgement, but passing on to further action, sometimes obstinacy.