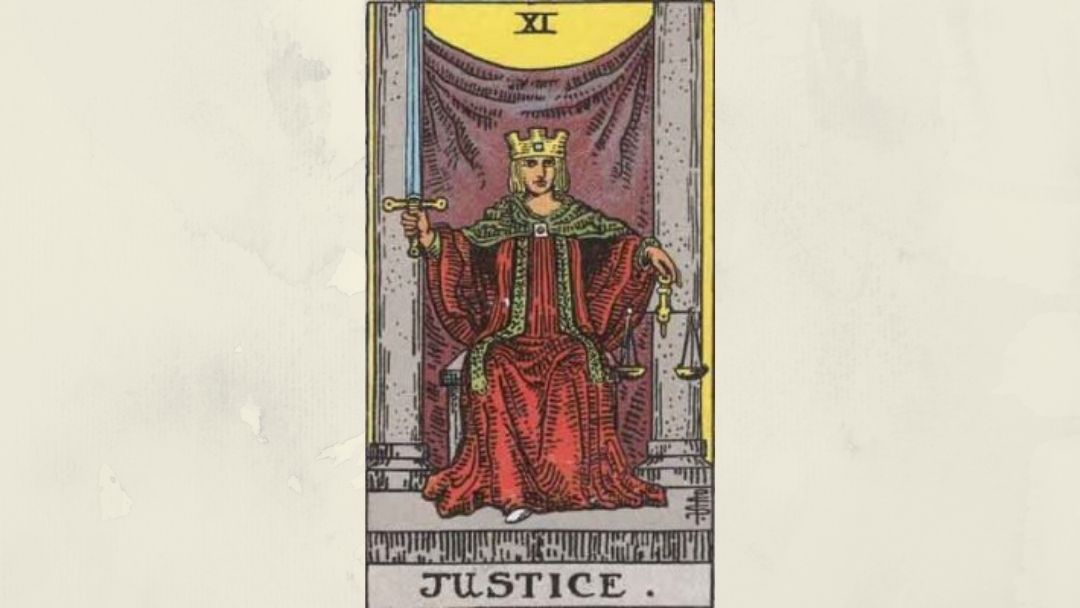 Equity, rightness, probity, executive; triumph of the observing side in law.

As this card follows the traditional symbolism and carries above all its obvious meanings, there is little to say regarding it outside the few considerations collected in the first part, to which the reader is referred.

It will be seen, however, that the figure is seated between pillars, like the High Priestess, and on this account it seems desirable to indicate that the moral principle which deals unto every man according to his works – while, of course, it is in strict analogy with higher things; – differs in its essence from the spiritual justice which is involved in the idea of election.

The latter belongs to a mysterious order of Providence, in virtue of which it is possible for certain men to conceive the idea of dedication to the highest things. The operation of this is like the breathing of the Spirit where it wills, and we have no canon of criticism or ground of explanation concerning it. It is analogous to the possession of the fairy gifts and the high gifts and the gracious gifts of the poet: we have them or have not, and their presence is as much a mystery as their absence. The law of Justice is not however involved by either alternative. In conclusion, the pillars of Justice open into one world and the pillars of the High Priestess into another.

Corresponds to the letter Lamed, and to the zodiacal sign Libra.

Balance, equilibrium, especially emotional stability; good Karma. Is often an indication of successful dealings with the public, and if Well-dignified is favorable in all questions involving legal matters, partnership, or marriage.

The astrologer says, that the Eleventh house is the house of the ‘friends.’ This means, that it contains those who are with us, and that which we have within the limit of our power, because ‘friendly,’ is that which is understood. The forces of nature, which we have mastered, are friendly to us and this is very well expressed by the woman who “is closing the jaws of a lion.” The latter stands for passion more particularly. She derives this force from the eternal or superhuman and this is indicated by the lemnescate above her head. In older editions of the card 4 we find half the symbol for Aquarius, as a line of vibration added to it: …

Viewed from a purely astrological standpoint it is evident, that the force to conquer Leo should be found in the opposite sign, Aquarius. Early Renaissance must have seen this in the same way, as we find exactly the same image — only with one difference: it is there a young man, not a woman — a man closing the jaws of a lion in the capital of a pillar in the church of St. Andrew-the-Less in Vienna. Which proves at the same time, that the chosen image is not of a very recent date. (Musee du Trocadero: Paris.) 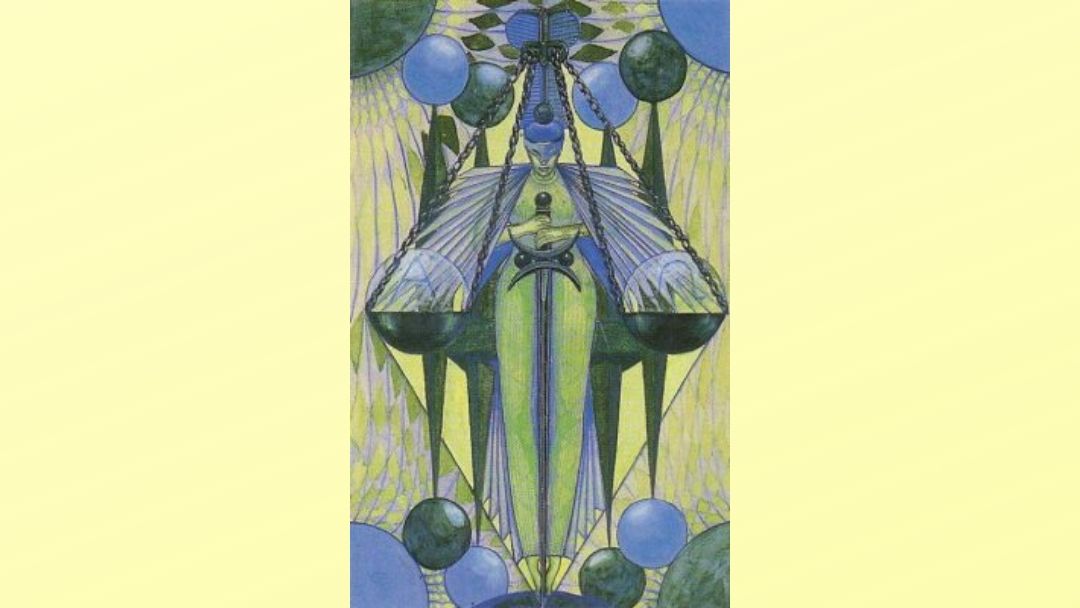 Justice, or rather justesse, the act of adjustment, suspension of all action pending decision; in material matters, may refer to law suits or prosecutions. Socially, marriage or marriage agreements; politically, treaties. 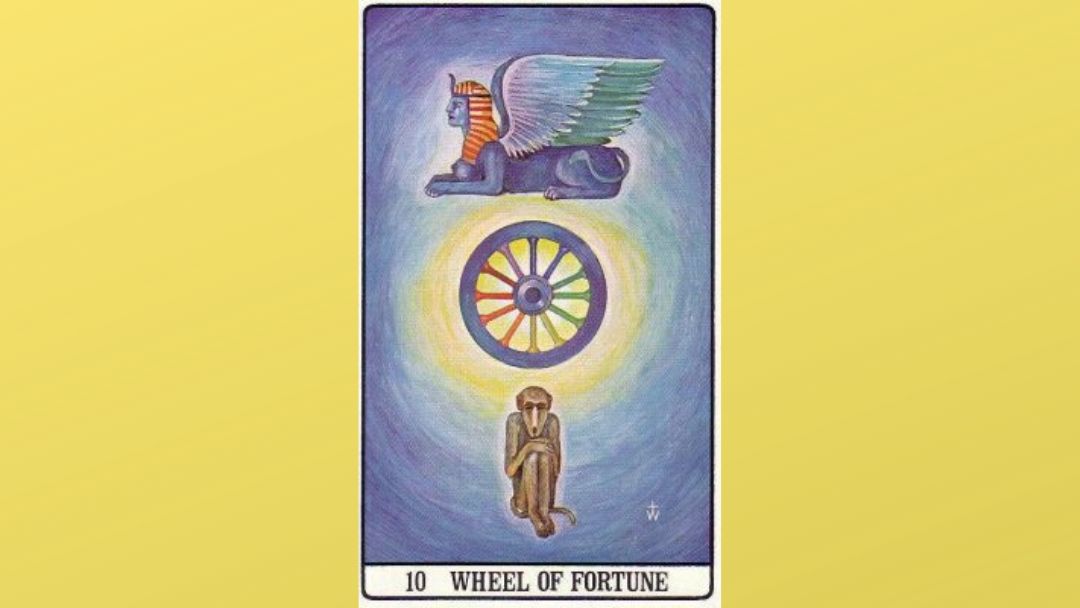