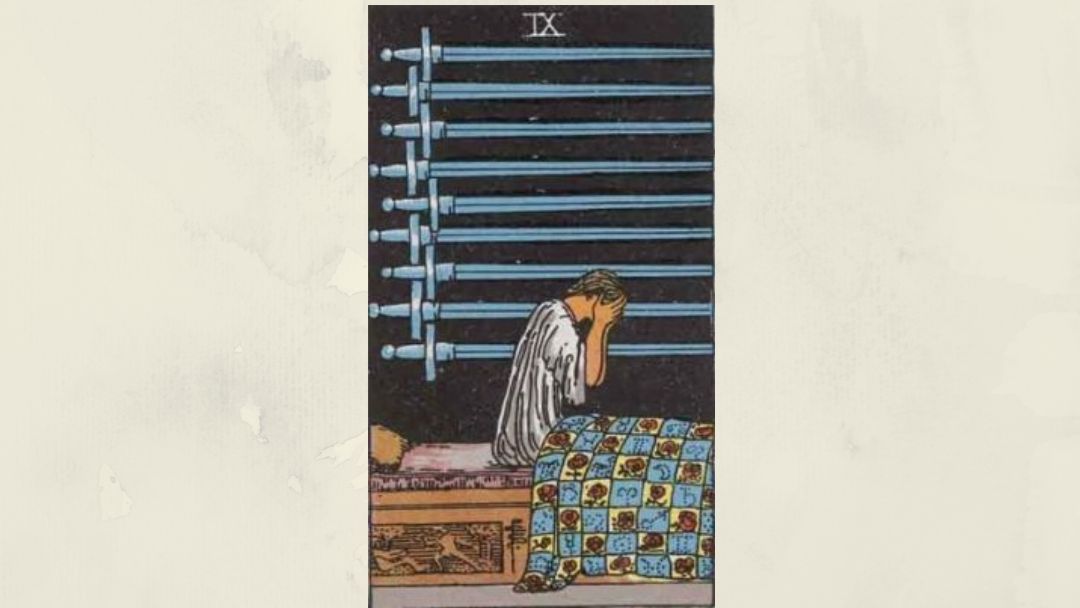 One seated on her couch in lamentation, with the swords over her. She is as one who knows no sorrow which is like unto hers. It is a card of utter desolation.

Additional meanings: An ecclesiastic, a priest; generally, a card of bad omen.

Additional Meanings: Good ground for suspicion against a doubtful person.

The crescent on the ankh refers to the Qabalistic attribution of the number 9 to the Sphere of the Moon.

The second decanate of Genini, under the rulership of Venus, from May 31st to June 9th.

Faithfulness, obedience, unselfishness, patience; fortunate news about legal affairs or partnerships, especially if the outcome has been delayed or in doubt; aid or gain through relatives, short journeys, or writings, but not until the Querent has passed through a period of more or less uncertainty and worry; ultimate good fortune resulting from a series of events which present unfavorable appearances at first.

On the house of Sagittarius, the Ninth, the element of Earth must of course relate to the earthy side of religion, i.e. the material expressions of it, to the more heavy, earthy, materialistic mind and its ideas about religion, ethics, etc. It is not very flattering for priesthood in general, perhaps, that from this sort of condition have come so many of those who call themselves ecclesiastics, but still it is natural, because the ‘ecclesia,’ which has been built upon the rock (Petrus = Capricorn,) is served by the teachers or inspirers of it, to be found in the preceding house. In lay language this means: the expression of religion, of ideals and ideas, descending into matter, taking material shape and culminating in the church or monastery, which, however, come under the tenth house, and into dogma and creed under the ninth. Under the latter’s influence are the representatives of dogma and creed, viz. priest, officiant, monastic or monk. It is fairly sure, that from the essence of this card arises inquisition and every sort of intolerance, religious intolerance above all, because the materialistic mind thinks itself in possession of the only expression of Truth, and condemns every other. So this card nay also indicate all sorts of hard judgment, rigid attitudes of mind, orthodoxy. For this indeed is the meaning of materialism in religion and ethics. When the material expression of truth and ideals is at its height, it reaches the value of rite and ritual or religious ceremony, which at its best stands in relation to dogmatism as the jewel to simple stones or dry sand.

Dogma, dogmatism, ecclesiastic spirit, scholastic mind, creed, rite, ritual, ceremonial. The persons representing these. Hard judgment, orthodoxy, rigid attitude of mind, ascetism. Intolerance, inquisition. The ‘fear of God’ may well be turned into hatred of mankind. In weak cases there may be swearing, atheism, agnosticism, shyness, miscarriage, shame, false evidence given, error of judgment. In strong cases the mind is scrupulous, conscientious, and in strict accord with time and fashion. 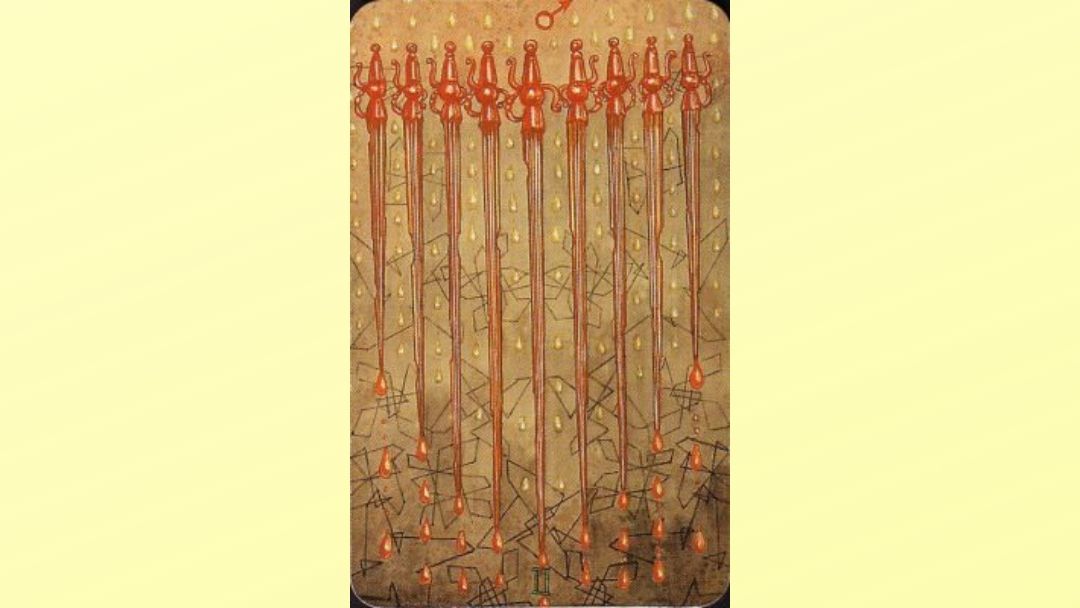 Dissociated thinking from the Eight of Swords results in gloom, despondency and despair. Suffering and sorrow. 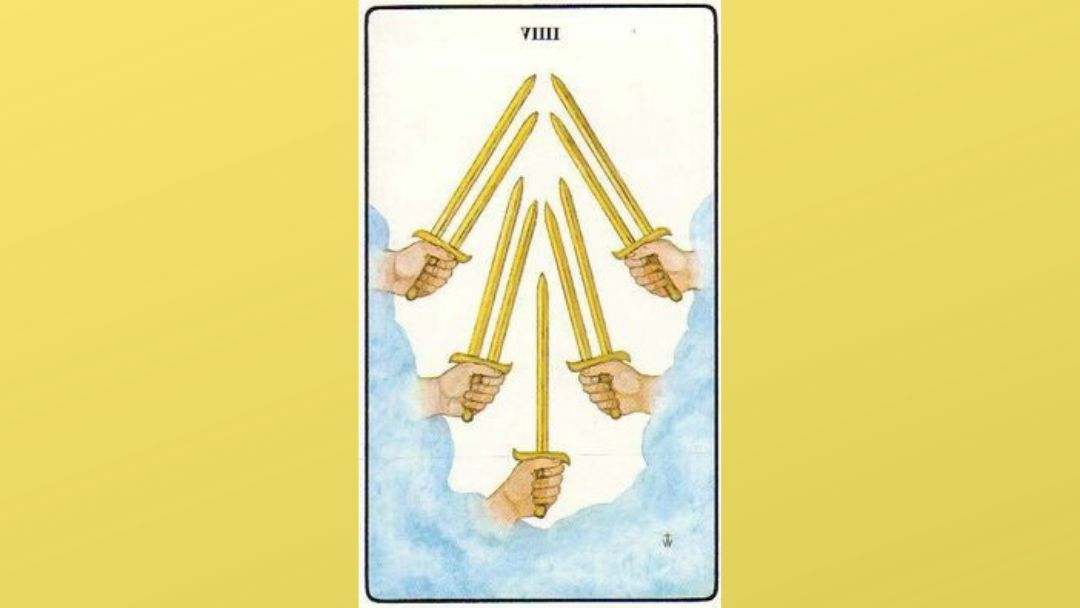 Lord of Despair and Cruelty – 9 of Swords – Golden Dawn